City Hall staff to down tools over welfare matters 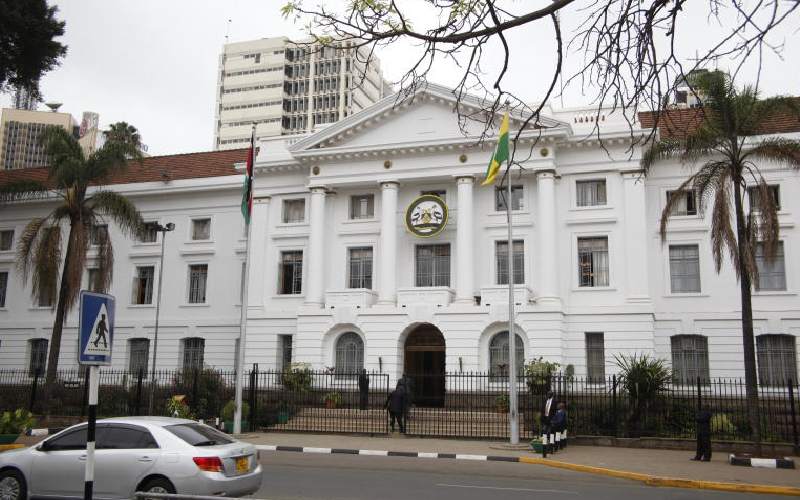 "We have decided to go on with our parade regardless of the outcome of the meeting. We are keen on having the parade so that we can make sure that our plight as workers is addressed and solutions to our grievances are implemented,” he said.

Last week, the workers issued a seven-day strike notice and threatened to paralyse county operations citing stalled promotions and failure to remit their pension deductions as well as retirees’ benefits.

The staff are angered by pending disciplinary cases, worn-out staff uniforms and failure to designate their jobs afresh.

They also called for better handling of issues such as work injury compensation, payment of overtime, refund of tuition fees allowance and granting of off-duty days.

"We hereby call on all Nairobi County Government workers to adequately prepare to assemble at City Hall starting from February 4, 2020. It has come a time where workers must stop working to pursue their welfare affairs,” read the notice addressed to County Secretary Leboo Morintat.

Benson Olianga, another union branch secretary, accused the Nairobi County Public Service Board of being an impediment to the timely resolution of disciplinary cases. He argued that the board had failed in its mandate as provided for under the County Governments Act.

But in a bid to avert the looming strike, City Hall yesterday called for a meeting with the union officials aimed at reaching a middle-ground with the workers and avoiding paralysis of services at key institutions; namely, county hospitals, health centres, the city mortuary, ECDE centres, City Hall and City Hall Annex.

Devolution Executive Vesca Kangogo said the meeting had been called to update the workers on the measures being taken to address their plight and also to ensure that service delivery was not interrupted.

By the time of going to press, Waweru said both parties were still deliberating.

In November last year, Ms Kangogo said they had promoted 2,153 staff, including nurses and clinical officers to avert a strike called by aggrieved workers. She added that they had fruitful deliberations between representatives of the Kenya Clinical Officers Union and Kenya National Union of Nurses.

City Hall, Kangogo said, had spent Sh99 million out of a Sh130 million budget set aside for promotions. She explained that the rest of the funds would be used to pay for the second phase of promotions that targeted 600 officers not in the common cadre.

Interview with nurses union official on the impending strike part 2

By Perminus Wainaina | 3 days ago

By Kennedy Gachuhi | 7 days ago

By Stevens Muendo | 8 days ago

By Philip Mwakio | 8 days ago