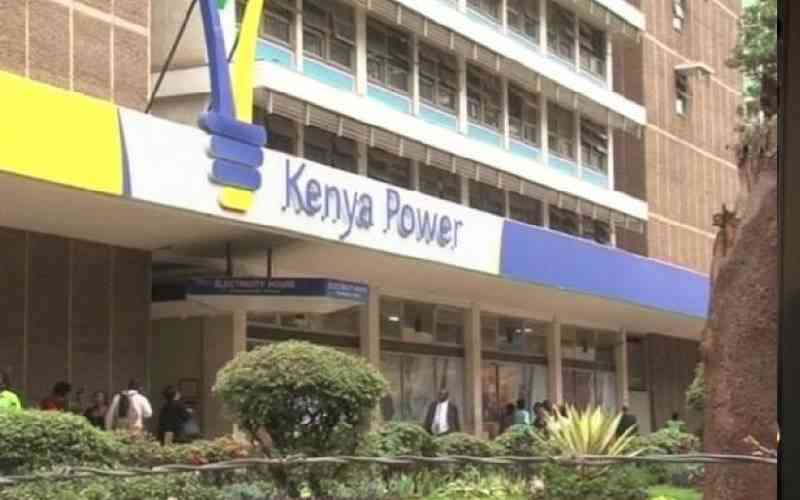 This could complicate the firm's turnaround plans because while it may have bounced back to profitability after the Sh939 million loss after tax it posted in 2020, it still has a negative working capital.

At the same time, IMF warned the Government against implementing further electricity price cuts unless backed by verifiable reductions in costs within the sector. The reduction in the cost of electricity was effected in January. The IMF warning dims Kenyans' hopes of a further reduction in electricity costs, including the second tranche of 15 per cent promised by President Kenyatta.

The Energy and Petroleum Regulatory Authority (Epra) in January gazetted a new tariff, whose result was a reduction in the cost of power by 15 per cent on average.  This was in line with a presidential directive, whereby the January tariff cut was supposed to be the first tranche with another 15 per cent – which would bring the total reduction to 30 per cent - promised in the course of the first quarter of this year but was never implemented.

The initial reduction appears to have been achieved by getting Kenya Power to take a big hit. This is unlike the position held by authorities that the firm would not shoulder the reduction along and instead all players along the electricity supply chain would chip in.

“The tariff reduction has aggravated the firm's pre-existing liquidity challenges by lowering revenues by an estimated Sh26.3b per annum, while additional cost-saving measures currently identified across the electricity supply and distribution chain would only yield benefits over time and are not sufficient to fully offset this revenue impact,” said IMF in the report.

The revenue loss, according to the National Treasury’s disclosures to IMF, would be covered by cost-cutting measures by Kenya Power as well as Treasury advancing some Sh14.1b over the two financial years to June 2023. Kenya Power has already received Sh7.05b for the year to June 2022. Treasury plans to give the firm another Sh7.05b over the current financial year.

IMF said Kenya Power needs to back on solid footing as its current shaky position puts at risk the entire power sector. Nearly all players – public and private – in the power sector depend largely on Kenya Power to purchase their power while all grid electricity consumers rely on the firm for supply.

“The authorities anticipate providing budget support to KPLC in 2021/22 financial year and 2022/23 financial year as temporary relief. Without stronger actions on cost-saving measures KPLC’s liquidity concerns would persist, creating an adverse feedback loop to the rest of the electricity sector and the budget,” said IMF.