Lobbying on for plum State jobs as holders set to retire 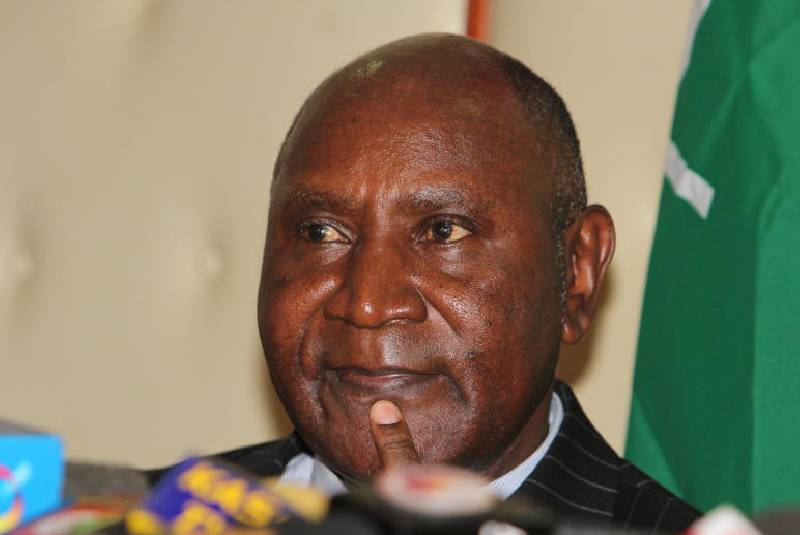 Intense lobbying has started for plum positions in government whose occupiers are expected to exit in coming months. This presents a tough balancing act for President Uhuru Kenyatta who is currently in the middle of a political storm.

Also expected to exit due to the end of their terms or on attainment of retirement age is Controller of Budget Agnes Odhiambo, Kenya Revenue Authority Commissioner General John Njiraini and all commissioners in the National Lands Commission (NLC), whose term expires on February 19.

The process to find a replacement for members of NLC, led by Muhammad Swazuri, is however yet to start, despite the understanding that it would take at least four months to get new commissioners. It is through this understanding that NLC vice chair Abigael Mbagaya wrote to the President in September, informing him of their imminent retirement. Other NLC commissioners are Samuel Tororei, Abdulkadir Adan Khalif, Tomik Konyimbi, Silas Kinoti, Rose Mumbua, Muthoni Njogu and Clement Isaiah Lenachuru.

“The NLC, a constitutional commission established under Article 67, was sworn into office on February 20, 2013, and the term of the current commission comes to an end on February 19, 2019. The purpose of this letter is to notify you of the imminent end of term of the commission,” wrote Mbagaya to the President.

Among the positions expected to be vacant, it is Kinyua, Boinnet and Njiraini’s seats that have attracted the most interest from power players and brokers. Senior civil servants and their cronies have been directly lobbying to the President’s inner circle and his family, hoping to get consideration when the positions fall vacant.

Boinnet, a career spy turned police boss who is credited for reigning in terrorism and leading the police reform process, will retire on March 11, at the end of his four-year term.

“The Inspector-General shall be appointed for a single four-year term, and is not eligible for re-appointment,” says the Constitution.

Those in the know say with the country approaching a transfer of presidential power in less than four years, the selection of the next IG will not just be about who will be in charge of the police but it would be heavily influenced by politics.

The National Police Service Commission (NPSC), which is supposed to seek for Boinnet’s replacement, has not been constituted yet, following the expiry of the term of the first commission in September last year. A panel has already been selected to search for new commissioners and is currently reviewing applications for the positions.

Both Kinyua and Njiraini are serving extension of their terms on the instructions of the President. Njiraini was supposed to retire on March 3, last year but the KRA board gave him a one-year extension.

Mr Kinyua, 67, has stayed in office despite requesting to retire in 2016 as President Kenyatta has been unwilling to let go of his right hand man for fear of sparking a war of interests at the presidency. Highly placed sources say three senior civil servants are top contenders in the race to replace Kinyua if he retires.

State House Chief of Staff Nzioka Waita, his deputy Njee Muturi and Kinyua’s deputy Wanyama Musiambo are among those likely to take up the position, which basically is in charge of all staff working for the national government.

Whoever takes the position will play a key role in the Uhuru succession which is probably why the President is taking his time in finding Kinyua’s replacement.

At the audit office, Mr Ouko has been walking a tightrope trying to juggle his office’s legal mandate and the overwhelming pressure by individuals in government who have been pushing for his ouster for the last three years over his queries on state spending. At one point, legislators threatened to hound him out of office.

On the other hand, Osugo was supposed to retire in August last year after an extension of his term by the President.