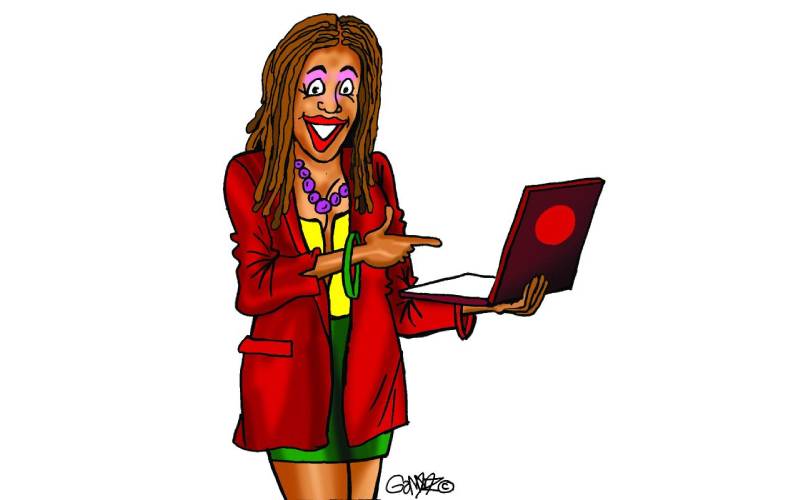 At Nairobi’s Baba Dogo, the home of industrial giants powering Kenya’s economy, millennials have taken over.

“This could be a more fun workplace. We are working towards it. Perhaps we could paint these walls differently or have a game room,” says Kenafric Chief Executive Mikul Shah.

Looking debonair in his designer spectacles and fashionable haircut, it is easy to understand why his employees describe him as the “coolest boss ever.”

There is a celebrity-like aura about him as he enters the boardroom and when he leaves at the end of our interview.

The youthful Shah represents a seismic generational shift that is shaking up the country’s corporate scene as new managers and workers – cool, fun, social-media savvy and more vocal – announce their arrival.

This year, millennials, (typically persons born between 1981 and 1996 as per the American definition), began hitting age 40, with the rest of them well into adulthood.

The older millennials now occupy top leadership roles and also dominate the global workforce, with consultancy firm PWC saying they accounted for about 50 per cent of workers last year.

They are steadily taking charge of the economy as they steer firms and make decisions that affect thousands of livelihoods. This is as Generation Z - born after 1996 – are hot on their heels, changing the modern workplace from their interaction with authority to their dress code.

In a special series, Financial Standard is examining the two generations as they take over the running of the country’s and global economy.

Millennials and Generation Z, who came of age with the Internet, have been accused of laziness, narcissism, entitlement and racking up debt without a care.

However, looking at the social, economic and political sphere, locally they grew into adulthood witnessing a financial crisis, post-election violence and the Covid-19 pandemic. They’ve minted billions of shillings from goldmines such as technology, disrupted industries and no longer care about a narrow career path or toeing the line.

Mr Shah is part of the new blood now in management. He has over the last few years been making his presence felt at Kenafric, one of the region’s largest confectionery, biscuits and beverages manufacturers.

The firm was founded in 1987 by his father and three uncles (the Chedda family) and has since grown into a multi-billion shilling industry, employing about 2,000 directly and 7,500 others indirectly.

He agrees there’s a change in the leadership style, moving away from the hammer-down approach of his predecessors.

“It’s more collaborative... there’s also more flexibility and understanding than there was before. It’s less about the time spent at your desk and more about the effectiveness at your job.”

“I see more and more people [now] value a balance between work and other activities, such as family and of course thanks to tech, it’s become easier to become more efficient,” added Shah.

Still in Baba Dogo, Darshan Chandaria, the scion of the Chandaria business empire, has also been outlining his leadership style.

A seasoned investor, he’s the founding and managing partner of Chandaria Capital and was also one of the investors of the hit TV show KCB Lion’s Den where entrepreneurs pitched business ideas to a panel of serial Kenyan investors.

He has funded firms such as beverage dealer Savannah Brands and medical tech provider Ilara Health.

He told Financial Standard that executive jobs now have more flexible hours, with performance being measured against achievement rather than long man-hours.

The work-from-home revolution caused by the Covid-19 pandemic has also accelerated this.

“We are already seeing a greater frequency of professionals changing jobs more frequently and, therefore, planning for executives like myself has to be shorter-term for employees at all levels of the organisation,” said Mr Dashan.

He adds that the relationship with employees has also changed and become more like between two buddies rather than the traditional boss-worker relationship.

“Today, you need to be able to understand a person’s wants and needs professionally as well as their social and family needs to make them feel more comfortable,” said Darshan.

Employers and managers, he further explained, must ensure that a firm is not only growing to keep improving the financial package of an employee but also be ahead in technology, innovation and best practices as employees today want a wholesome experience on their development.

“Due to social media and internet access, they are reading about such developments and practices globally and aspire to work at organisations that stand out from the rest on a wholesome development perspective,” he said.

Pooja Bhatt, the co-founder of the digital insurance application QuantaInsure, adds that expectations of workplaces have changed over time.

Working in the tech space, she manages many millennial and Generation Z workers, most of whom are hired on a contractual basis.

“There is less emphasis on hierarchy and even interns and graduates are likely to boldly express their opinions even when they contradict the views of more senior team members. The other major difference is that performance is measured on deliverables rather than who is working the longest hours,” says Ms Bhatt.

According to her, leaders nowadays recognise that company culture is the key differentiator and put greater emphasis on continuous learning, mental health, and diversity. “In my opinion, the more successful managers adopt a coaching leadership style rather than being overly authoritative. After all, it is true what they say - most people leave their managers, not their jobs,” she said.

The trend began with tech workers who dress casually full-time in what used to be Friday-only wear in most Kenyan offices. Now more and more offices have a break and game rooms, where workers can unwind. They are also allowed to have weekly alcohol shindigs as they “bond.”

Millennials and Generation Z are fashion conscious and vain. This has seen them dubbed the Me Me Me generations.

Old is gold, but with these new generations, several valid fears have cropped up as they take over the globe and disrupt the status quo.

Continuity is one of the biggest worries for businesses as these generations take over and empires that took years to build risk collapse. This has been evident in most Kenyan family businesses when sons took over.

This is because of a lack of loyalty to a particular job and their short-termism mentality leading to higher attrition rates. Experts warn of ticking retirement time bombs when these generations exit the workplace owing to their lack of savings and investments – the folly of the young thinking that they will never grow old. Dr Geoffrey Wango, a senior lecturer in counselling psychology at the University of Nairobi explained that salary is the most important factor in deciding a career path for them and they don’t care about organisational loyalty, history, or culture.

“Their attitude about what I want, values such as integrity, continuity tend to be lost on them,” he said.

HR practitioners have also raised concerns about “half-baked” graduates entering the job market. This has prompted companies to spend millions in retraining these new generations to meet workplace expectations.

Selwood Consultants Executive Director Gabriel Kariuki noted that firms have no options but to make suitable adjustments in their workplace policies to accommodate these new workers.

“You need a workplace policy that accommodates their interests if you are to keep them, such as working hours flexibility, relaxed dress code, social media flexibility, availability of wi-fi, among others,” said the veteran recruiter and Human Resource professional, observing that it might take more than a good pay to keep them.

XN Iraki, an associate professor of economics and a columnist with The Standard said the new managers and workers are more open-minded, global and less tied to traditions like three-piece suits.

“They see the world as their playground, are likely to be well-travelled, have less loyalty to firms they work for and are always on the move. They also embrace diversity more and easily integrate fun into work. They also dream of retiring early,” said Prof Iraki.

They have also changed how companies interact with the outside world, taking charge of their external communications through social media and online channels.

But are they misunderstood or are just looking for a work-life balance?

Selwood’s Kariuki observed that the new generations have the energy and capacity to work if properly nurtured.

However, they have challenges in terms of attention to detail, consistency and taking life extremely seriously.