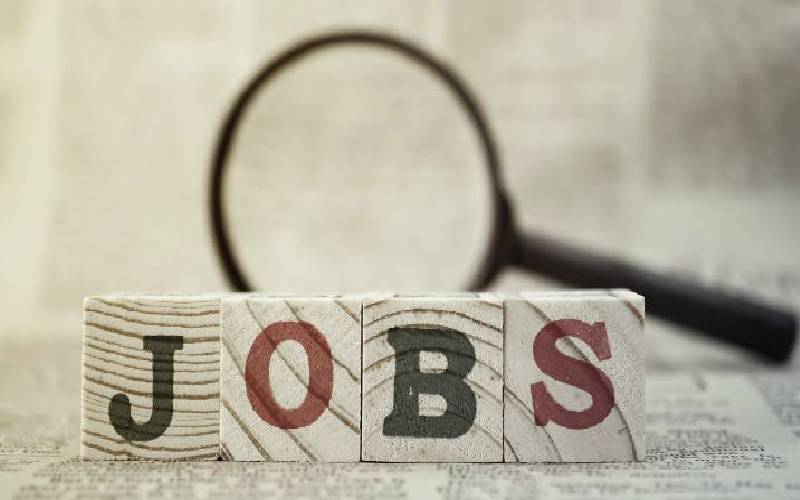 Almost half a dozen Kenyan companies have in the last six months announced plans to lay off hundreds of employees in the biggest threat to the country’s labour force since the 1990s.

This comes on the backdrop of ‘super-growth’ projections by the government showing the economy expanded at 6.3 per cent last year. In the first quarter of this year, the economy grew at 5.6 per cent compared to 6.5 per cent in the corresponding quarter of 2018.

Also, jobs offered by betting firms are on the line in a tussle with the State over licensing.

The State firms that are more debt than alive

The layoffs cut across both the service and manufacturing industries - pointing to a worrying trend that is only set to gain momentum in the coming years.

It also does not help matters that Kenya has one of the highest labour costs in the region since the country’s working population ranks higher in education and skillset compared to her peers.

Recent trends across both listed and public companies indicate that this is likely to work against the country, with the economy set to shed thousands of jobs in the short-term.

“The cost of labour in this country is very high and that means that if companies cannot rejig their businesses to be more efficient, they are going to go down,” Patrick Obath, Kenya Private Sector Alliance trustee told Financial Standard.

“To avoid going down, the first place to look at basically is how to reduce the labour cost.”

His sentiments were echoed by Stanbic Bank Chief Executive Charles Mudiwa, who said the lender had no option but to declare more than 200 employees redundant despite a Sh4 billion profit.

“The voluntary early retirement is an outcome of a clear strategy, where we are looking at how to become efficient in the business that we run,” said Mr Mudiwa. “But also, as we digitise, and become more digital, it means some functions will have to be re-organised as a result.”

The financial services and insurance industries rank high on the list of sectors set to record job cuts as more of their clients move away from brick and mortar branches to bank on their mobile phones.

During the company’s investor briefing earlier this month, Equity Group boss James Mwangi said the company had already moved the bulk of its operations to its digital platforms.

“At the moment, 97 per cent of transactions go through the bank’s digital platforms and we are working to increase the services we can offer through our agency network and mobile application,” he said.

Mr Mwangi said the company’s upgrade of its digital networks includes overhauling the entire ATM network and introducing smart ATM machines that will allow new functionalities such as Near Field Communication as well as biometric security features in the next three months.

The bank will also certify its agents to offer custodial and brokerage services by next month. This means Equity Bank consumers will be able to get several services including loans, bancassurance as well as securities trading through their agents.

The increased digital deployment will mean accelerated job losses not just at Equity and Stanbic but across the financial services sector, with a similar trend playing out in several firms.

In the case of manufacturers such as EAPCC, the twin pressures of technological disruption and reduced competitiveness of the country’s industries will catalyse massive job losses.

Latest figures from State agencies indicate Kenya imported more from the African region than it exported during the first six months of the year.

This is a new low for the country’s manufacturing sector that has over the years seen both productivity and market share decline significantly.

A study conducted by the Kenya Association of Manufacturers (KAM) and the Overseas Development Institute (ODI) last year found many sector players are ill-prepared in re-training and cushioning their labour force from the anticipated technological disruption.

The report said that with more industries blurring the line between physical and digital processes, manufacturers and investors will seek out opportunities for reducing labour costs and increased productivity.

“A persistent digital divide in Kenya in the context of growing digitalisation globally can lead to increasing re-shoring of manufacturing jobs and to the concentration of future production of digitally enabled goods in developed countries,” said the report.

“One such international impact pathway is through re-shoring of manufacturing tasks from labour-intensive to capital-intensive regions; robots in the US, in the furniture industry, can become cheaper than Kenyan labour in the year 2033,” said the report in part.

This is, however, happening faster and more incrementally than earlier projections largely because digital adoption is happening much faster than the re-training and repurposing of workers.

This has been clearly exemplified by the mass layoffs at the EAPCC announced last week.

The company more than doubled its operating loss to Sh3.5 billion down from Sh1.3 billion recorded in 2017. Over the same period, revenues were recorded at Sh5.1 billion against Sh5.2 billion in operating costs and another Sh3.2 billion in administrative costs.

In a memo to employees last week, EAPCC Managing Director Stephen Nthei said all employees will apply afresh with the company hiring a lean staff to balance the institutions running cost and current levels of productivity.

“As a result of the restructuring programme, all positions in the company will be declared redundant and the employees released,” said Stephen Nthei. “Subsequently, all jobs will be reconfigured in terms of job consolidation and enrichment in line with the restructured and leaner organisation structure,” he said.

However, a day later, the EAPCC put the retrenchment plans on hold.

Like many State-owned factories, the company has been unable to adapt to shifting market dynamics, including changing technology and increased competition from both local and external rivals from the more agile private sector.

For sugar millers such as Mumias, Nzoia, Muhoroni and Sony, hundreds of jobs have been on the line owing to huge debts that they owe debtors with workers going for months without salaries.

This has seen some workers leave without securing other jobs to lean on. To worsen the deal,  machines operate on obsolete technology.

Kericho-based Unilever Tea, which has 16,000 employees, however, said the layoffs are in line with a reorganisation plan that aims to make it ‘agile’ globally in a changing business environment.

“This has been aimed at ensuring we have an organisation that is agile, fit to compete and efficient in our quest to respond to rapidly changing business needs,” Unilever Tea Human Resources Manager Mary Wanyonyi said in a memo to employees February 27, 2018.

“It is in this regard that Unilever Tea Kenya is offering voluntary separation to non-management employees to be conducted strictly on voluntary basis.”

In the 2019 edition of the report Changing Nature of Work, the World Bank ranks Kenya at 94th position against 157 economies on the human capital index with a score of 0.52.

This means the productivity of the next generation of Kenyan workers relative to the benchmark of complete education and full health has almost been halved.

This explains the high levels of unemployment and underemployment currently experienced by university graduates today compared to twenty years ago.

At the same time, Kenya’s informal sector is the largest source of jobs putting the country at a disadvantage in terms of providing a safety net for its workers.

“Traditional provisions of social protection based on steady wage employment, clear definitions of employers and employees, and a fixed point of retirement are becoming increasingly obsolete,” says the World Bank.

At the same time, a large number of workers remain trapped in low-productivity jobs in the informal sector with poor access to technology.

While this is likely to delay the impacts of technological disruption in the informal sector, the reprieve will only be temporary, with workers at a disadvantage in terms of adapting to new technology.

“Informality has remained remarkably stable notwithstanding economic growth or the changing nature of work,” explains the World Bank. “In Sub-Saharan Africa, informality remained, on average, at around 75 per cent.”

The World Bank recommends a combined approach by both the private and public stakeholders to safeguard existing jobs and create new ones in tandem with the changing nature of work.

“The current social contract is broken in most emerging economies, and it is looking increasingly out of date in some advanced economies as well,” the World Bank says.

“A new social contract should include investing in human capital to generate more opportunities for workers to find better jobs.”

Bank of Baroda lodged an appeal and the Appeal Board reduced the 11 million rands financial penalty to 400,000 rands, the PA said