Have you been a victim of pseudo-charismatic leadership at workplace? 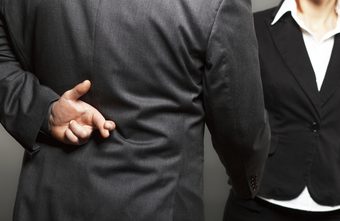 Pseudo means “not actually but having the appearance of, pretend false, sham.” It is what most Kenyans would call fake.

With that understanding, leadership like any other product can be Pseudo in nature: leadership that exhibits a face value that seems people-centric but beneath underlies selfish motives.

No institution is immune to this type of leadership; be it the church, corporations, family, or even in a political configuration.

Some leader-follower relationships can be described as “folie à deux,” or shared madness as described by (Kets de Vries, 1979, 2001).

Fruits of bad leadership choices are evident; it's time for tough decisions

A guide to managing your business assets

In such a relationship, there is usually a dominant person who transfers his delusions to the followers even when the leader’s capacity for reality testing has become impaired.

The followers in such circumstances would opt to minimise conflict and disagreement at the expense of losing their autonomy: sacrificing truth and honest criticism to maintain a connection with the leader.

People who were not fortunate in childhood to experience balanced stimulation in character development are at risk of exhibiting narcissism.

Such leaders are focused on issues of power, status, prestige, and superiority.

They are unwilling to tolerate disagreement and criticism and therefore not inclined to consult with others.

Such leaders live in a world of their own; drawing unsuspected followers to such a world that results in the destruction of self-confidence and followership with only one aim “pleasing the leader.”

Research by Blumen and other leadership gurus suggests that toxic leaders have a destructive behaviour of either leaving their followers worse off than they found them or playing to their fears.

They will master what the followers fear most and use that fear to choreograph a scenario where people view life through a bipolar lens: Painting an enemy that doesn’t exist or painting “you are either for us or against us.”

Research work by O’Connor and Mumford describes how a traumatic childhood can dispose of individuals to a destructive leader.

Followers who are not keen to evaluate the underlying monster in their leader’s philosophy are at risk.

It’s good to note that, leaders who exhibit anger, resentment, and hate based on their past experiences are more likely to be destructive: legitimising the use of violence and revenge to conquer the perceived enemy.

In medicine, a doctor who cannot take an accurate history and a patient who cannot give one are in danger of giving and receiving bad treatment.

In the same vein, a people in a country or a white-colour setup cannot come out of this hole of destructive leadership if we don’t intentionally set up mechanisms that grow the positive side of charisma or transformational leadership.

In a corporate set up: Personality tests, 360 degrees feedback and leadership assessment tool, coaching and mentorship programmes could be applied.

At the political level, the citizenry should carefully analyse a leader’s history to determine if there exists a trace of the pseudo-type so that the emissaries of the old “wazee wa Kijiji” can use such knowledge to grow the leader to a desirable level.

The media should also play their role in educating Wanjiku to appreciate the tools at their disposal to determine good leadership.

In conclusion, the late Bob Collymore was a leader worth emulating.

-The writer is an expert in leadership and risk management strategies