Irony of State squeezing taxes from those on the brink 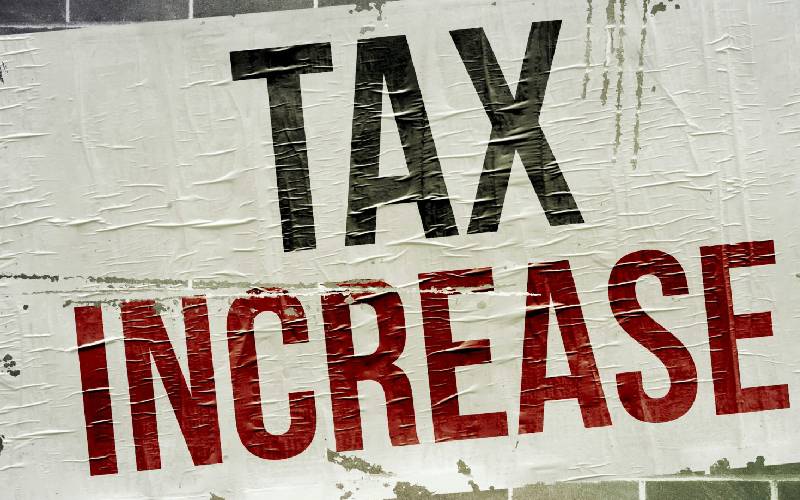 If you have ever wondered why the Government is always teetering on the edge of insolvency, just remember this wise counsel from the Good Book: a hand that giveth is more blessed than a hand that receiveth.

And cursed has been the long arm of the Government that has perfected the art of receiving without giving because it has received less.

From tax refunds to pending bills, the State has been reluctant to pay her debts and unwilling to offer incentives, leaving the private sector gasping for critical liquidity even as the cost of operation goes up.

But in a classic illustration of milking an underfed cow, the Government has continued to pile levies on households and firms, creating a vicious cycle that has seen the Kenya Revenue Authority (KRA) chasing its own tail as taxpayers bleed to death, some disappear into the grey or black market and others seek refuge in neighbouring countries.

This has seen growth in tax collection fail to keep up with the expansion of the economy - a mismatch that has not escaped the attention of experts, with the World Bank warning that it has worsened in the last five years.

By the end of last year, for example, the economy produced goods and services worth Sh8.1 trillion, which was an expansion of 6.5 per cent from the year before.

However, total taxes on these products grew by a slower pace of 5.2 per cent, continuing a poor trend where ordinary revenues have been lagging behind the country’s ‘super economic growth’.

Critics reckon Government has significantly contributed to this conundrum.

Punitive taxes, according to the 2018 World Bank update on Kenya’s economy, have pushed businesses to the extreme, with the sly ones aggressively engaging in tax planning to avoid or evade the tax dragnet.

The global lender noted that higher taxation against the wealthy might have denied the country billions of shillings in revenues, with some blatantly shifting profits to low-tax territories popularly known as tax havens.

“In other words, higher marginal tax rates do not always and automatically translate to higher revenues, and that is especially true for wealthier households, which can have more capacity to evade or avoid taxes,” he added.

Last week, 75 KRA staff were interdicted and some charged in court for aiding tax evasion, casting the spotlight on the extent tax evaders have infiltrated and compromised the tax agency to significantly ease their tax burden.

Others are still being sought by detectives.

National Treasury Cabinet Secretary Henry Rotich might have won the dubious tag of being the country’s top economist who has heaped on Kenyans the heaviest debt-load in nominal terms.

It is also during his stay at the helm of the Exchequer that wananchi have been overburdened by an unprecedented tax burden.

On Thursday last week, a desperate KRA, which has perennially been missing its target, trained its guns on online traders, some who are so small that they can’t even afford to pay for a website and have thus turned to Facebook and free online classified sites such as OLX.

Aware that most of the businesses operating online are most likely to be hapless small traders attracted to the cyberspace by the low costs of operations, KRA invoked the infamous presumptive tax which Treasury developed to widen the tax base by going after traders with a turnover of less than Sh5 million, mostly those in the informal sector.

“KRA has noted that some taxpayers engage in online business and they do not file returns or pay taxes on transactions,” said the notice published in a local daily last week.

Yet, except for some tentative attempt to encourage online jobs by the ICT Ministry via the Ajira Digital Programme, the Government has not made it easier for Kenyans to sell or buy goods or services online.

If anything, it has made it hard to for Kenyans to be in the cyberspace.

Since September last year, the 40 million mobile internet subscribers have found the going tough after Treasury hiked excise duty on the Internet to 20 per cent, up from 10 per cent.

Moreover, CS Rotich also increased the so-called punitive taxes on mobile money transfers - the preferred mode of payment for most online traders - from 10 per cent to 15 per cent.

President Uhuru Kenyatta’s Government generally came up with a raft of tax measures that made life harder for most Kenyans.

The punitive taxes, according to the Capital Markets Authority (CMA), scared away investors from the country’s main stock market, with the Nairobi Securities Exchange suffering a massive net foreign outflow of Sh22.9 billion by September 2018, the highest in recent times.

“Actions like the eight per cent fuel VAT tax and the 20 per cent and 12 per cent excise duty on transfer of funds in banks and when transferring fund using mobile phones respectively have exacerbated the problem,” said CMA on the net outflows.

And you can bet there will be another round of tax measures contributing to an unpredictable tax regime that has made it difficult for investors to plan.

But even as Government has ravenously taken from the private sector, it has not been as generous to them, putting employers mostly in the formal sector at a huge disadvantage.

Under the Affordable Housing Programme (AHP), employers will contribute 1.5 per cent of employees’ basic salary to match the employees’ contribution.

While employees are guaranteed the money back in case they don’t qualify for a house, employers are not.

Most of them are already overburdened with a high cost of labour, as they are required to contribute for pension, medical insurance and other benefits for their staff.

To recover this money, businesses might be forced to pass this extra cost (1.5 per cent) to consumers or reduce their labour cost by putting most of their new workers on contract and in extreme circumstances sending some home.

Both national and county governments are guilty of clamming up with suppliers’ money, driving businesses into an early grave and driving millions of Kenyans into the bottomless pit of joblessness.

A delay of payments of air-tickets might have played a large part into the cancellation of licenses for about 20 air ticketing agents by the International Air Transport Association (IATA), as the Government’s pending bills took a toll on private sector business.

Kenya Association of Travel Agents (KATA) Nicanor Sabula told Financial Standard that while he was not certain of the cause for defaults, which led to the revocation, he suspected non-payment by the State officials. “I suspect non-payment by government departments could be the cause,” he said.

A survey by the Kenya Association of Manufacturers (KAM) found that about 12 per cent of the 1,001 firms surveyed (or 120 firms) have had a contract with the Government that was in arrears.

“Public payment delays affect the economy mostly through the liquidity channel. Increased delays in public payments reduce vendors’ liquidity and profitability, which in turn weakens aggregate demand and economic growth,” read part of a World Bank report, noting that pending bills had increased from 0.9 per cent of GDP in FY2015/16 to 1.6 per cent in FY2017/18.

A Treasury report to the National Assembly showed that the national government owes local traders about Sh32.5 billion, though suppliers insist total pending bills run into hundreds of billions.

He noted that if the money was pumped back into business, it would spark an annual growth of Sh50 billion turnover in the industry - Sh6 billion in VAT collections, Sh1 billion in corporate and income taxes and create 20,000 indirect jobs.

Many companies have decried the high cost of electricity, with some being forced to exit the country, opting for the neighbouring nations.

A steel manufacturer, who did not want to be named for fear of recrimination, said the metal industry could have done well with low-cost power.

“If they gave us this idle power at night for free, we could do a lot in terms of increased production or job creation,” he said.

The incentive to charge a discounted rate for usage of electricity at night, an official at KAM told this writer, generally failed because most firms could not over-produce when they did not have a market.

Also this year, Kenyans might pay high prices for their staple food, ugali, not only because of drought but also because Treasury delayed to disburse about Sh3.7 billion for the procurement of subsidised fertiliser.

Under the subsidy programme, farmers would have purchased a bag of diammonium phosphate (DAP) at Sh1,800.

The current administration might have guided the country into tremendous improvement in the World Bank’s Ease of Doing Business - moving up 52 places in three years to perch itself at 61 last year.

However, the Jubilee Government might have committed so many policy wrongs in practice that cannot be easily righted by just one score on World Bank’s disputed ranking.