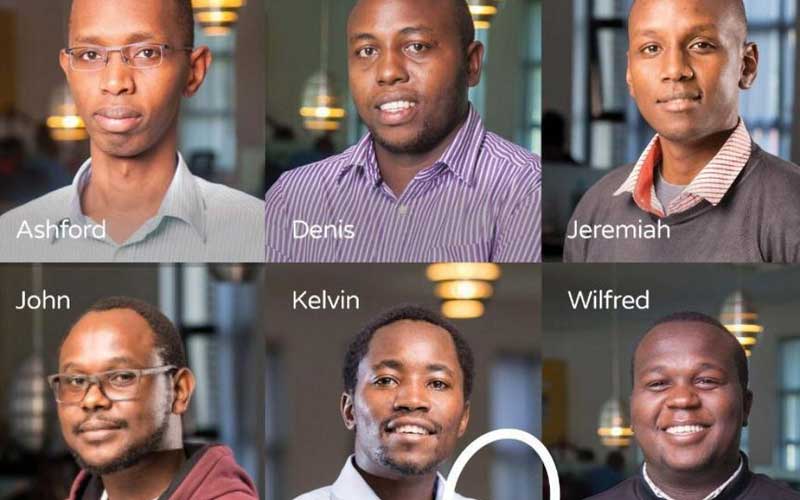 The photos of Cellulant’s six young men who died at dusitD2 terror attack broke my heart and of many others. The photos show not just their innocent smiles, but the exuberance of a generation that grew up in the digital age.

To them, digitalisation is like air.  The smiles were dimmed by an afternoon’s act of terror. We could find out what each was doing that afternoon because it’s probably stored somewhere in cyberspace. That might not be necessary for now.

We know they were busy working, trying to make our lives better and more fulfilling using innovations.

Sadly their desks will remain empty and their parking lots too. The often-repeated phrase that one left a gap that can’t be filled is now real.

But there will be emptier spaces beyond their office. Their families, their mothers, wives, fathers, siblings and extended families will feel the void. The firm they worked for, Cellulant, will feel the emptiness too. These were no ordinary workers; they had critical skills acquired over time and honed by experience.

They were at the apogee of their creativity, crafting solutions to problems of the digital age from the payment systems in banking to distribution of fertilisers in Nigeria.

The firm had ridden on digital revolution while the rest of us were transfixed on land and plots. The six young men were economic warriors pushing the frontiers of digitisation to new levels.

While warriors of the old brought home cattle and at times children and women, the digital warriors bring home solutions to our everyday life problems. They are unlimited like old worriers, they can solve problems from far using the internet and as space exploration has shown, they can work across planets.

Any company knows its key resource is its people and their brains, particularly in the digital age. The human factor is more critical because of intangibles like culture, beliefs, ethos and traditions.

These take years to build and are often more important than the technical knowledge which can be easily learned, bought or in some cases stolen through espionage.

The human factor is further felt through teams particularly in the digital age. Think of the open systems like Linux where programmers collaborate to improve on applications. Working in teams create synergy, trust and a productivity culture — particularly among the young.

In fact, one way to harness the millennials’ energy and optimism is through teamwork. They love it. For this generation, the border between work and fun is thin which makes the older generation think they aren’t serious.  The human factor is made more critical by the fact that knowledge, generated by us through creativity and innovation has made the law of diminishing returns redundant. And firms and nations are run by the people through people for the people.

It’s against this background that Cellulant and its affiliates in more than 10 African countries will feel the loss of the six young men. No other firm lost such a number, such brains.

The young men were at the prime of their lives. Some had young families and looked forward to growth in their careers.  We share the pains of their families and loved ones.

We may never know what their collective brains would have done for their firm and the world. We can only extrapolate from the years they had worked and the innovations they had spawned.

We have no doubt they would have made a bigger difference across different sectors and countries if they lived longer.  They will miss the fourth industrial revolution.

If you add the multiplier effect of their work, the difference becomes even bigger.

Their co-workers will miss their teamwork and the synergies they had created. Luckily, we are wired to heal with time. The best we can do for the departed digital worriers is to remember them and their contribution in turning the reluctant wheel of progress.

The names of those who had children will live on. Those without, their good deeds will outlive them. We hope that Dusit will be the last time the best of our brains will be nipped in the bud by the uncallous hand of terror. Long after the six men and other Dusit victims are laid to rest, their contribution to the digital age, economy and humanity will reverberate across space and time. Let’s celebrate them.

— The writer teaches at the University of Nairobi

This is evident in the conflicts in Somalia, Nigeria, Rwanda and Sudan.