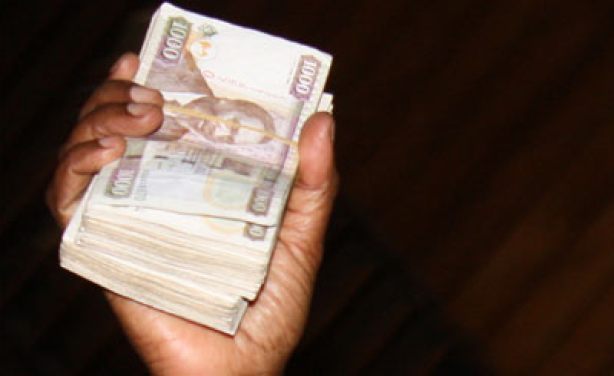 Early this year, mysterious legislation was tabled on the floor of the House by the Leader of Government Business Aden Duale.

The Bill was to have huge ramifications on Savings and Credit Cooperative Societies (Saccos) across the country. The Statute Law (Miscellaneous Amendments (No2) Bill) 2018 was meant to change the way the Saccos function.

They were to be allowed to vote only on matters that affect them. They were also not required to attend all meetings like other ordinary members.

When Mr Duale introduced the Bill for the first reading in Parliament, there was uproar across the cooperative movement.

Sacco lobbies – the Co-operative Alliance of Kenya and the Kenya Union of Savings and Credit Co-operatives (Kuscco) – were up in arms against the Government, saying they were not consulted and did not participate in its creation.

Kuscco Managing Director George Ototo told Financial Standard that the proposals in the Bill pose threats to the survival of Saccos.

“The Bill is clearly an affront to the Sacco movement. It is meant to have Saccos taken over by outsiders. It will distort cooperative governance and create a second centre of power beyond reproach within the sector,” he said.

Acting Principal Secretary for Cooperatives Chris Kiptoo in another interview said he had no idea how the Bill got to Parliament.

“As far as I am concerned, it is a mystery to me. I do not know how the Bill got to Parliament since even Treasury is not aware of its provisions,” he said, adding that he is also unaware who presented it to the Cabinet.

But even as Dr Kiptoo struggles to come to terms with the mystery, his docket is preparing three new laws that, if passed into law, could again spell doom for Saccos.

They are the Sacco Societies (Amendment) Bill, 2018, the Financial Markets Conduct Bill and the Sacco Deposit Levy (Amendment) Order 2018.

The Sacco Societies (Amendment) Bill, 2018 will put Sacco managers and board members’ academic qualifications under scrutiny. It maintains that senior officials must have a degree to hold their positions.

The Bill also wants Saccos to rebrand or change name to reflect the new brands they come up with.

“First, high education is not a prerequisite for good leadership. We have Sacco members who have grown with the movement for many years and make capable leaders. What we are suggesting is that the minimum qualification is pegged at a Form Four certificate.”

Ototo added that Sacco rebranding and name changes are a function of the registrar of Cooperatives based on members’ approval during Annual General Meetings.

The Financial Markets Conduct Bill, on its part, wants to developer tighter control of Saccos through licensing.

The Bill proposes that every Sacco acquire a Financial Conduct Licence that will be issued separately from the normal licence issued by the Sacco Societies Regulatory Authority (Sasra).

Sacco bosses argue that this new legislation leads to double licensing, which increases their operating expenses.

Ototo avers that apart from the costs, the time used by Saccos in obtaining these licences would be an impediment to their operations.

Further, the Sacco Deposit Levy (Amendment) Order 2018 proposes to increase the Sacco Societies Deposit Levy rate from 0.1 per cent to 0.125 per cent. The levy will go up progressively to 0.15 per cent next year and 0.175 per cent in 2022 and beyond.

It is expected to fund the cooperative movement’s regulator, Sasra. Sacco-held deposits fund 60 per cent of Sasra’s annual budget, while the other 40 per cent comes from the Exchequer.

The intended increase in the deposit levy intends to ensure that Sasra is fully funded by Sacco members’ deposits.

“The Treasury policy on funding semi-autonomous agencies requires that the Government funds the bodies during their first three years, and that the businesses being regulated fund the agencies from the fourth year onwards through levies and fees,” said the Commissioner for Cooperatives Mary Mungai.

The State’s argument is that growth in licensed Saccos from 98 in 2011 to 176 in 2016 has increased pressure on Sasra’s resources.

Ms Mungai said the increase in the levy was necessary to ensure the financial sustainability of the regulator to carry out its mandate effectively and efficiently.

But Saccos are not taking the move to take a bigger chunk of member deposits to fund the regulator lying down.

Ototo argued that huge levies on deposits would increase the cost of borrowing, making it harder for Sacco members holding low deposits to borrow at an affordable cost.

He added that it would also lead to reduced capital adequacy ratios for Saccos as they would aim to minimise the level of deposits on the day the levy is to be paid.

And as the Government-sponsored Bills tighten the noose around Saccos, the new, universal and compulsory accounting rules dubbed IFRS 9 are giving Sacco leaders sleepless nights.

The rules are supposed to create more openness in the way financial institutions such as banks, insurance firms and Saccos manage their balance sheets, including their liquidity positions and profitability.

Kuscco, however, says the reforms are unwelcome.

Ototo says Saccos should be differentiated from other financial sector players in terms of how they rate defaults and report on non-performing loans, as well as how they handle capital reserves erosion.

“When you couple the State-sponsored legislation and the IFRS 9 rules, you will realise that the future for Saccos is extremely bleak,” he said.

We're playing with fire and will burn

A successful economy needs a financial system that moves funds from savers to borrowers.