Economic Performances are Influenced by the Legal and Judicial System 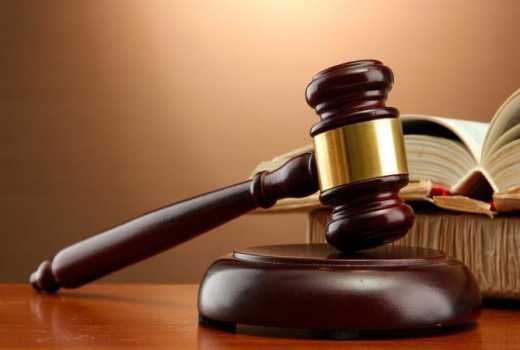 The legal and judicial systems impact heavily on economic growth of a country. This is why disobeying a court order is bad for businesses and investments in the long-run.

Contravening court orders is indistinguishable to undermining the legal and judicial system. It leads to chaos.

Countries that make good laws and fail to enforce them become less attractive to investors. State acts as a demonstrative organ in any society and should not be seen to be disobeying court orders.

State officers are largely responsible for enforcing the constitution and the law and are advised not to disobey court orders.

It is equally wanting to see lawyers disobey court orders, no wonder Shakespeare’s proposition was that ‘for there to be justice let us first kill all lawyers.’ The way lawyers do their trade suggests there is no left or right professional! There are lawyers out there defending those who disobey court orders.

Investors would be comfortable in an environment with a sound legal framework where their investments are protected.

Investment is about return and risk; thus what most investors ask is ‘what return do I expect from my investment and how safe is my investment.’ No investment is safe if State officers fail to follow laws. For a nation to attract investors, it must enjoy economic stability, have low political risks, be socially cohesive and seen to be upholding the rule of the law.

Whether we are of low political risk or social cohesive is topic for another day. Investments expand an economy’s productive capacity and generate additional jobs, income and tax for the State.

While local investment is fundamental to the growth and sustainable development, foreign investments are channels for advanced technology and expertise.

Foreign investors propel access to international markets. The observation by Marilene Lorizio and Antonia Rosa Gurrieri, is decisive, ‘The growth within an economy depends not only on economic factors, but also on institutions, the citizens’ trust in them, by the sharing of values and expectations.

The differences between public policies and institutions are often regarded as one of the key explanations of the differences in levels and growth rates of per capita across countries.

The two authorities concur that economic performances are influenced by the legal and judicial system. Law is a factor of the investment climate. We need an investment climate that induces mobilisation of capital, skills and technology.

A lawful style is part of that discipline. Failing to observe court orders is an indiscipline that sends investors away.

When the law breaks down, then the trade will shift to illegal products and services such as harmful drugs. In finance, the central debate is whether investments gains are tied to an efficient system of public governance and respect for the rule of law.

The requirement is that the law must be accessible and predictable. This means that disputes of legal rights and liability are solved by the application of the law. In developed economies, it is a requirement that, ministers, court and public officers exercise their powers in good faith, fairly and without exceeding the set limits.

When you have foreign investors buying shares at NSE and any other investor, then the issue of protection of property rights becomes the focus. In case of dispute, the remedy lies with the courts in case private settlement fails.

We will not be attractive to investors if we compromise the independence of the court. Good regulations create a friendly investment climate. Investors exact about rules and protection of shareholders and creditors because they define their fundamental human rights and property rights.

The government will find it difficult raising capital if investors conclude that they cannot take it to court or the State will not obey court orders. The rights of investors depend on legal rules and the extent to which the same can be enforced by our courts.