Does how far your spouse comes from determine your economic destiny? 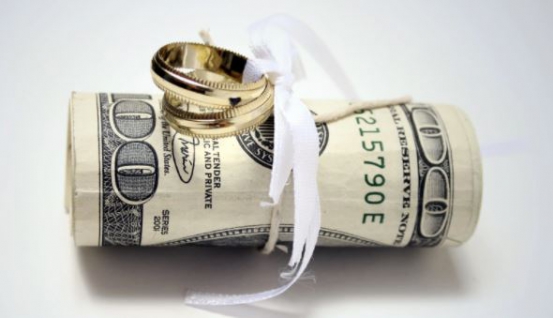 Tied down by esoteric equations and graphs, economists often overlook the pedestals on which our economic prosperity stands. They include the family and the institution of marriage.

We can extrapolate that to where your spouse comes from in terms of tribe or race. Are you married across the fence or across the borders?

Why should that matter?

It is a proxy measure of your risk appetite or averseness. Economists will quickly add that risk and returns are interrelated. Work on this topic even won a Nobel Prize.

A sample of about 65 well-educated Kenyans seems to suggest a not too close relationship between how far you marry and your self-reported income. Only 34 reported the data. That sample is too small, we need more data. Without data, can we use conventional wisdom?

The farther your would-be spouse comes from, the more financially burdened you are likely to become. You need more time to know the person, you spend more money and there is more information asymmetry.

The dividends come in terms of “formality” because the in-laws know less of you and respect you. You are likely to take marriage more seriously because you invested more in it, leading to mental peace and more focus on career or entrepreneurship.

Could the risk you took translate into economic returns through higher income either through entrepreneurship or higher paying jobs? Could marrying from far also make you more secure, less likely get interference from in-laws, never mind M-Pesa? Marrying someone from close proximity has the opposite effect.

Poverty has left too many young men and women hanging around their villages, resulting in early marriages. There is a risk that in the next generation, relatives will start marrying among themselves and, posing genetic risks.

Marrying from far leads to the cross-pollination of ideas, with each partner bringing in new thinking be it in career, business and even child rearing.

That is how we plant the seeds of innovation. The quota system in our schooling system put a halt to diversity. My friend Dr Jackson Maalu never stops boasting how he left Kitui for Chesamis in Western Kenya. The national schools are too few to dilute “local thinking.” Too many of the kids are left in their locality.  Keeping children in their locality is very expensive economically.

No wonder worldwide immigrants, those who leave the comfort of their villages do better economically. Devolution will decrease diversity and so will mushrooming of local universities. Parents prefer universities next to their homes because of convenience and rarely factor in the cost of “familiarity.” Has anyone thought of how to counterbalance this effect of devolution?

The dream of going to Makerere or Dar es Salaam that flourished after independence seems to fade day by day.  Young men and women had a bigger pool to pick their mates. It bothers me why despite the spirit of globalisation we are becoming more insular.

Nothing worries me than denying our youth an opportunity to explore the world and meet different nationalities and races and widen their world view, and if possible enrich the genetic diversity.

The incessant political squabbles and ghosts of political violence in Kenya have driven more young men and women into the false security of their locality. It was very refreshing to see Prince Harry the fifth in line to the throne in the UK is about to marry a lady whose mother is black. That shows how tolerant we have become to diversity.

Diversity, genetic or otherwise, has economic returns. Look at the US and compare it with the former Soviet Union from where most of the Kenyans who studied there brought back wives.

Mrs Zahra Moi, who received the Chairman’s Award for her restaurant The Lord Erroll Gourmet, was among those garlanded at the fete