Anti-cybercrime passion that birthed IT firm

Evalyn Oloo was busy with a laptop and two phones in her office located at IHUB, on Senteu Plaza, Kilimani area of Nairobi County. Before the interview, she asks for few minutes to complete her online meeting.

About 15 minutes later she is through. “It has been a hectic day for me,” she begins as she settles down for an interview.

Evalyn is a cybersecurity expert, and her work is make sure people and companies are safe online. She warns that online threats and attacks are real and people must take necessary measures to protect themselves and their businesses, whether it is small, medium or big investments.

It is the alarming cybercrime statistics that is worrying her. For instance, data from the World Bank shows globally, from 2019–2023, about $5.2 trillion (Sh634.4 trillion) in global value will be at risk from cyberattacks.

And, 10.5 million records are lost or stolen every month; 438,000 every hour, and a single large-scale attack can trigger $53 billion (Sh6.47 trillion) in economic losses. And Africa has been among the fastest-growing regions in terms of cybercrime activities.

These statistics, and the fact that, World Bank estimates, Africa has already since 2020 a shortage of 100,000 proficient cybersecurity personnel, that motivated Evalyn to start Acyber Company to combat threats online, in late 2020.

Before joining cybersecurity, Evalyn, 35, a trained Psychologist in both undergraduate degree and Masters degree from Anglia Ruskin University (ARU) Cambridge campus and United States International University (USIU) in the US, initially worked as mental health practitioner.

Later, she joined digital space and consulted for various companies and organisations. She reveals, it was while in the digital space that she faced off with serious online threats and attacks.

“The magnitude of cybercrime got me worrying because, while there was push for massive investments online, to digitise government services like registering business, paying taxes and paying fees online, there was however no investing and advising how you stay safe online,” she explains.

Over two years since Acyber Company, whose pillars are community, capacity building and defence, started, Evalyn reveals it has grown treamendously. It already has operations and partners in Kenya, Nigeria, Uganda and Rwanda and other nations across the world.

Currently, she has hundreds of individual clients and over 120 companies and organisations in industries, healthcare, telecoms, financial, manufacturing, small businesses, agencies, education and utilities.

The company started by creating awareness on the dangers and losses associated with cybercrime, before finally rolling out the products.

The reception on the market has been good. Once you explain to someone about the dangers, the next question is how to protect themselves. She reveals in a month they get over 42,000 inquiries.

“It was easy for people to go for the products once they know why there’s need for the protection,” she explains.

The company sells subscription based solutions, starting with at least three dollars (Sh300) a month, or a client can still pay for a year.

“Once you pay, we are able to alert you when you have attacks and neutralise them. You can also see from your dashboard how you have been fairing in terms of cybersecurity. You see if somebody tried to get into your mails. Our product uses artificial intelligence to detect certain behaviours that are not like you and what it does is that, it studies how you behave on networks, how you use your emails, and able to know when it is you who or not,” she explains.

She is working with phone distributors so that people buy your phones that are already protected.

Evalyn explains over 50 percent of the company operations still go to creating awareness since, since majority of people are yet to understand benefits of online protection.

They do presentations and live simulations, showing clients practically how somebody can get into their phones, read messages or tap calls.

For children events, they show parents dangers that children face while watching cartoon or other children programs online. Children are also equipped and told what to look out for, and what they need to do while online.

She explains they found out, when you talk to organizations about cyber security, they refer you to their Information Technology (IT) teams. “Yet, though they have graduated from Universities, they however were not taught about cybersecurity. So we train and and certify IT teams. We have done this for many companies,” she says.

After training IT teams, we go ahead and equip the organizations in such a way that they establish cybersecurity centres within their own organizations.

She works with the general community in digital spaces, University students and children, physically and also virtually. “In Universities, we have physical and virtual clubs where we create awareness,” she explains.

Instead of developing own systems, Evalyn has partnered with organizations because, “Every single day cybersecurity is changing and if you sit down and build a solution by the time you are through that solution, there is a new threat out that you cannot address.”

So, she has leveraged on eight leading international cybersecurity- Infosec, Nakivo, Netrise, KnowBe4, Lookout, Wasabi, Hexnode and Huntress, brands with many years of experience, with the infrastructure, financial manpower and capacity to neutralize new threat immediately with world class solutions to clients across the world.

Evalyn reveals common attacks include cybercriminals getting into calls and messages and asking for ransoms for individuals. Also lying that one has won a voucher to go ahead and click on it and redeem online to get into your system.

And for companies they are always trying to get into networks, accounting systems, and attempting to inject ghost workers when one is making payroll. Some hack and inflate figures on invoices, you end up paying not just more but wrong accounts.

She reveals for IT students who want cybersecurity certification, through partners like Infosec, they get grants to subsidize the cost.

Evalyn wishes that Cybersecurity laws are implemented in Kenya. She explains in other countries, when you are attacked, the government fines you for not putting in mechanisms to protect yourself or company.

And if you don’t report the attacks, you are fined twice, for failing to report and for being attacked.

“The person who attacks you is the same person who leaks the information to the press media or government. There is way the government checks your database and discovers you were attacked, when and what time, even if you recover your systems, they will still know,” she explains.

In her future plans, Evalyn want to establish an actual physical centre of excellence where the public can come and see cybersecurity simulations and admit IT graduates from Universities, where they will learn hands-on in cybersecurity so that by the time they go into workplaces they are already equipped. 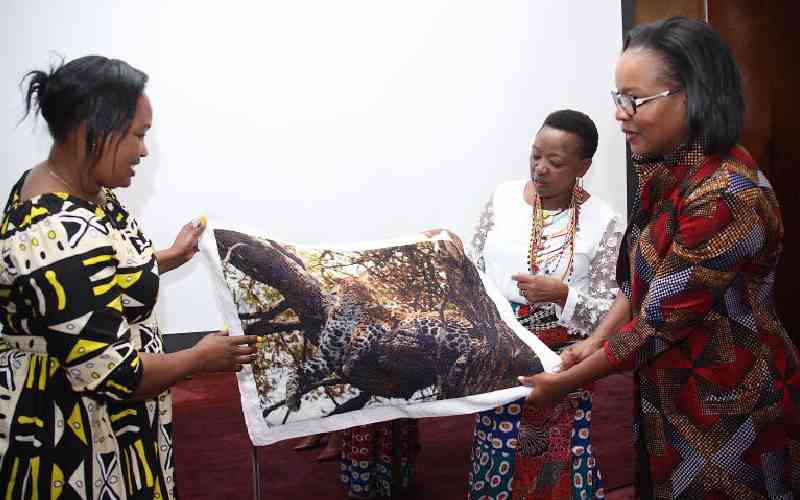 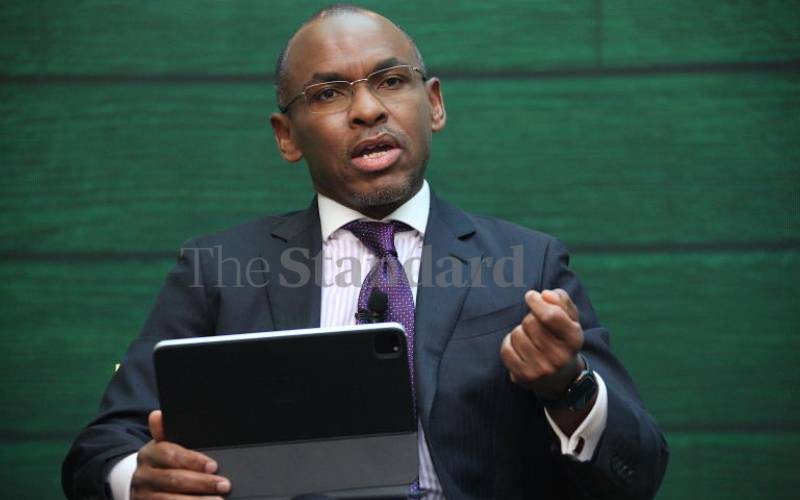 By XN Iraki 12 hours ago
Enterprise
Premium Pedestrian walkways: has the reality finally dawned on US?

By Moses Omusolo 13 hours ago
Enterprise
Over 5,000 graduate from Google academy