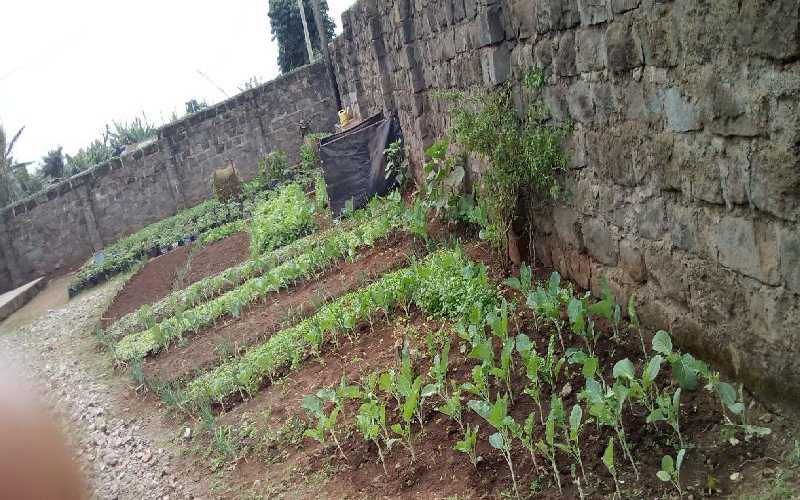 As Covid-19 cases continue to hit a crescendo, many Kenyans, especially those with underlying health complications are being asked to take utmost precaution since they are most vulnerable.

The message has never been clearer and precise; maintain social distance, sanitize, wash hands, wear a mask – and eat nutritious and body-nourishing food. That’s where Maureen Wanjiru, a University of Nairobi graduate comes in.

Maureen studied English and Literature at the university, but today spends her time farming organic food which she takes to the market twice a week besides doing home deliveries especially to people who are diabetic or are battling terminal illnesses.

“I don’t’ just feed my customers, I share in their pain. I build a commitment, I build trust. I listen to them,” says Maureen who has been practising organic farming since 2018 told this writer.

“Kenyans want organic food, yet very few people practice organic farming. There is need largely prompted by rising cases of cancer, diabetes and other such kinds of diseases,” says Maureen who started organic farming by accident.

“My mother had a farm where she often planted organic crops, but then most of the yields went to waste as she had no known market. I had just completed my studies at the University of Nairobi and was looking for something to keep me busy. I did some research; located markets and three years down the line I am firmly into organic farming,” she says.

She says organic farming has never been a cakewalk.

“I lost money in my first attempt after leasing a farm for a whole year. I was still a novice; just beginning to learn the ropes. This experience would later serve as an important lesson on how not to do organic farming. I never gave up.”

She gave it a second shot, and it went well. So, she invited officials from the Kenya Organic Agriculture Network (KOAN) for certification. These often walk around farms, making sudden appearances to conduct tests just to be sure that your farm meets regulations; zero chemicals.

These are tasked with ensuring that organic farmers adhere to regulations, and their crops meet the required standards.

“There is no short cut. As an organic farmer, I don’t use any form of chemical. I don’t use inorganic fertilizer, which means we have to come up with acceptable methods,” says the farmer who also plant herbs like marjoram, thyme, lemongrass, mint, rosemary, basil and sage.

These she says help in fighting pests and weeds.

“I plant sunflower which apart from attracting bees which help in pollination, attracts ladybirds which help us by feeding on aphids,” she says.

“Most of our clients use organic food as alternative medicine. That is why we have to ensure that we walk with them; support them. It requires a good heart; if you are in it only because it’s a business, then you will not last in this kind of thing,” she says.

“You don’t want to exploit someone who is battling a disease, that’s why it’s not about just profits. Sometimes you just give them strawberries, to put a smile on their faces.” 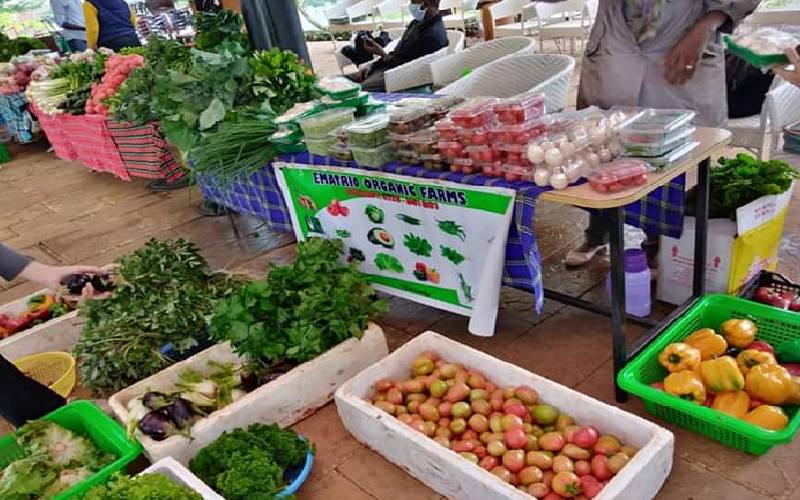 Some studies have indicated that the use of pesticides even at low doses can increase the risk of certain cancers, such as leukaemia, lymphoma, brain tumours, breast cancer and prostate cancer. Organic produce contains fewer pesticides. Chemicals such as fungicides, herbicides, and insecticides are widely used in conventional agriculture and residues remain on (and in) the food we eat.

There is a general belief that Organic food is often more expensive than conventionally-grown food. But if you set some priorities, it may be possible to purchase organic food and stay within your food budget.

“Many people practise organic farming without knowing. Our grandparents practised organic farming; they didn't use any form of chemical to control pests and diseases just the natural way, ” says Maureen.

Maureen usually sells her produce every Saturday at the New Muthaiga Mall in Thigiri they will be launching a new market, Kilimo Hai farmers organic market at the Kitisuru manor hotel on July 26.

“Keep records, otherwise you will have no idea whether your farm is profitable, or you are busy sinking your money and time in an endless pit,” says Maureen, adding that one can start farming with as little as Sh100.

“I have to keep records to know which seeds germinated 100 per cent, which ones failed! Which crops are doing well, and which one should I abandon?”.

Maureen says she has had to acquire seeds from abroad, from countries like Germany and Switzerland mostly brought in by the clients which, coupled with other factors, can make the cost of production prohibitive.

“Sometimes we have to deal with frost, which destroys crops, aphids and the fact that some diseases cannot be treated organically,” she says.

In her parting shot, Morin who also out-sources from other farmers to meet the growing demand for organic food says: “Why work hard, eat junk food, then spend all that money treating yourself just because you did not eat right?”

By Frankline Akhubula | 3 days ago

By Pedro Gomes | 4 days ago