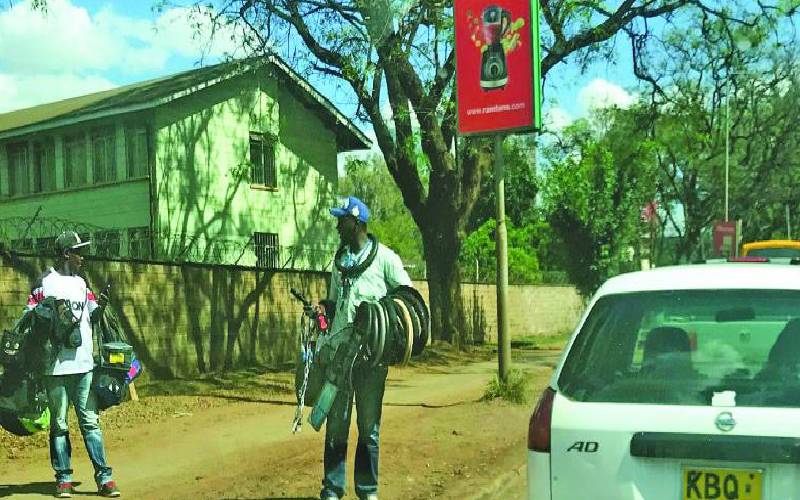 They hawk clothes at night outside supermarkets. They hawk every piece of item from car reflectors to kitchen accesories in the midday heat. They walk to work and home. They are Kenya’s economic warriors.

Recently a visitor from the country side asked me why those hawkers can’t go home and farm. My answer was that if they were not making money, they would have left voluntarily.

Hustlers work under unfavourable - crowded, noisy, hot, dusty and rainy - conditions. Some suggest that with time, they get used to the conditions and barely notice the inconvenience.

Yet, they make an honest living, from the sweat of their brow.

It’s hard to be a hustler. Regulators and authorities do not factor them in planning. They are chased from city centres, seen as a nuisance. They rarely get the privileges accorded to foreign investors including tax breaks.

I recall some governors promising free land to investors. Were hustlers included?

In developed countries, great effort is taken to make life easier for hustlers. They have amenities similar to those of the affluent, from parks to subsidised housing. While they may not hawk, there are job opportunities for them in every sector.

In developing countries, it’s a different story with power wielders and key economic players valuing the hustlers only for their consumption and voting power. After that, they are on their own. Chamas and relatives take over.

The most powerful weapon against hustlers is price. They are excluded from best facilities, products or services because they can’t afford them. With time they blame themselves for not being able to afford these things.

They are unaware that the laws of economics are often tampered with by regulations, rules and culture, which are subjective.

Think of two great modulators of our lives; education and religion. Are they pro or against hustlers? Education calls for obedience, following rules without asking where the rules or regulations came from. Religion does the same.

Much later in life, we find that the rules and regulations are not very objective and are often out to perpetuate the status quoted.

Hustlers often discover that keeping rules and regulations is not rewarded. It simply makes it easier to be exploited. That is what Karl Marx tried to change. His experiment lasted for about 70 years ending with the Cold War in early 1990s.

Voting as a weapon

Without any countervailing force to capitalism, hustlers’ lives, it seems, will continue becoming harder. Their only weapon has been the vote.

But voting can be manipulated to perpetuate status quo. Without means to influence their destiny, hustlers become like ‘bags of potatoes’, to quote Karl Marx.

Through media, propaganda and at times encouraging ignorance, the hustler’s fate is sealed. Noted how kids from poor backgrounds now hate school? Even advanced technology has not made life easier for hustlers.

The dream that capitalism will self regulate and save hustlers has remained just that.

Some argue that with time, hustlers exit the hard life by shifting to less taxing work after making money or aging. But they have already suffered. Who will save the hustlers from their hard life? Or should we accept suffering as the norm?

Before you start a business

By Brian George | 2 days ago