A showdown looms after Education Cabinet Secretary George Magoha rejected reforms introduced by the University of Nairobi (UoN) which saw the institution scrap some senior positions and abolish six colleges.

Yesterday, Ministry of Education told universities not to implement the proposed structural and administrative changes, terming them illegal amendments to the university’s charter, contrary to provisions of the Universities Act, 2012.

Eight days after the UoN Council announced changes, Prof Magoha directed that all action on the proposals be kept in abeyance, pending relevant approvals and gazettement of the relevant instruments.

Although the letter acknowledges the efforts various universities and constituent colleges are taking towards reviewing their academic and administrative structures are in line with their technical and financial demands, it states that such must be undertaken within the established legal framework.

“Appreciating that the university sector operates within an existing legal framework, it is expected that as universities undertake this long-overdue exercise, the same should be done in accordance with the established legal framework,” the circular states.

Magoha also directed that where the reviews necessitate amendments to the “existing legally established structures, such amendments should be forwarded for consideration, approval, and gazettement where applicable.”

CS Magoha’s communication is directed at all public universities and their constituent colleges but the UoN management might find its contents curious, given the circular was after it announced its institutional reforms with a view to position it on the path towards relevance in the 21st century.

While announcing the reforms and changes, the UoN Council chair Dr Julia Ojiambo abolished five offices of the deputy vice chancellors and replaced them with two positions of associate vice chancellors, besides abolishing all colleges and reorganising all faculties by reducing them from 35 to 11.

The Council also did away with all the positions of principals and deputy principals, and reorganised their roles under new positions of executive and associate deans.

Magoha noted whereas ongoing changes are long overdue, it was only proper for the reforms to be undertaken within the confines of the existing laws and statutes.

“Proposed reviews that necessitate abolishing/establishing positions in the governance and administrative structures of a public university or constituent college, especially those not envisaged in the Universities Act, 2012, must comply with the necessary legal framework governing.”

The circular further reads: “Such changes must be forwarded to the ministry through the Commission for University Education before their relevant human resource instruments can be approved by the Ministry.”

Magoha’s directive implies that all the new positions announced and created by the UoN Council are invalid as they are not recognisable under the Universities Act.

It is however not clear whether the UoN Council met all the requisite legal provisions before declaring the changes.

“Any actions on the proposed changes as highlighted above should be kept in abeyance pending the relevant approvals and/or gazettement of the relevant instruments,” it stated.

Should the UoN Council have its way, at least six principals and three deputy principals will lose their perks, and hundreds of non-teaching staff will be rendered redundant.

The UoN Vice Chancellor Professor Stephen Kiama defended the Council’s actions, noting that downsizing and restructuring will help to eliminate duplication of roles, hence cutting down on cost through improved efficiency.

Prof Kiama yesterday said the university was studying the circular.

By Mike Kihaki 1 day ago
Education
Magoha: School calendar will not be altered

By Mike Kihaki 1 day ago
Education
We will support you, teachers tell Ruto on election 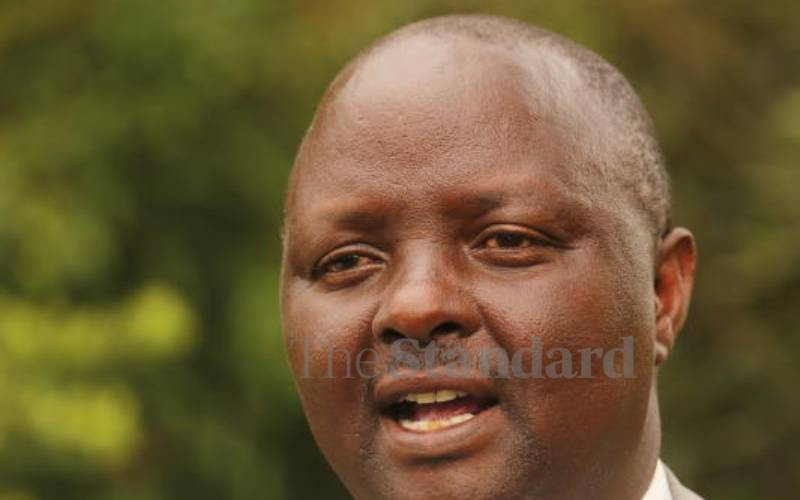