From afar, the four-storeyed building that hosts Vision Academy in Subukia, Nakuru County, is a sight to behold - the perfect private school with playing equipment doting the lower part of the expansive field.

But looks can be deceiving. With no income from students, the school no longer generates any money.

Its entire two-acre playing field has been ploughed in readiness for planting vegetables, which will sustain teachers who have converted the classrooms into temporary homes.

A building at the furthest corner of the school has been turned into a water bottling plant where the teachers are learning the ropes of this newest venture.

The water will be sold at a bookshop that belongs to Nakuru Book Point, which is in the process of changing its business model.

Albert Kimani, the school's proprietor who also doubles up as the chairperson of the Kenya Booksellers Association, Nakuru Chapter, said the decision was spurred by the current tough times.

"It is sad. We are hardest hit by the pandemic. I run a school and two bookshops in town and mine is a double tragedy. The school is on its knees and the bookshop is doing badly. That is why I have to convert it to a water shop once I get all clearances and licenses so that teachers will operate it and earn something to sustain themselves."

The Nakuru Chapter brings together booksellers from Nakuru, Baringo, Laikipia and Nyandarua counties. Kimani said the members are owed millions of shillings by schools in arrears.

With hardly any money coming in to pay rent and salaries, most of the booksellers have either closed shop or sent their workers home. Others have opted to try their hand at different ventures.

"Some have converted their shops to sell mattresses and food stuffs, while others are selling face masks and carrier bags," said Kimani.

Nakuru Book Point has been left with four workers from a staff of 15 while Patmat Bookshop has three employees down from 30 in its two shops. Only one, however, still sells books and uniforms to the almost non-existent customers.

In the second shop, beautiful carpets now adorn the walls where books once took pride of place. Bedding are neatly arranged on the shelves while mattresses and duvets take up space on the floor.

Patrick Gitau, the owner, said, "It is not business as usual. It is the impact of the pandemic and we are trying hard to adjust and stay afloat so we can pay rent. This is one of the busiest streets and we are making very little sales that can neither pay rent nor salaries."

At Honest Bookshop, only four staff out of 15 employees are working to keep its two shops open. John Mbugua, the shop owner, said plans are underway to switch business models.

"The situation is tough and paying rent is the greatest challenge. With five months before schools open, we might not be able to operate both shops and might have to finally close," said Mbugua.

Ereto Bookshop, one of the largest in Nakuru town that occupied three floors, has also scaled down its operations to a single floor.

Stan Bookshop has closed its branches in Ol Kalou and Nyahururu towns.

Kimani said the plight of his teachers moved him to find a business where they could generate income and put food on the table. There are 12 teachers currently living on the school grounds.

"There is no need for the field to lie idle while I have hungry teachers. Online learning failed because parents could not pay and the bookshops are not bringing in money. I invested Sh300,000 in a water bottling plant to generate income to keep the teachers going. Licensing costs and permits are expensive but inspection and tests have been conducted and I am almost done with the remaining process,” he said.

According to Kimani, schools often advertise for tenders to be supplied with learning materials in November every year. The booksellers get bank loans to stock up on the materials that are distributed to the institutions.

The Covid-19 pandemic, he said, hit at a time when some schools had made partial payments while others had not paid up as they waited for the government to release funds.

"In Nakuru alone, schools owe book sellers over Sh210 million for supplies they made in January. The banks are on the necks of booksellers and that is why they changed the nature of their businesses to survive."

After the government started supplying text books to schools, booksellers have been supplying stationery, chemicals and sports items. They also sell text books to parents.

Gitau revealed that he is repaying a loan he had taken out to supply schools with stationery.

"We were expecting schools to be opened by September but that has not been the case. We are still not sure whether the curve will have flattened by January. We have bank loans to service, rent to pay and other bills to settle. The schools that we had supplied materials to are yet to receive money from the government," he said.

Gitau said while the government had taken the initiative to supply textbooks to schools thus stripping them off a profitable source of income, the pandemic had dealt some of them a fatal blow.

"The challenge is that I cannot close the shop because getting back the space once the pandemic is over will be hard. The interest on the bank loan is huge and we have to do something to survive. Most workers are at home and those that remained had to take a pay cut."

Kimani said booksellers are frustrated and urged the government to consider their plight by releasing funds to schools so that they can settle their debts. 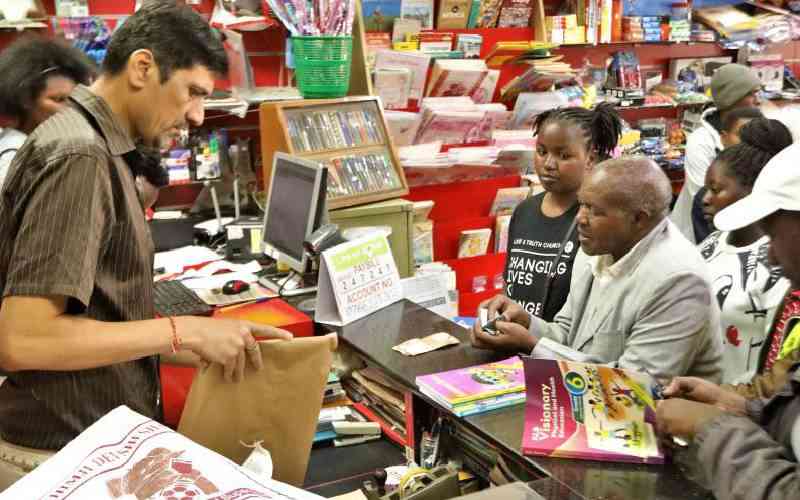 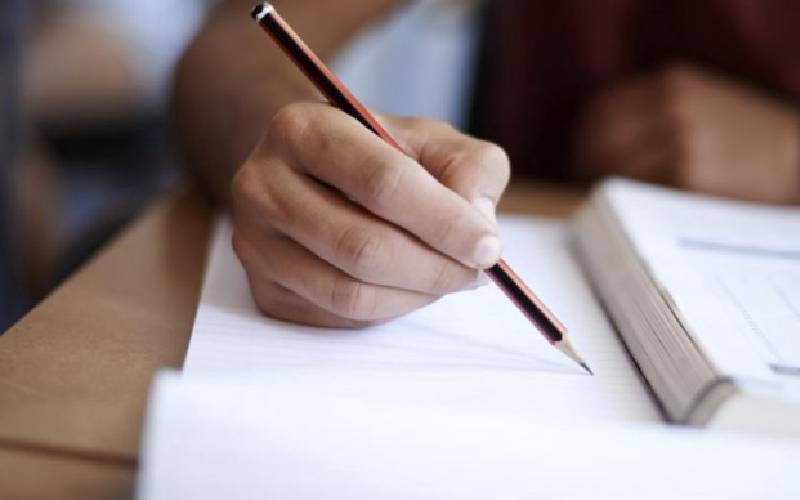