How to get the salary you want 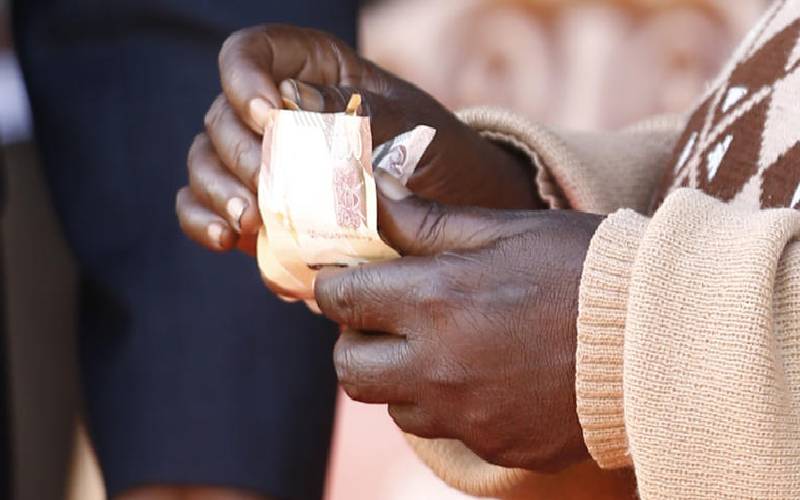 Not asking for what you are worth in your first job can cost you hundreds of thousands of shillings through your career.

According to the World Economic Forum (WEF), on average, women across the world are paid just 63 per cent of what men earn.

The 2018 Global Gender Gap Report, also by WEF, says a Kenyan woman is paid Sh55 for every Sh100 paid to a man for similar work.

At NGOs, the median wage for women is 34 per cent that of men.

The median salary for female employees in national government is 79 per cent that of men and in the county governments it is 56 per cent. For those in constitutional commissions, it is 55 per cent.

According to Joanne Mwangi, founder and CEO of PMS Group Limited, women sell themselves short because of conditioning from society.

“We tend to play second fiddle. The mind-set of the average woman is that if a man earns x then she can earn less than x.

“That is why many women will be given low salary offers and they would take it without fighting back,” Mwangi says.

She adds, lower salaries for are part of the old story on historical injustices against women, where women were mostly treated as second class.

Today, it can be argued, humanity has come so far that some of the shackles have been broken.

Indeed, there are women who now earn the same as or even higher than men for the same position.

It is also worth noting that sometimes the woman – maybe out of inferiority complex – sells herself short at the salary negotiation table.

The question therefore is: how can a woman go about achieving the goal of good remuneration?

Do your research before going for an interview

Every job, Mwangi points out, has a salary range. It is important to find out these information before heading for the job interview.

“Do your homework and find out what your peers are earning in the same position. You will be able to get a range. For instance, between Sh50,000 and Sh100,000.

“When you head for the job interview you will most likely be asked what you would want to be paid. State an amount close to the high end of the range. Your employer will always negotiate downwards. So, this gives you an upper hand so that whatever you settle on won’t be as low as the lowest paid,” Mwangi says.

Once you have stated your worth stick with it, Emmanuel Mutuma, the CEO of Brighter Monday, a job recruitment firm, said in an earlier interview.

Like Mwangi, he notes, women, mostly because of culture, have been conditioned to be less assertive.

Blow your own trumpet

Because of the society’s conditioning that both Mwangi and Mutuma agree has existed over many years, women tend to avoid selling themselves at a job interview.

“This greatly affects how the recruiter perceives you,” Mwangi says. Her advice to women is to stop being the ‘nice girl’ as per men’s expectations.

“Stop being humble and modest. Sell yourself. Make them know that you are bringing value and not your femaleness to the job. Make sure that you pitch for yourself. A job interview is a place where you are expected to explain why you should be given the job.

“Make them understand that while they will be paying you as per your value, your work will result in far better earnings for the organisation,” Joanne says.

According to Mwangi, the only reason why your employer would want to add you more money as salary is because they do not want to lose you.

“Make your employer understand that if they lose you they would be losing an employee whose output is significant to the organisation’s ambitions,” she says.

According to Doreen, the fastest and easiest way to ask for a raise would be to prove that you deserve it.

“Go to your boss with your Key Performance Indicators. Show them, for instance, that while the company expected you to produce value x, you were able to produce x + 1,” she says.

During end of year appraisals, arm yourself with proof that you performed over and above expectations.

Beyond that, Mwangi advises women to up their skills and give their best to the employer. By doing this they are proving their worth.

Argue your case without pointing fingers

When arguing for a salary increment, avoid pulling in others who should not be involved.

The temptation is that if you found out a colleague earns higher than you for the same job you might bring it up in the meeting with your boss.

This would work against your ambitions of getting an increment, says Doreen.

“Do not make your boss think that you only want an increment to match up your colleagues and not because you deserve. It is not about you but about your value,” she says.

“It has to be based on merit: you should deserve it. You cannot ask to be paid more simply because a colleague earns more than you do,” she says.

Do your homework about the organisation

Given, every employee would love to earn as much as a CEO does – regardless of the value you are bringing in.

But not all employers have a budget to match such a salary. Before going in for the interview, Joanne says, do your homework on finding out more about the company.

“Find out who is the highest paid in the company and who is the least paid as well as what they do,” she says.

Find out if the company is able to pay what you want. This way, if you go through the interview, you can ask for a salary within your employer’s range.

The main reason you could be earning less compared to your colleagues could be that you are not as qualified as those who earn more.

For instance, if your skills are at diploma level, why should your employer pay you the same as someone whose skills are at Masters level?

Up-skilling is also a great way to get your employer pay you what you are worth. Education never stops, so they say.

Sheila Birgen, an entrepreneurship in technology expert, notes that the world is constantly changing.

“Some skills that were employable yesterday are no longer employable today,” she says. “If you were a typewriter ion the 90s you lost your job with the advent of computers – unless you gained new skills on how to use a computer.”

Gaining new and modern skills, she says, is absolutely imperative in a fast changing world where more and more jobs are becoming obsolete.

An extra skill, Doreen says, would be justification for a promotion – both of which would mean improved earnings.

Get an accomplished female mentor

Mentorship is good. This applies whether in business or in life. It also applies, with larger ramifications, to employment.

Mary Muthoni is the Executive Director of St. Petroc Premier School. She is also the chairperson of Women in Business.

“I cannot overstate this point more: you need a mentor for you to grow and excel in whatever it is you are doing,” Muthoni points out.

Being mentored by a more accomplished female would improve one’s understanding on the workings of the employer-employee dynamics.

“Ask your mentor questions that will help you prepare argue for a promotion. Get to know their own experiences. Find out from them how best to approach the subject of salary increment with your boss,” she says.

If you can, read books by accomplished women: drawing wisdom from their career experiences and accomplishments.

We all have ‘last resort’ options. When all else fails, what next?

When you approach your boss with a proposition for a salary increment, you might succeed or fail. In fact, chances are that you will be rebuffed.

This is why it is important to start preparing for a possible exit: to seek greener pastures.

If you have tried everything but nothing still works, it may be a signal that you need to move on.

Wherever you go next, be sure that they have HR policies on equality for all staff. This improves the chances that you will earn the same as your male work mates.

He 'bullied' his way everywhere.

KRA raises alarm over smuggling in the lake 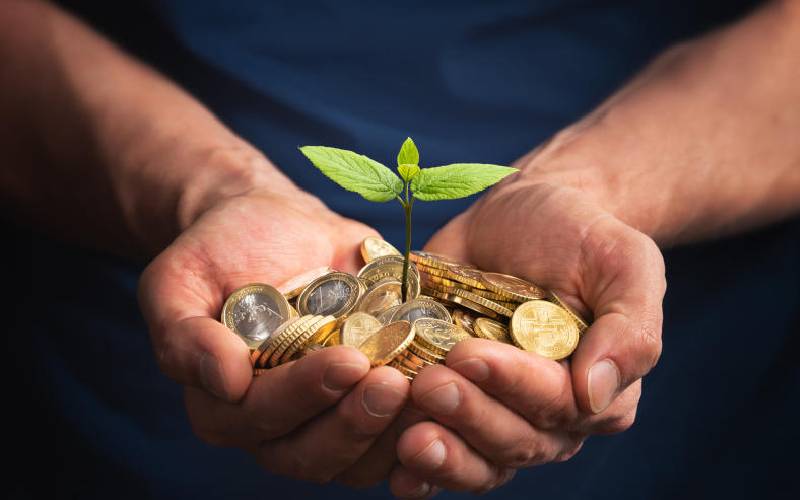 By Awal Mohammed | 14 days ago 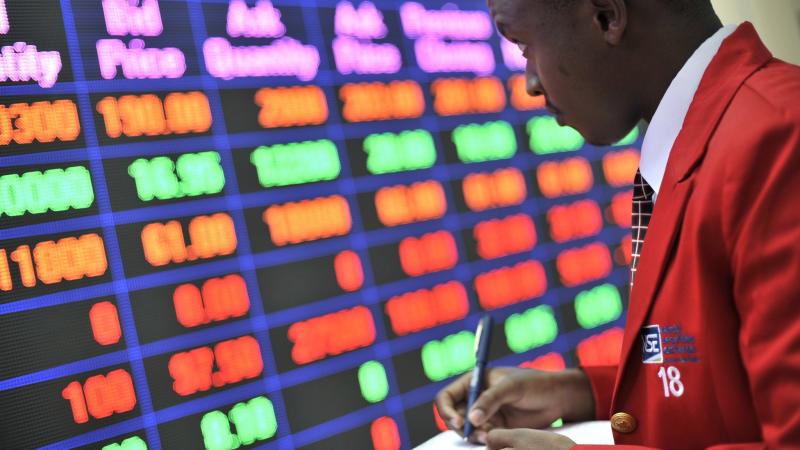 By Wainaina Wambu | 1 month ago 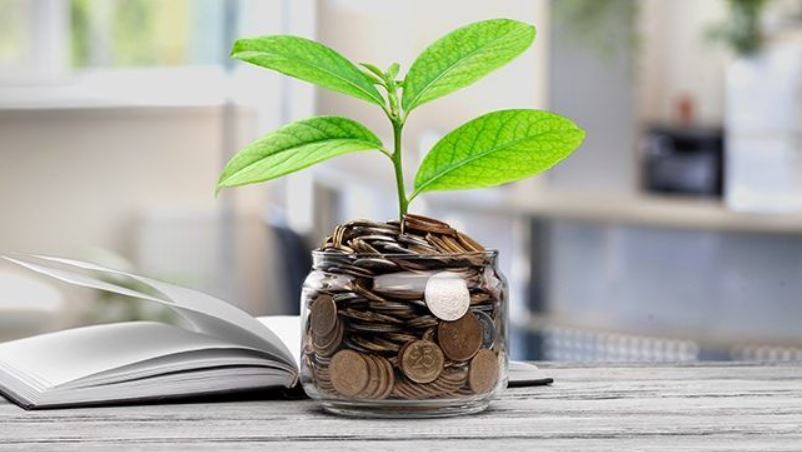 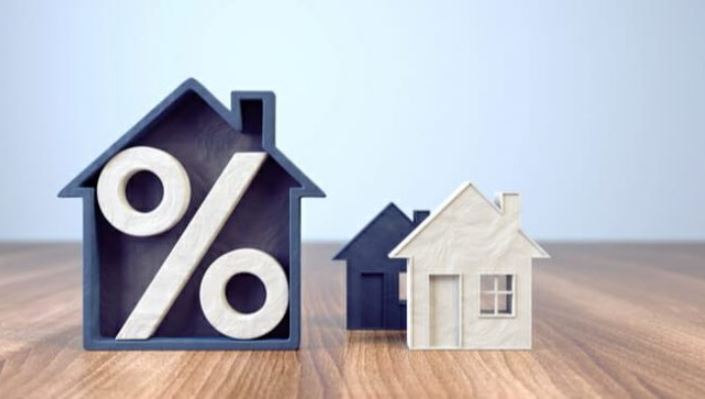 By Sara Okuoro | 2 months ago

What you need to know about types of mortgages
Feedback