Nine years after onset of devolution, nothing much has changed 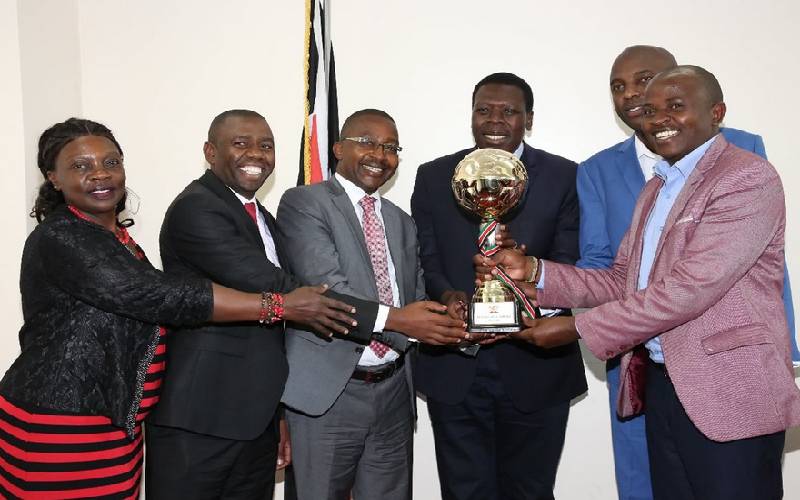 Polarisation has long been a feature of Kenyan politics; where ethnic, religious, and other identity based divisions have driven episodic violence, especially around the period of elections.

In 2010, in an effort to address tensions, the national government set out a plan to devolve power to 47 newly designated governance units known as counties. Nine years on, has devolution delivered on its promise of peace and inclusion?

Devolution was meant to be the panacea. By decentralising power to 47 counties, each with democratically elected governors, devolution was expected to lead to more inclusive and accountable county institutions able to deliver better services for all and in turn reduce the tensions and divisions that cause conflict.

There are some undeniably positive results of devolution.

There is more financial investment and employment, better roads, health and early childhood development facilities, and people are closer to democratic processes that directly affect their lives.

On the surface, the county government structures themselves look robust too, with all the institutions theoretically necessary to govern in accordance with the 2010 Constitution.

These are good signs, but don’t quite tell the whole story.

Far from being cast aside, the ethno-politics that characterise national politics in Kenya have now been devolved to the counties.

Identity rather than policy is people’s primary political concern, with elections characterised by ‘negotiated democracy’, whereby leaders from the major ethnic groups form voting blocs to gain power and divide up county departments upon taking office.

Some negotiated democracies have been found to be ‘inclusive enough’ to maintain short-term stability.

But this stability is unlikely to last. Identity politics pit ethnic groups against each other and lead to exclusive service delivery based on patronage rather than need. A system like this is not conducive to sustainable peace, which depends on the political inclusion of all sections of society to ensure that those in office are responsive to people’s diverse needs.

At the same time, a raft of progressive legislation has been passed but not implemented.

An act must be a precursor to action, not a substitute for it: The dormant Public Participation and Civic Education Act 2012, in particular, represents a missed opportunity to improve political inclusion.

Shortcomings such as this have left people excluded and unsure about how to access devolved services.

This must be addressed – political exclusion is one of the most likely determinants of intra-state conflict.

With devolution only nine years old, it is perhaps too soon to pass definitive judgment on its success.

But we can assess the extent to which devolution has delivered on its promises of greater inclusion and peace so far, and it is clear that neither have yet come to pass.

As institutions fail to deliver services equitably, old grievances have festered and new ones have emerged.

So what can those supporting the devolution process do to help deliver on its promises?

As an initial step, it’s time to stop seeing devolution as an end in itself – it is a process that can lead in a number of different directions, and perhaps even increase the short-term risk of conflict.

It merits more critical engagement – instead of supporting county institutions as a de facto good, focus should be on how they function in ways that contribute to peace and stability.

This requires two things: First, proper oversight and accountability mechanisms, both in terms of an impartial media, and more formal structures within the county government; and second, and above all, full political inclusion must be the central aim of those supporting devolution and the over-riding measure of its success.

To do otherwise would be to fall back on blindly supporting formal institutions and procedures even as those in power continue to ignore the needs of many of their citizens.

This type of support is counter-productive in the long term, locking in inequitable structures that undermine effective governance and exacerbate exclusion – undermining yet further devolution’s promise of peace.

Mr Siyat, is a youth leader in Garissa County

By XN Iraki 1 hour ago
Financial Standard
Premium When government fails on jobs, trust Kenyans to fill the void