A fire has destroyed an estimated 8,500 acres of moorland in parts of Mt Kenya.

Hundreds of youth have been mobilised by conservationists to help in combating the fires suspected to have been started by honey harvesters.

The fire started at Old Moses and Ontulili in Meru County on March 17.

Although the fire was put out after a coordinated response, other fires erupted on Tuesday in Chogoria and Ngushishi. An estimated 6,000 acres of moorland were destroyed, including hundreds of indigenous trees.

Volunteers have spent nights in the forests combating the fires to stop them from spreading.

Projects Africa manager John Maigua said the cause of the fire has not been officially established, adding that a huge part of the moorland area has been destroyed.

“Destruction of the moorland is disastrous. Should there be heavy rains, this may trigger flooding downstream,” Mr Maigua said.

Last Friday, the Friends of the Environment youth group joined the Kenya Wildlife Service (KWS) and the Kenya Forest Service (KFS) rangers and managed to put out the fire in some parts of the moorland.

Mr Maigua said they wake up at 5am every day to join the operation to stop the fire from spreading. He mobilised the youth who two years ago joined hands with security agencies and the British Army Training Unit (Batuk) to put out a fire in Loldaiga ranch.

Meru County KFS ecosystem manager Mr John Njoroge praised the community and the Friends of the Environment over their efforts to control the fires.

Mr Njoroge said by Tuesday, approximately 6,500 acres of moorland had been destroyed.

“The fires are still raging in various parts and we are calling for more support from the community and agencies to save the ecosystem,” he said. 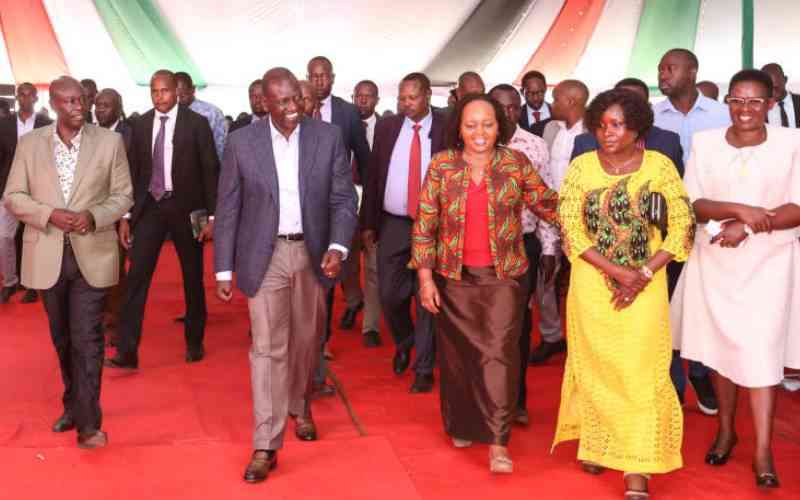