Businesses in Mombasa want government agencies to implement the directive by President William Ruto reinstating all port services to the coastal city.

They claim the Kenya Ports Authority (KPA) has not implemented the inauguration day order.

Okoa Mombasa, a lobby that has been pushing for enhanced economy in coast, has asked the President to put his directive in writing. They expect this will compel KPA and other agencies in the Transport ministry to act.

At the same time, the Kenya Transporters Association (KTA) on Tuesday wrote to KPA, prodding the port operator to confirm it is in compliance with the directive.

The government in June 2018 ordered cargo importers to use the Standard Gauge Railway (SGR) as it sought to increase traffic on the line that started operations in January of the same year.

Although directives were declared illegal by the courts, the government appealed the ruling.

But after he was sworn in last Tuesday, President Ruto directed that all goods be cleared in Mombasa and not at the Inland Container Depots in Nairobi and Naivasha.

“President Ruto’s pledge to return all port services to Mombasa is laudable, but so far we only have words, nothing has changed on the ground,” said Khelef Khalifa of Muslims for Human Rights, an Okoa Mombasa member.

“The SGR cargo directives need to be revoked in writing and KPA needs to issue a written communication allowing customs clearance in Mombasa. Until both of these happen, we cannot say that port services have returned to Mombasa.”

There has been complaints that the Coast economy had deteriorated since some of the operations were relocated.

The lobby argues that many people had lost their livelihoods. Also affected were small-scale traders whose businesses such motor vehicle spare part shops and food kiosks were dealt a blow.

“Rescinding the SGR cargo directives is the only way to truly restore port services and livelihoods. This would also greatly increase the port’s competitiveness by giving importers more options for customs clearance and transport,” said the lobby in a statement.

The dismissed claims that the move would kill business at the inland depots.

“Nairobi and Naivasha will still get cargo. We are simply demanding freedom in how we do business. Cargo owners should be able to choose two things: the Customs area to clear their goods and the mode of transport.” And road transporters, who were also hard hit, cautioned KPA and other State agencies against failure to fully comply.

“If above is not the case then we would like you to take note of our following concerns… (that) any procedure requiring an importer to apply for clearing or nomination of their shipments in Mombasa is in fact hoodwinking the President and the public in general that the illegal order given by the previous government has been reversed,” said KTA in the letter to KPA. 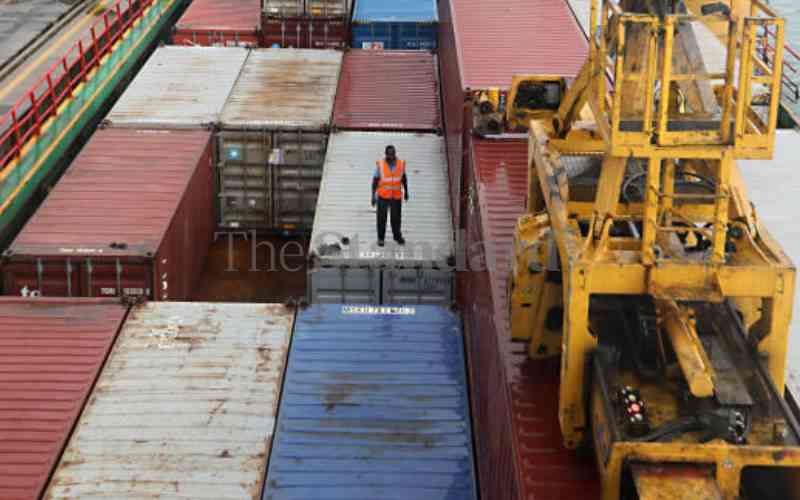