Central Bank of Kenya Governor Patrick Njoroge on Monday said unnamed rogue elements in the currency market and some commercial banks had contributed to the recent weakening of the shilling against the dollar.

Dr Njoroge likened their scheme to Kenya’s biggest corruption scandal, the “Goldenberg” affair, in which billions of shillings of public funds were stolen in a bogus gold and diamond export scheme.

He made the comments, during an induction briefing with newly elected members of Parliament while explaining why the foreign exchange market has recently experienced some volatility.

The shilling has been on the back foot in recent weeks on the combination of weak inflows and strong dollar demand across sectors, traders had said earlier.

But Dr Njoroge said unnamed rogue traders in some unnamed banks had compounded the problem for the shilling even as the US dollar strengthened globally wreaking havoc on several currencies.

"I want to assure you that we have an adequate foreign exchange," said Dr Njoroge.

"What was happening is that in the (last) two to three months we had people that were trying to bring us back to Goldenberg."

Kamlesh Pattni, was the tycoon behind the Goldenberg International firm -- the vehicle in the 1990s through which a fortune in central bank funds was siphoned out of the country in Kenya's biggest graft case.

The Goldenberg scam involved government payments to his firm for gold and diamond exports which prosecutors say never happened.

"If you remember what was happening with Goldenberg, this is what some of the people were pushing towards," said Dr Njoroge who is serving his final term as the CBK boss without divulging additional details.

"I don't want to get into the details because they will ask me where is the proof and I will say I don't have proof. I'm not the DCI."

The drainage of funds from the central bank spurred inflation, and devaluation of the Kenya shilling.

The shilling on Monday hit an all-time low against the dollar, signalling inflation and higher cost of imported goods.

Central Bank of Kenya (CBK) data shows the Kenya shilling exchanged at an average of Sh120.4294 on Monday, setting up the country for more expensive imports, electricity and debt servicing distress.

Dr Njoroge insisted the recent pressure on the shilling had nothing to do with market forces.

"What was happening is you do have rogue traders particularly banks and they are working to do their thing. So we went after those and we've dealt with some of them, " he said without listing names. "You know you cannot kill every single mosquito in the room. But I think the point is we have to deal with it. I think that's the sanity."

He said the electioneering period contributed to the breach of the law.

"We were in a particular kipindi (period) politics etcetera, everything was politics but now that we're on the other side I think that... sanity has returned."

Mr Pattni insisted in court cases that Goldenberg was designed to bring badly needed foreign exchange to Kenya by using the country's strategic position near mineral-rich but conflict-ridden countries like Congo and Sudan. 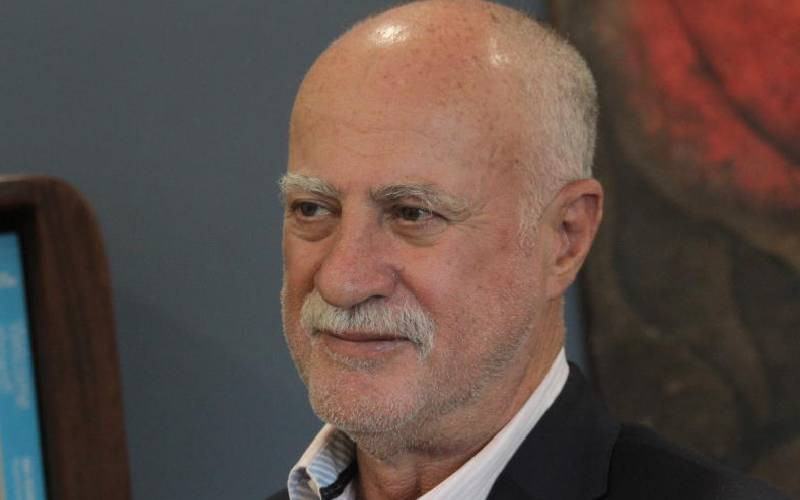