The government is mulling a plan to cut taxes on petroleum products in what could be the new administration softening its stand on fuel prices following public outcry.

The government on Wednesday scrapped subsidies on super petrol while implementing deep cuts on subsidies for diesel and kerosene, raising prices to unprecedented levels.

Also on the chopping board are margins for oil marketing companies, with plans to reduce them by Sh3 per litre to Sh9 from the current Sh12.

President William Ruto’s new administration, according to sources privy to the discussions over the last few days, expects that reduced taxes and margins for the oil firms will yield a Sh15 reduction per litre at the pump for the various petroleum products.

These are among the issues that were up for discussion on Thursday, a day after the Energy and Petroleum Regulatory Authority (Epra) published prices for the September-October cycle, shocking many with the steep hikes in price of petroleum products.

The meeting that brought together oil marketers, officials from Epra, the Petroleum ministry, National Treasury and other key entities resolved to retain the prices published on Wednesday evening against an earlier proposal to issue an amendment to the price capping guide.

It, however, agreed to look into what areas can be cut to give some relief to consumers.

This, though, would need to go through parliament and it is not clear if MPs would pass amendments to various laws to reduce taxes.

A much publicised attempt last year returned nothing for consumers while projecting MPs as caring and with good intentions for consumers, but bogged down by the processes they have to go through to achieve these intentions.

“It was agreed that we start here (retain the prices issued on Wednesday) but from next review, things are going to change,” said an industry source who was at the meeting.

“In total, it is expected to bring about a reduction of about Sh15 per litre, with officials from Treasury and the Ministry of Petroleum and Mining committing to relook the taxes on petroleum products.”

The source said both private sector and government representatives at the meeting were concerned about the rising cost of the subsidy.

The money spent on the subsidy, which is supposed to be financed by the Petroleum Development Levy (PDL) where motorists pay Sh5.40 per litre of super and diesel, outstripped the PDL collections long ago.

The levy collects about Sh26 billion annually, translating to about a monthly collection of Sh2 billion. This is in comparison to Sh15 billion per month spent on the subsidy over the last four months.

“There appeared to be consensus that there is no point in the government collecting so much in petroleum taxes and then giving all this money back in form of the subsidy,” said the source.

Other than outstripping the collections from PDL, the subsidy nearly matched the amount that the Kenya Revenue Authority (KRA) collects from the oil industry in form of taxes.

President Ruto said following his inauguration that if the government had continued with the subsidy programme, it would have spent Sh280 billion over the current financial year.

This would have meant wiping out every cent collected through petroleum taxes, and it would still not be enough.

“What perhaps has not been clear is the fact that taxes are the second largest item after the cost of the product,” said the official.

“In reducing the margins, what they will not be considering are the many factors that are not within our control. The shilling has significantly weakened against the US dollar which has meant that we have to use more shillings when buying petroleum products.

There is also the rising demand of products in Europe and Asia, which might mean that the cost of crude oil and refined petroleum products might stay high for the foreseeable future, the official said.

“Our experience is that once the government implements that cut, it is unlikely to reconsider and increase it to the current level level if at all the situation improves. It will be taking away money from companies that are not making money.”

Petroleum taxes are easy to administer while demand for the products across all sectors means the revenue is guaranteed.

It will be thus be hard for the government to let go even a fraction of what it gets from these taxes.

Talk of reducing petroleum taxes echoes what was a raging debate at the same time last year. Parliament, alarmed by the fast paced increase in pump prices, undertook an inquiry on what was causing the rise.

The National Assembly’s Finance and National Planning Committee after listening to senior government officials, industry players and even civil society, suggested a review of petroleum taxes.

The committee, then chaired by Gladys Wanga, proposed reduction of taxes and even prepared a Bill amending various laws.

These included the reduction of the PDL to Sh2.90 per litre of super petrol and diesel from the current rate of Sh5.40.

The levy was increased from 40 cents in July 2020, with an expanded mandate of stabilising fuel prices whenever there is a sharp rise.

It was meant to have funded the subsidy but collections were way below the spending that has risen to an average of Sh15 billion per month over the last four months.

The Wanga committee also proposed halving value added tax on fuel to four per cent from eight per cent, the reduction of oil marketers margins to Sh9 from Sh12 and have inflation adjustment done every two years against the current annual adjustment.

The committee also wanted inflation adjustment to be overseen by Parliament as opposed to the current situation where KRA publishes the rates depending on the average annual inflation rate.

The measures then were expected to yield about Sh14 reduction in the cost of fuel. Then, with a litre of super petrol going for Sh127 and diesel at Sh107, a Sh14 cut would have meant a great deal.

Nothing, however, came of these proposals. 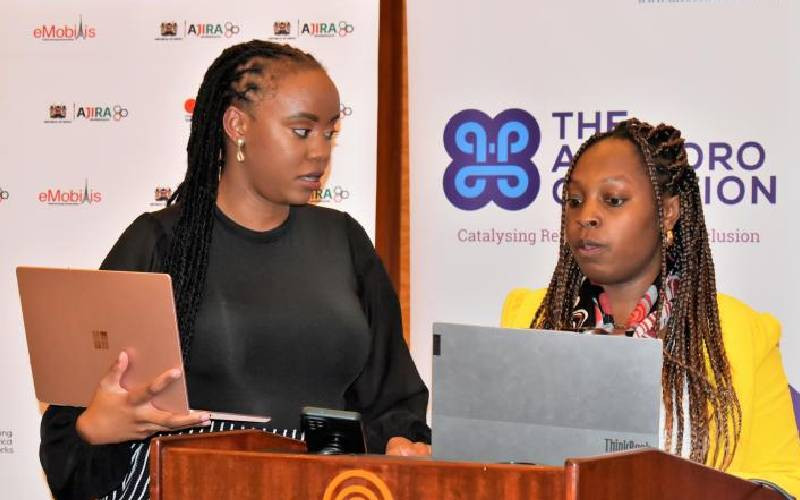 By Xinhua 7 hours ago
Business
'Our ride experiences in electric buses', Kenyans speak out

By Brian Ngugi Feb. 03, 2023
Business
SMEs to access up to Sh2.5m Hustler Fund loans this month