It was the first time in history that KRA passed the Sh2 trillion mark as the taxman’s aggressive collection strategies paid off.

“The positive revenue growth mirrors the improved tax compliance from taxpayers who contributed to the collection of revenue surplus of Sh148.9 billion against target, which is the highest surplus ever in KRA’s history,” KRA’s Commissioner-General Githii Mburu said yesterday in a statement.

KRA had a tax collection target of Sh1.882 trillion in the financial year that ended last month as captured in the 2022 Budget Policy Statement.

The taxman was also able to surpass its new higher target of Sh1.976 trillion as the National Treasury twice raised the bar for the tax agency, seeing a possibility of collecting more owing to improved economic performance after the country rolled back the containment measures against the Covid-19 pandemic.

All the tax heads, including taxes on profits earned by corporates, taxes on employee salaries, value-added tax (VAT) or the sales tax, excise duty, and import duty surpassed their target in the period under review.

President Uhuru Kenyatta, whose second term ends after the August 9 elections, will be pleased with this performance, given that for the most part, fiscal performance under his administration has been characterised by poor revenue collection and bloated expenditure.

This has, in turn, translated into huge debt uptake, which stood at Sh8.47 trillion as of the end of April 2022.

In the 2020/21 financial year, KRA also surpassed its target, collecting Sh1.669 trillion at the back of the aggressive collection, including the fight against tax avoidance and evasion as well as the re-opening of the economy.

The taxman collected Sh780 billion by the end of June 2013, the year Kenyatta came to power.

This means KRA has grown its tax collection by 160 per cent since June 2013.

During the financial year ending June 30, 2022, KRA collected Sh131.5 billion on behalf of other State agencies, reflecting a growth of 5.1 per cent compared to the previous financial year.

Some of these agencies include the Road Maintenance Levy, Airport Revenue, Aviation Revenue, and Petroleum Development Fund, among other levies.

The Exchequer, which is the money collected on behalf of the National Government, grew by 23 per cent.

This is after KRA collected Sh1.899 trillion compared to Sh1.544 trillion collected in the previous financial year. This translates into a performance rate of 103.3 per cent against the target.

The taxman attributed the performance to the emphatic fight against tax evasion, which has been anchored on enhanced active surveillance and enforcement operations that have been reinforced by collaboration with the multi-agency team as part of efforts to fight against economic crimes.

In the current financial year, KRA is expected to collect Sh2.141 trillion.

The taxman hopes to leverage technology to increase tax compliance, especially from high-net-worth individuals and the informal sector.

“To support the fight against economic crimes, KRA has also partnered with other jurisdictions globally to exchange tax information. 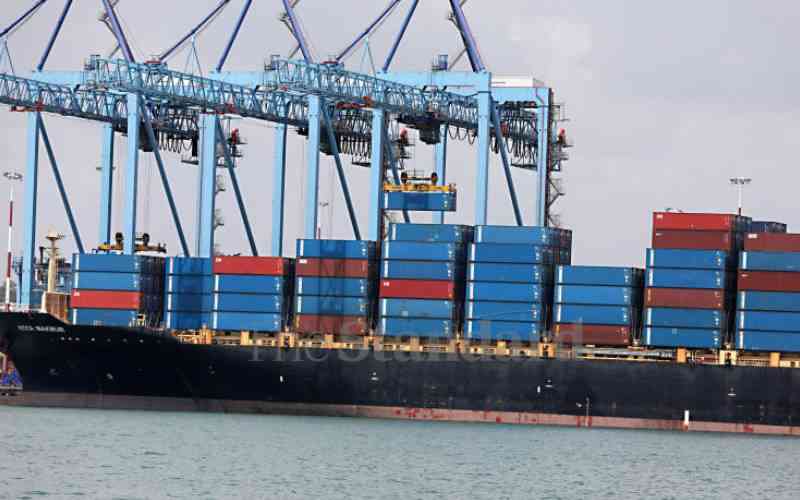 Former KTDA board members in attempted take-over
Business
By Elaine Kirui
46 minutes ago
Cyber security begins with hiring the right people
Financial Standard
By Sean Wasonga
2 hours ago
Premium Wash-wash: Jitters as Kenya set to know its fate on money laundering controls
Financial Standard
By Brian Ngugi
4 hours ago
Timeless pieces every man should own
Fashion Tips
By Esther Muchene
4 hours ago
Understanding the principles of ethical leadership
Work Life
By Tony Mutugi
8 hours ago
.