President Uhuru Kenyatta has asked the next government not to shy away from borrowing, noting that debt is a catalyst for rapid development.

Speaking during Madaraka Day celebrations at Uhuru Gardens in Nairobi, the President hit out at those who, for the last 10 years, have criticised his borrowing frenzy. Instead, he defended his administration for achieving a lot “using other people’s money.”

President Kenyatta’s administration has borrowed over Sh6.5 trillion since it came to power in early 2013, with a big chunk of the money used to build roads, dams, ports, and railways, as well as energy projects.

Unfortunately, these loans have also attracted scandals such as the Arror and Kimwarer dams in which over Sh60 billion is reported to have been lost, and more recently the Kenya Medical Supplies Authority scandal in which Sh7.8 billion of borrowed cash remains unaccounted for.

Moreover, debt-built projects such as the Standard Gauge Railway have not only been dismissed as white elephants, but their inception was also surrounded by controversy that included inflated costs.

Uhuru’s critics have also countered that this debt uptake has come at the expense of taxpayers with a large chunk of taxes used to repay creditors—particularly external lenders such as the Government of China.

Deputy President William Ruto, in his speech on March 15 after being endorsed as the United Democratic Alliance (UDA) presidential candidate, also condemned the rising debt.

“We think debt is the easier route but we must not be slaves of debt from any place or country; it will be the last resort,” said Ruto, who is one of the top contenders seeking to replace President Kenyatta in the upcoming General Election.

But Uhuru sought to blame corruption, which has seen borrowed cash used to line the pockets of individuals. He encouraged the next administration to continue borrowing to maintain the tempo of his government’s accelerated achievements.

“The fifth administration should not shy away from using ‘other people’s money’. Debt, in a cleaned-up government, is an enabler, not a burden.”

Kenya has even committed to the IMF that it will reduce debt-related vulnerabilities after entering into a three-year arrangement with the Washington-based institution, which will see government increase tax collection and cut down on non-essential spending in a bid to narrow the budget deficit– the gap between total spending and tax revenues that is plugged through borrowing.

Nonetheless, the President posed a question that has divided macro-economists: How much is ‘too much’ borrowing, and when does borrowing become unbearable to a nation?

Olivier Blanchard, a senior fellow at the Peterson Institute for International Economics, noted in a recent article in the IMF’s Finance and Development magazine, that there are no easy answers when it comes to deciding when the level of debt becomes unsafe.

As at March 2022, the country’s total debt stood at Sh8.4 trillion, data from the Central Bank of Kenya (CBK) shows, just Sh600 billion shy from the legal ceiling of Sh9 trillion. The National Treasury has since proposed that the debt ceiling be pushed up to Sh10 trillion, as it looks for more head room to borrow.

Church Ogutu, an economist, argued that Kenya’s debt burden is high, a situation that has resulted in elevated debt service costs.

“Furthermore, in as much as most of the debt pile-up has been towards infrastructural projects, the return on investments of some of the government’s capex (capital expenditure) has come below the 10 per cent threshold,” said Mr Ogutu.

Economists say that having a high debt level, like Sh8.4 trillion, for example, does not mean that a country is on the precipice of defaulting.

But if the economy is not growing as fast as the country is incurring debts, then there is reason to worry. Kenya’s public debt to gross domestic product (GDP), or the total value of all goods and services produced in the country, has nearly touched 76 per cent, from under 50 per cent when Uhuru took over from President Mwai Kibaki.

Uhuru argued that when South Korea achieved its economic ‘miracle’ in a record 25 years, it also achieved the rank of being the 4th most indebted country in the world.

But there are fears debt has grown much faster than the economy, which means that although maize farmers have moved crops faster on debt-built roads, more maize has not been produced. This is because the country has incurred largely expensive commercial loans with high interest rates, short repayment periods and virtually no grace periods. 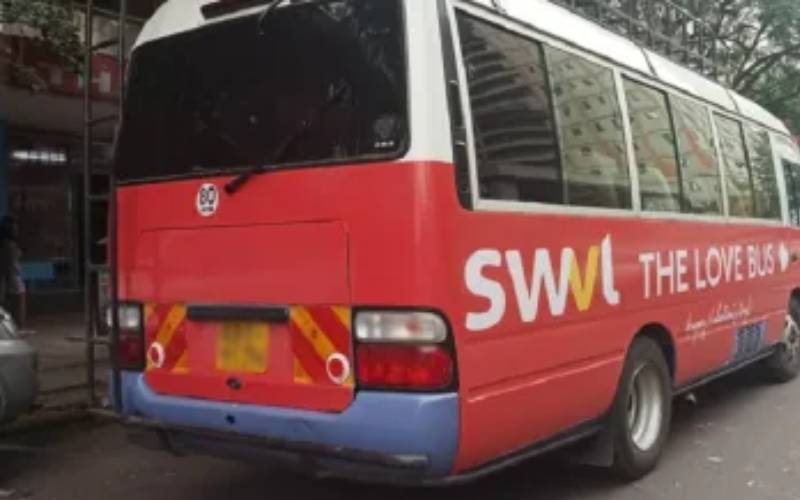 By Philip Mwakio and Patrick Beja 20 hours ago
Business
William Ruto's order on port takes effect, impact not yet felt