The Ministry of Petroleum has said there are adequate fuel stocks to last the country more than three weeks, refuting claims of major supply shocks in the coming days.

Instead, the ministry attributed the shortages experienced in certain parts of the country to the inability of a segment of the industry to acquire adequate stocks to keep their petrol stations running.

Principal Secretary Mr Andrew Kamau said the stockouts were specific to some small oil marketing companies, which could be experiencing working capital constraints owing to the high cost of fuel, which has significantly gone up at both the retail and wholesale levels.

“There is no fuel shortage in the country,” said Mr Kamau.

“The shortage is within certain oil marketers, the smaller ones, especially. With the prices of fuel being where they are, it is putting a strain on their cash flows. They may not have access to banking facilities the way larger companies would have. They can only buy what they can afford, and this is the issue. It is not a question of supply, it is one of affordability.”

This is even as the Kenya Transporters Association (KTA) expressed concerns about the fuel situation in the country, noting that it has slowly been crippling the industrial and road sectors.

KTA noted that the matter is now getting out of hand, and the government needs to arrest it now.

“We condemn the government for letting this current situation get out of hand and not resolving critical issues beforehand. The suffering of Kenyans as a consequence of this is unimaginable and unbearable,” said the lobby in a statement yesterday.

“Fuel is a matter of national security. This situation should not be allowed to persist. We call upon the government and oil companies to urgently and immediately resolve the situation before it develops further into total mayhem.”

The fuel shortage has been reported in different parts of the country, particularly North Rift and Western Kenya, by many independent oil marketers.

There were claims of outright refusal by the major oil marketing companies, which import petroleum products, to sell fuel to them, claiming limited stocks.

A spot check around Nairobi revealed that even some of the petrol stations supplied by the major oil marketers have also run out of fuel.

“There is no fuel in the petrol stations since yesterday. This morning, I drove all the way from Ngong trying to get fuel for my car, but I couldn’t find any,” said a driver affiliated with ride-hailing firm Bolt.

But the PS said the country has stocks that could last three weeks, and there are more vessels waiting to discharge petroleum products at the Port of Mombasa.

“At this particular moment, we have more than 21 days of stock in the country, and there are more ships that are waiting to discharge at the port of Mombasa,” said Mr Kamau.

The Petroleum Ministry is planning to meet with the independent players, in what the PS said is aimed at trying to see whether there are possible interventions to enable them to manage their cash flow challenges and increase the amount of fuel they acquire for their stations.

“We are planning to meet with them next week and try to find out whether it would help alleviate their cash flow constraints if we were to talk with some of the banks to give them extended credit. We want to understand their exact financial position and try to figure out how we can help them,” he said.

The PS noted that the independent oil marketers have in the past tried to move away from buying exclusively from the big oil marketers by importing their own products.

They had formed one entity that would pool resources to fight it out with the big boys, but this did not take off.

“They have in the past wanted to import fuel directly so that they are not tied to buying from the oil majors. We facilitated them by giving them licences and got them into the open tender system, but unfortunately, they relinquished their position,” said PS Kamau.

He also refuted claims that the government had failed to reimburse the major oil markets for their margins.

To keep prices stable, the government has been slashing the margins of oil marketers but pays for the same later.

Marketers, however, complain that they go for months without getting their money, with the current arrears said to run up to four months.

PS Kamau, however, said the outstanding amount is for the past one and a half months, which he said should be paid once verification is done.

He said at no time has the government failed to pay for unnecessarily long periods.

The government has been cushioning consumers since April last year, drawing funds from the Petroleum Development Levy (PDL) Fund.

Kamau said the levy, which was increased by Sh5 to Sh5.40 per litre of diesel and petrol in July 2020, has over the period collected Sh40 billion. To date, he said, the government has spent Sh34 billion on the fuel subsidy.

“The levy has more than adequately done its job. In the last year, the price of fuel has gone up twice. There is the narrative that fuel price has been going up all the time, but it is not the case,” he said.

“The government had the foresight as early as 2020 to start collecting money that would cushion us in case Covid-19 recovery was faster than we thought or indeed in case anything happened. Back then, nobody could have envisioned what was going to happen and there was an outcry as to why the government was increasing prices by Sh5, but now we can see why you mitigate against price risk.” 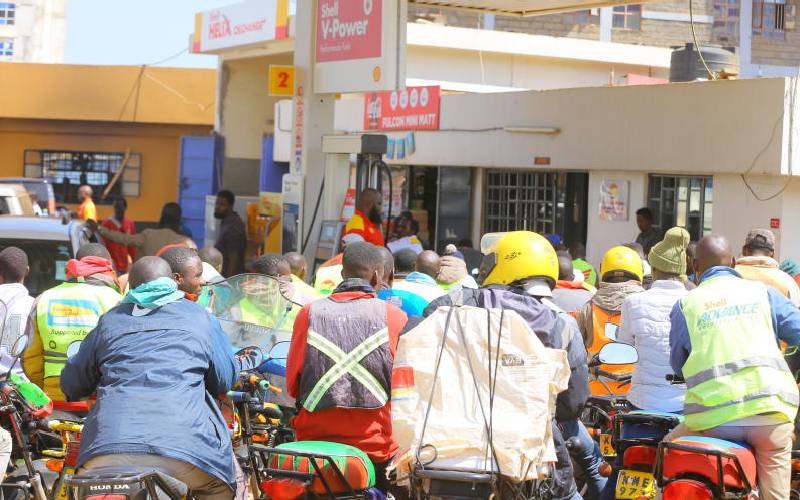 Next article
Relief for farmers as fertiliser prices go down 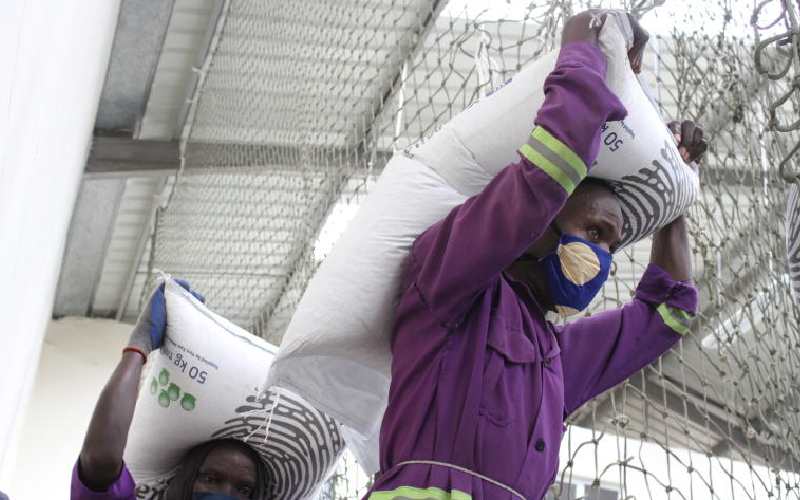 Global shocks push more than 1.4 million Kenyans into poverty
Business
By Moses Omusolo
5 hours ago
Pump prices unchanged as State ups subsidy
Business
By Macharia Kamau
8 hours ago
World Bank seeks review of Kenya healthcare financing
Business
By Graham Kajilwa
1 day ago
Elections should not cause unease, economic uncertainty
Opinion
By Tobias Alando
1 day ago
Interact and socialise beyond work; you need it
Business
By Peter Theuri
1 day ago
.