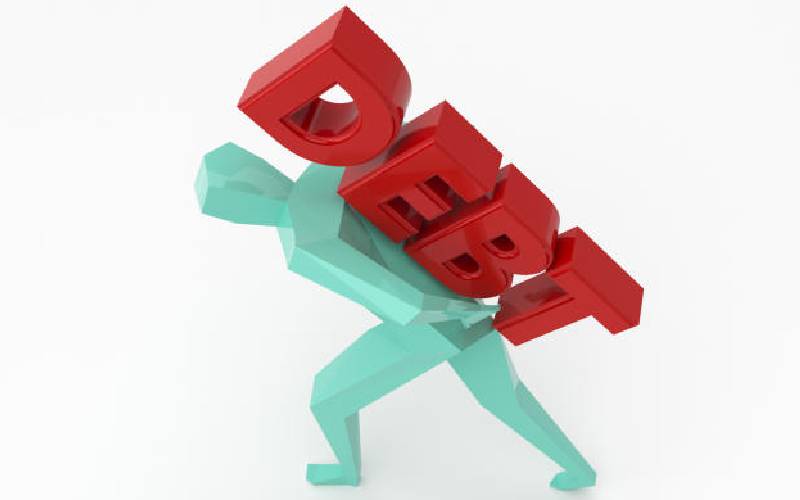 Kenya’s public debt increased to Sh8 trillion by the end of September last year, according to data from the Central Bank of Kenya.

The CBK’s weekly bulletin released on Friday indicates that the country’s stock of public debt, including guaranteed loans, stood at Sh7.996 trillion in September last year, an increase of Sh299 billion in the first three months of the current financial year ending June 2022.

In December, Kenya received a disbursement of $258 million (Sh29.2 billion) from the International Monetary Fund (IMF), which means that the country’s debt has surpassed the Sh8 trillion mark.

Although external debt in dollar terms reduced from $37.08 billion in June to $36.73 billion in the review period, the weakening of the shilling inflated the stock of foreign loans by Sh59 billion in three months.

The reduction of the external debt was largely due to a huge repayment of Chinese loans, including the first installment of the financing for the Mombasa-Nairobi Standard Gauge Railway (SGR) in the period under review.

Kenya is expected to issue two Eurobonds by June to raise funds for budgetary support and to repay another sovereign bond maturing in 2024, Treasury Cabinet Secretary Ukur Yatani told Reuters on December 24.

On Friday, visiting Chinese Foreign Minister Wang Yi said Beijing will “in due course” be extending the SGR from Naivasha to neighbouring countries, including Uganda and Rwanda.

Financing of this section had been projected to cost Sh368 billion.

The Treasury has in recent times warned of a looming financial crisis as the level of debt threatens to surpass the country’s total economic output, or gross domestic product (GDP).

This means that even after pumping a lot of borrowed cash into what President Uhuru Kenyatta described as “big push investments”, the country’s productivity has not increased exponentially.

The growth in GDP and tax revenues has not kept pace with the pile-up of debt.

“The diverging growth rates implies that the stock of debt will eventually exceed the stock of GDP, unless the fiscal deficits decline over time,” said the Public Debt Management Report for the 2020-21 financial year that was tabled in the National Assembly in October.

The report paints a situation where much of the borrowed money has not resulted in increased cash flows.

For example, former President Mwai Kibaki was able to grow real GDP - which is adjusted for the increase in prices - by 474 per cent in the first eight years. During the same period, he grew public debt by 118 per cent.

On the other hand, real GDP under Uhuru’s first eight years grew by a paltry 37 per cent while debt grew by 372 per cent.

Part of the reason for President Kibaki’s huge growth in real GDP was that he was coming from a low base, having inherited what by then was described as an economy in intensive care unit, economists have said.

And being in a pandemic year, that will also see us hold the General Election, expectations of the business community differ.

The legal fights have deepened with a new application to jail Sarrai Group directors and the receiver-manager Ponangipalli Venkata Ramana Rao.

By Anthony Gitonga | 21 hours ago

By Jennifer Anyango | 21 hours ago