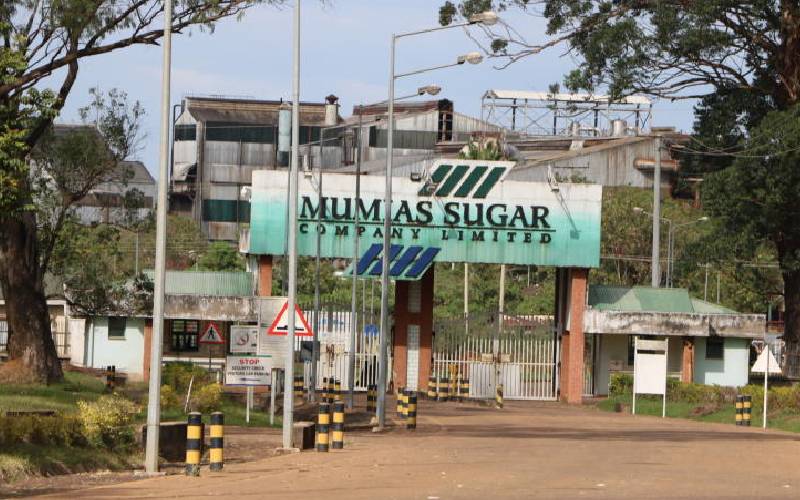 A Ugandan firm that won the lease of Mumias Sugar Company equipment might not savour its victory yet after a case was filed in court yesterday to challenge the contract.

Barely a day after Sarrai Group was announced as the winner of the 20-year lease, Tumaz and Tumaz Enterprises Ltd, a firm associated with businessman Julius Mwale, sued Mumias’ receiver-manager Ponangipalli Venkata Ramana Rao claiming irregularities in the bidding process.

Tumaz’s lawyer Javier Munzala avers that the process was so secretive that it was impossible to know who won the tender.

Court papers show that Tumaz had bid Sh27.6 billion for the lease while Sarrai bid Sh11.5 billion for a similar number of years.

“The defendant’s (Rao's) decision to disclose only the financial aspects of the bid is illegal, procedurally unfair and violated the plaintiff’s legitimate expectation and the principles of natural justice," the suit papers say.

"The defendant failed to open the various bids in the presence of the bidders as a result of which it is not possible to ascertain whether or not the documents submitted by the bidders were responsive or not.”

There are several cases touching on the survival of Mumias, at one time the largest sugar miller in Kenya.

One was by sugar farmers who said that as of 2018, they were among creditors owed Sh30.1 billion by Mumias. Others included KCB Bank, which was owed Sh600 million.

The court papers filed before the commercial court say that an investor had already been picked through a private treaty, thus locking out the possibility of getting more from the miller.

Digital lenders barred from CRB listing of loans of up to Sh1,000

Digital lenders will not blacklist defaulters of up to Sh1,000 loans in proposed Central Bank of Kenya (CBK) regulations.

By Anthony Gitonga | 18 hours ago

By Jennifer Anyango | 18 hours ago