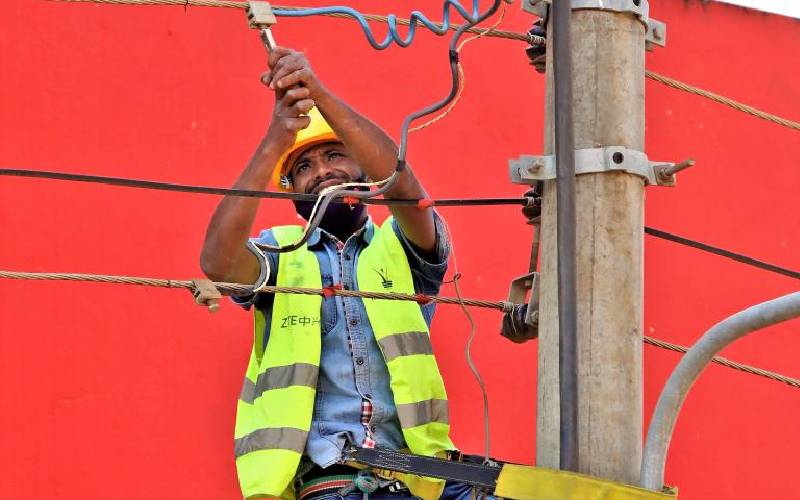 Kenya Power electricity sales in October hit a record high for a single month, pointing to improving economic activities in the country.

Data from the Kenya National Bureau of Statistics (KNBS) shows the utility firm sold 835.08 million kilowatt-hours (KWh) of electricity in October—the highest in the history of the firm.

This was up from 801.61 million KWh posted in September and marked the fourth straight month of sales above 800 million KWh.

The increase in electricity sales points to the rising pace of economic activities in the manufacturing sector and large businesses following the removal of curfews and lockdowns.

Commercial and industrial consumers account for the largest share of electricity sales at 55 per cent, according to data from Energy and Petroleum Regulatory Authority (Epra).

The trend of rising sales is set to continue, with Epra data showing peak demand in the last week of November hit 2,036 megawatts (MW)—the highest ever recorded in Kenya’s history.

Last year’s electricity sales were hurt by low demand in the Covid-19 environment.

The improved performance marks a major boost for the power distributor, which posted Sh1.49 billion net profit in the financial year ended June 2021, as it looks to steady its earnings.

Demand for electricity dipped last year after the government imposed restrictions to limit the spread of coronavirus, which saw industries and other businesses cut down their activities in response to the pandemic.

Kenya Power’s sales dipped to 645.29 million KWh in April last year as the State implemented measures such as lockdowns and a dusk to dawn curfew to contain the spread of the virus.

Power generating firms have been producing above 1,000 million KWh since May, with October’s output standing at 1,065 million KWh.

The figure is a slight improvement from a similar period last year when Kenya Power sold 76.1 per cent of what power generators like KenGen had supplied.

Kenya Power expects to renegotiate capacity charges and the take-or-pay clause in contracts with independent power producers (IPPs), which have seen the firm incur higher costs.

The latest Auditor-General’s report, for instance, shows the capacity charge cost for IPPs in the financial year ended June 2021 was higher than the cost of energy purchased.

This, the Auditor-General Nancy Gathungu said, meant the IPPs were operating below their capacity, resulting in payment for idle capacity.

This impacts the profitability and sustainability of Kenya Power.

Angama was really a big mistake that turned into a huge business,” says Nicky Fitzgerald, the owner of Angama Mara Safari camp in the Maasai Mara.

By Frankline Akhubula | 11 hours ago