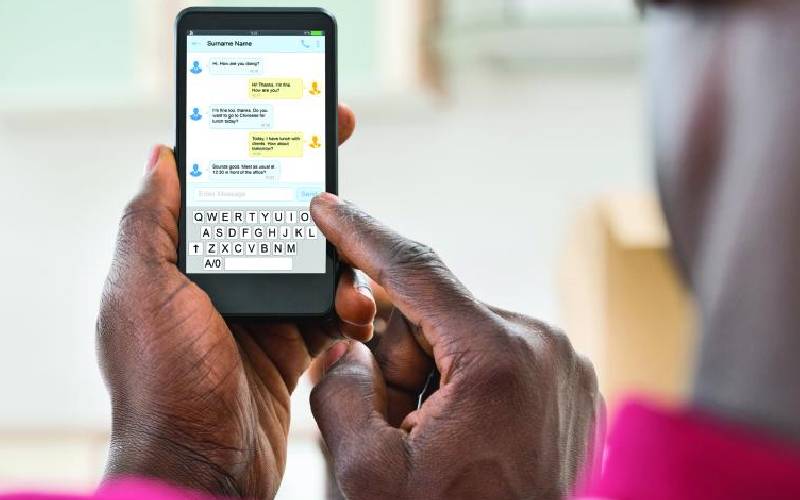 Safaricom says it will increase personalised SMS promotions to customers to slow down the pace at which the text messaging service is ceding ground to chat applications such as WhatsApp.

The telco, which commands about 90 per cent of the SMS market share, admits that the popularity of the service has been declining and it expects the downward trend to continue.

Latest data from the Communications Authority of Kenya (CA) for three months to September 2021 showed local SMS traffic via Safaricom was 8.66 million—a 44 per cent drop from 15.99 million in a similar period last year.

However, the company says it is not giving up yet on the service despite the growing preference for messaging apps such as WhatsApp, Messenger and Telegram, particularly among youthful customers.

“It’s fair to say that this will be a declining trend, but I think it’s not to the point that we are saying that we’re going to give up. No, we are not,” said Mr Pal.

“We believe that with the right level of engagement, customers use more, and we can keep on seeing a relatively stable line of revenue, but of course on a declining trend.”

Safaricom earned Sh5.87 billion as messaging revenue in the half-year ended September 2021, an 18.3 per cent drop from the preceding similar period as the average revenue per user dropped to Sh44.68 from Sh55.95.

Pal said the telco had realised that when it runs promotions to fit different customers, the service picks up.

“There is a space where we are currently working on to make sure we increase our level of engagement with the customers and also to make sure that the pricing works well for customers to look at messaging also as one of the ways to communicate,” he said.

Safaricom’s view is in line with CA’s latest data to September that showed quarter-on-quarter, the number of on-net and off-net messages declined by 24.3 per cent and 21.8 per cent respectively in absence of promotions.

“The drop in domestic SMS traffic was attributed to lack of SMS promotions and special offers during the reference period, coupled with the continued preference of OTT services over SMS,” CA said.

Safaricom Chief Executive Peter Ndegwa said the telco will start engaging customers more so that the SMSs offered to customers resonate with their lifestyles as opposed to a one-size-fits-all approach.

“On the SMS side we’ve also started to see that we need to engage customers so that they have a holistic offering depending on their lifestyle, especially the high-value customers,” he said.

Safaricom is facing a similar threat on voice revenue, with over the internet calls use rising. Mr Ndegwa said voice is a mature segment, and not much growth is expected going forward.

“What we do know is, given our scale, we do need to defend the actual segment and ensure that we keep our customers engaged,” he said.

Employees may be overwhelmed with too much work and may begin contemplating transiting to another place to ease the burden.

By Frankline Akhubula | 14 hours ago