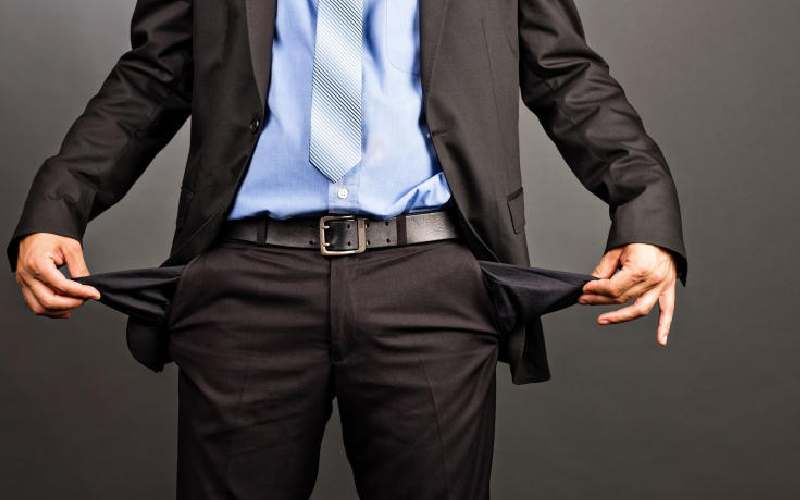 An article by Dominic Omondi in last week’s Saturday Saturday with the headline, ‘Broke Kenyans opened a record three million loan accounts in 2020’, was mind-blowing.

This unusually large number of loan applications was attributable to Kenyans seeking to weather the cash crunch occasioned by the Covid-19 pandemic. Days earlier, the Central Bank of Kenya had issued a gazette notice suspending listing on Credit Reference Bureau (CRB) of loan defaulters for loans under Sh5 million for a period of 12 months starting October 1. This was in response to an executive order by President Uhuru Kenyatta on Mashujaa Day.

These events point to the complex web of events necessary to navigate the lack of hard cash in the pockets of households and individuals within the economy. As has been demonstrated by the huge economies like the US, it is in the best interest of policymakers that there is adequate money in circulation. That is why a majority of households received up to three cheques in coronavirus relief stimulus in the US.

With no fiscal space for similar cash transfers to households and small businesses in our case, the path to recovery may be difficult. The next regime must engineer the Kibaki style interventions of 2002. The macroeconomic environment will be much complicated for the medium term of 2021/22 to 2023/24 fiscal years due to the campaign season, the ongoing drought and famine, and the expected poor rains in this short rainy season.

There are three plausible questions to explore in the coming days. To what extent did Covid-19 alter the country’s economic foundations? Is the expected campaign spending likely to inject cash into the economy, and hence cause temporary relief on liquidity within the economy? Are the ongoing social welfare initiatives like the Hunger Safety Net Programme and Inua Jamii Senior Citizens cash transfers likely to positively impact the economy?

On the brighter side, my hunch tells me that the health vulnerabilities from the coronavirus are behind us. With the current trends since the full opening of the economy, it is extremely unlikely that we shall return to the dark days. However, resumption of normal economic activities does not mean instant changes in the fundamentals that drive the economy.

The wheels of investments, employment creation, resumption of financial flows, the demand and supply chains, and right investor sentiments take much longer to reset. The government policies are instrumental catalysts in re-correcting these fundamentals. This is the reason we cannot avoid tracking what is happening at the political front, especially on the presidency and governorship.

On the dark side, the suspension of listing of defaulters by CRB might trigger low supply of credit. In the world of economics, all consumer and business decisions are, prima facie, dictated by the rules of ‘self-preservation’. Supply for credit to various economic units is driven by availability of credible information on the credit worthiness or lack of it from the demanders of the credit. Only a negligible minority in the economy can afford loan facilities of worth Sh5 million and above.

As expected, there are already media reports that digital lenders have indicated their unwillingness to offer their services to first-time borrowers. The commercial banks and formal micro-finance institutions are likely to take bolder and more stringent lending policies. The net effects are most likely going to be counterproductive. This is especially so with government securities (treasury bills and bonds) offering very attractive risk-free investment options due to its huge appetite for credit. A tight credit environment simply implies less available cash flows within the economy and depressed consumption.

The question of whether the easy cash flows associated with campaigns impact economic growth is a difficult one for economists to measure. Important factors that determine the likely effects of these cash flows are:

Are they external flows or is it simply a reallocation of consumption from within the economy? Do corporate sponsorships for campaigns represent a diversion from business opportunities to presumed better government policies in the future?

The obvious problem in understanding the impacts of campaign finances within the economy is because our system is opaque with no transparency or accountability structures. With the regulations proposed by the electoral body to control campaign spending no longer feasible, we would expect huge spending. Its capacity to oversee campaign malpractices is also a pale shadow of what was envisioned in the electoral management laws.

From intuition, it is obvious a lot of campaign funds flow from the diaspora and another significant proportion from illegal flows or hidden in people’s homes. This would imply a significant injection of cash from outside circulation within the economy. It is also an open secret that the incumbents divert budgetary allocations to politically correct projects and use government machinery for campaign-related activities.

Assuming campaign-related materials are procured from within the economy, conferencing and logistical spending and voter bribery (although illegal) means increased cash flow circulation in the economy. The electoral body procures the bulky of expenditures from outside the economy. What is consumed from within the economy is largely temporary employments, advertisements and stationary. The toxic campaigns, ethnic balkanisation and pockets of violence obviously scares would-be investors and slows down new investments until after the elections.

Thus, whether the campaign flows will be necessary stimuli to kick start the economy post Covid-19 boils down to the proportion of campaign spending in relation to the GDP. If these amounts totalled to Sh100 billion, that would translate to about 0.9 per cent of the GDP estimated at Sh10.753 trillion. Even if we doubled this amount, it would still be less than two per cent of the GDP. Thus, it is insignificant to cause the necessary impact to the economy.

The final element is on the ongoing welfare programmes. While they are good and injecting cash into circulation in rural parts of the country and the urban poor, the cumulative total is not huge enough to impact drivers of growth. Cumulatively, these programmes receive less than Sh50 billion a year. This week, the National Treasury has reported that the small business relief stimulus has received about Sh650 million of the allocated Sh3 billion in this fiscal year. In sum total, this would translate again to barely 0.5 per cent of the GDP.

However, the greatest challenge to the ongoing welfare programmes is pilferage and misappropriation. It is counterproductive if the said cash transfers find their way back to the powerful and highly connected individuals only to stash them in mattresses. But looking forward, a tangible, large enough market-based interventions would be necessary to complement the cash transfers in order to revitalise the economy.

Options available could be targeted tax breaks for small businesses, subsidised lines of credit to Small and Medium Enterprises channelled through established commercial banks similar to 2003, and relaxing the tax burden on the middle class consumers. In the medium term, real incentives to local and foreign investors will be necessary to accelerate recovery. This could be tied to conditions for employment creation, value addition to local materials and transfer of knowledge for foreign based technologies. But either way, the road ahead will be tough.

The vetting team will look into the wealth of all employees and their families even as State halts hiring of new staff.

Justice Pauline Nyamweya has ordered the State to include Gitson Energy’s wind energy project in the Commission’s list of approved projects.

By Brian Okoth | 28 minutes ago 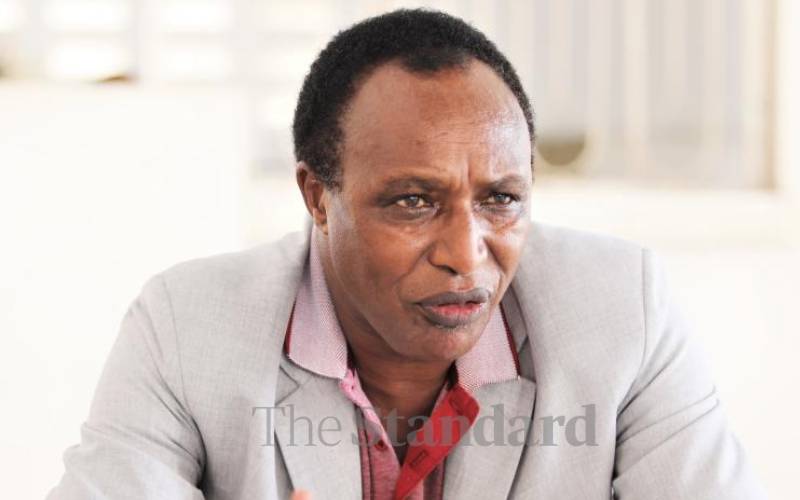 By Roselyne Obala | 8 hours ago