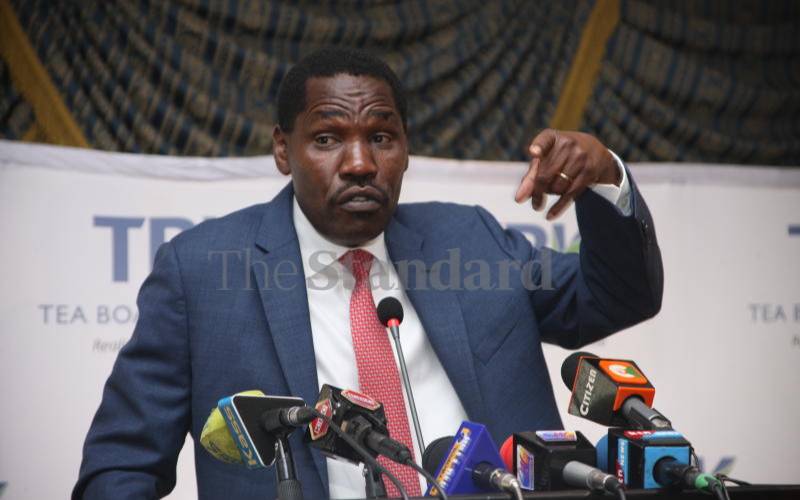 Chairman Kennedy Indusa told the CS the money was secured as loans to boost the factory's operations, but could not be accounted for.

The factory is riddled with claims of malpractices, with former regional officials of the agency being accused of inappropriate use of loan funds.

“I am directing the County Commissioner to ensure the investigation agencies get to the bottom of the matter and have all those behind the misuse of funds put to task,” said Munya.

The former officials are said to have secured a loan of Sh103 million in 2018 and Sh276 million in 2019 to acquire modern machines and install an automated power line.

Munya said the faulty machines had lowered the quality of tea processed at the factory, yet the management had failed to procure modern machines.

He said tea farmers affiliated to the factory were not enjoying the benefits from their venture due to low quality and high production costs.

"The debt owed to a lending firm has contributed to poor operations of the factory and negatively impacted on the prices of its tea, owing to its low quality that resulted from machines that are faulty," said Munya.

Indusa said the loans had troubled operations of the factory, with farmers being frustrated to repay it.

"Farmers are not enjoying the benefits from the sale of tea processed here, like bonuses, because a huge amount goes to repaying the loans," said Indusa.

At the same time, Cherang’any MP Joshua Kuttuny said those behind misuse of the funds must be held accountable for the mess that had seen farmers experience losses despite having spent a lot in production costs.

“The perpetrators are walking free, yet their actions have undermined services of the factory whose productivity has been compromised as a result of the poor decisions that were made initially,” said the MP.

Further, Deputy Governor Stanley Tarus said boosting tea farming was critical to the county’s diversification policy that had seen residents deviate from over-reliance on maize farming, which is not so profitable.

Some operators in Britain have had to ration supplies and others to close gas stations.

By Paul Kariuki | 12 hours ago

Time for a job change? Here are some signs
Feedback