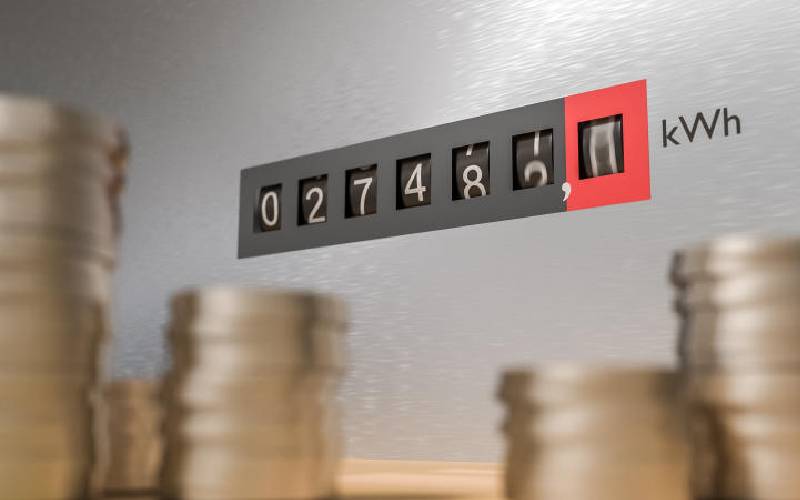 The cost of electricity is set to go up following increased use of thermal power and a weakening shilling, adding to the fuel prices that hit a historic high this week.

The Energy and Petroleum Regulatory Authority (Epra) yesterday pushed up the fuel cost charge (FCC) component of power bills to Sh3.88 per kilowatt hour (kWh) for electricity consumed this month.

This is compared to Sh3.77 per unit charged in August. The FCC has risen sharply from Sh2.92 per unit in May this year.

A pass-through cost, the fuel cost adjustment compensates thermal power producers for the acquisition of heavy fuel oil that they use to generate electricity.

“Notice is given that all prices of electrical energy specified in Part II of the (Schedule of Tariffs 2018)… will be liable to a fuel cost charge of plus 388 cents per kWh for all meter readings to be taken in September 2021,” said Epra in a notice yesterday.

Kenya has in the course of this year increasingly relied on thermal power to bridge a shortfall in hydro power production owing to reduced rainfall as well as growing demand for electricity as major consumers start recovering after a slowdown last year due to Covid-19.

According to data from Kenya National Bureau of Statistics (KNBS), the amount of thermal power consumed over the first half of this year increased to 503 million kWh, a 58 per cent growth from 317 million units used over a similar period in 2020.

Also up this month, albeit marginally, is the foreign exchange adjustment, which increased to 76 cents per kWh from 69 cents in August. It is still relatively lower than the Sh1.16 per unit in July.

The high forex charge in the power bill follows a weak shilling which has recently weakened against major world currencies such as the US dollar.

The local currency traded at 110 against the dollar last week compared to Sh107.82 on average in June.

The two variables are up for review every month. Also reviewed monthly is the Water Resource Management Authority (Warma) Levy while the inflation adjustment is reviewed every six months.

The high power charges are in addition to fuel costs that hit an all-time high this month. In the new prices announced Tuesday, super petrol will retail at Sh134.72 per litre in Nairobi, a six per cent increase from Sh127.14 per litre.

Diesel will retail at Sh115.6 over the next one month, also a sharp increase from Sh107.66. Kerosene, largely a poor man’s fuel for lighting and cooking, has also gone up substantially by Sh12.97 per litre to Sh110.82.

No space? You can grow dhania in your balcony

Coriander, popularly known as dhania, is a spice used in stews and kachumbari. It is loved for its unique aroma and flavour.

Your money mindset drives the decisions you make about saving, spending and handling cash. Chasing money as an end leads to accumulation of pains.