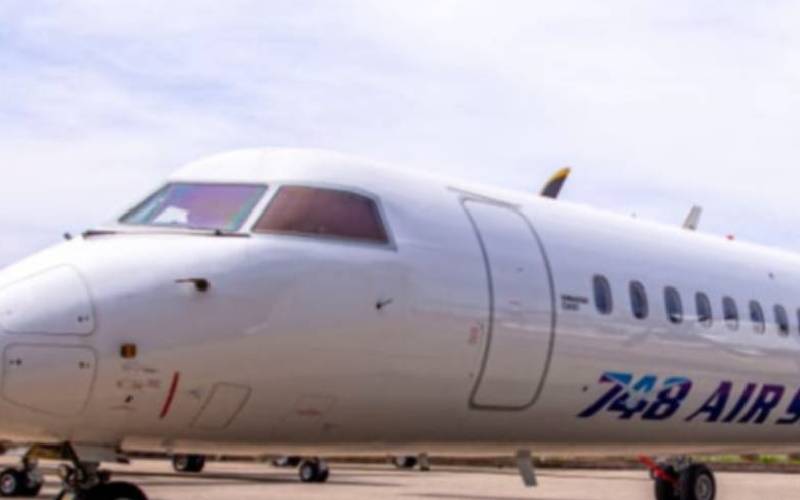 A court has ordered the removal of 748 Air Services from a property in the Jomo Kenyatta International Airport (JKIA) until a dispute between it and national carrier Kenya Airways (KQ) is heard and determined.

KQ applied for the orders, saying they were the registered owners of the property and 748 Air Services had occupied the subject property as “an intruder and trespasser.”

The airline, KQ told the court, had refused to vacate the property despite countless demands.

“There is no justification, contractual or otherwise to anchor the defendant’s continued occupation to vacate the property,” said KQ, annexing a copy of the title deed in its affidavit.

The orders restrain the defendant” from further trespassing, occupying, using, entering upon or otherwise howsoever interfering with the plaintiff’s quiet enjoyment, use and or occupation of the suit property pending hearing and determination of the suit,” said the court order dated July 16.

The national carrier bought it at a public auction in July 2014 after the PTA Bank (now Trade Development Bank) exercised its power of sale at a price of Sh150 million.

It was consequently transferred to KQ in December the same year and the registration completed in December 2016, shows the document.

KQ said it has issued eviction notices to the tenant, who then leased the property to another party without notice and consent.

When I hear job seekers complaining about sending several applications and not getting feedback, I know exactly what the problem is.

The huge cost of Covid-19 prevention and treatment is now clear after the value of imported chemicals hit a record Sh36.2 billion in March.