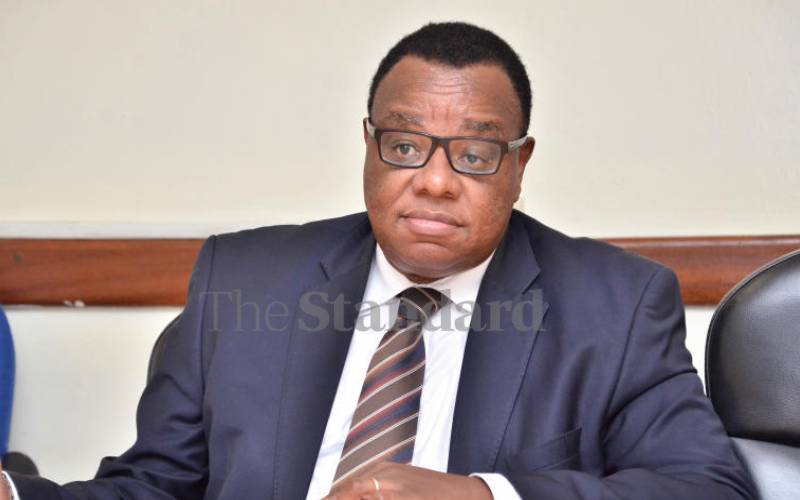 He takes over from Eng Rashid Salim who has been the acting MD since March 28 last year.

The post fell vacant following the resignation of Dr Daniel Manduku in 2020.

The notice from the board of directors urged staff to support Mwangemi in his new role.

And the acting Managing Director Rashid Salim is also expected to proceed on three-month terminal leave on July 1 ahead of his retirement in September.

Ports authority chairman General (Rtd) Joseph Kibwana on June 15 said his term in running the Port of Mombasa and other harbours in the country expired on June 5.

On March 3, Treasury Cabinet Secretary Ukur Yatani rejected the names of three candidates from the board.

Yatani said the nominees selected by the board failed to score at least 70 per cent in the interview, according to President Uhuru Kenyatta's Executive Order No 7 of 2015.

Meanwhile, Dock Workers Union Secretary General Simon Sang on June 15 warned that the absence of a chairman and CEO might create a crisis, which could stall some operations.

“Since KPA is now making critical decisions, particularly the merger of KPA, Kenya Pipeline Corporation and the Kenya Railway Corporation following the President’s Executive Order 5 2020, it is important for the authority to have a chairman to ratify such decisions.”

Also critical, the union noted, is the proposed merger with the Kenya Ferry Services.

“This is a time KPA should not be without the chairman as they have to approve decisions made by KPA top decision-making executive committee,” said Sang.

[This story is being updated]

The judge further directed that the matter be heard in private, citing a need to “protect the integrity of interested parties from public ridicule

Auditor General says National Treasury has not made serious attempts in recovering the money despite the debts having been outstanding for long.

By Antony Gitonga | 25 minutes ago

By Josphat Thiong’o | 21 hours ago