Anxiety has engulfed Kenya Ports Authority (KPA) as the process of picking the next managing director enters the final stage.

With Treasury Cabinet Secretary Ukur Yatani having already received names of three successful applicants, port employees and stakeholders are waiting with bated breath to see if the matter will finally reach its logical conclusion this time round.

There are fears that the process could stall once again if the CS decides to reject the list for a second time, with sources intimating that it could be a possibility. But other Treasury operatives and KPA insiders said Yatani is likely to go for one of the three proposed names since the process has taken longer than expected.

But the question in most people’s minds is whether the CS will send the board back to the drawing board or will pick the occupier of the influential position in the strategic state corporation.

According to those in the know, intrigues have marred the recruitment process and the appointment could be delayed “as various stakeholders are being consulted.”

“It is not a straightforward process as many people think. It involves several interested parties, including government agencies, and concurrence, in some degree, with some political players. I will not be surprised if the process is delayed further,” said a source familiar with the process.

Yatani rejected an earlier list of nominees the KPA board had vetted after they performed dismally during interviews. KPA board chairman General (Rtd) Joseph Kibwana said the names of the candidates, who scored over 70 per cent in the interviews, were sent to Yatani on Friday. The best candidate in the initial list scored 68 per cent.

“We completed our work within 45 days as we had been ordered by the CS. We have forwarded the names of the qualified applicants to the CS,” Kibwana said but he did not reveal their names. 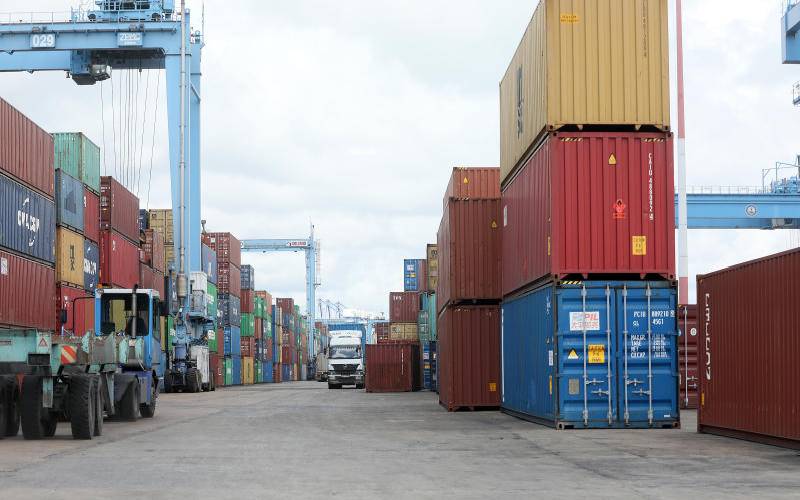 According to Executive Order No 7 of 2015 by President Uhuru Kenyatta, CEOs of state corporations must score 70 per cent and above during interviews. On March 3, Yatani rejected names of three candidates the board had sent to him as they had all scored below 70 per cent.

“I have reviewed the list of names and ranking of the candidates proposed for appointment as managing director, Kenya Ports Authority, and noted that all the candidates scored below the desired threshold of 70 per cent in the interviews,” stated Yatani’s letter dated March 3.

The post fell vacant following the resignation of Daniel Manduku in March 2020. Mr Salim Rashid, who is the Acting Managing Director, is expected to retire in September this year.

Among the things the incoming MD will be expected to address are reports of a bloated workforce at the Port of Mombasa. KPA froze employment in March 2010. However, there have been reports that the agency went back on that decision and has continued to hire staff despite concerns over its wage bill. In 2015, KPA set aside Sh300 million to retrench some staff but the exercise was shelved.

The new managing director will also be faced with the problem of overtime payment and bonuses that have been blamed for low morale among the workers at the port. Dock Workers Union Secretary General Simon Sang’ said they will soon start talks on overtime payment with the management, saying failure to pay workers for the extra time they put in has affected their morale.

The 4,400 union members have, since last year, been restricted to 30 per cent of their salaries as maximum overtime they can be paid in a month.

Sang and his rivals in the May 20 union elections have promised members they will tackle the issue and ensure port workers are compensated for all the extra hours worked.

“It will be addressed in Phase Two in May. So far, we have dealt with basic salary only. This is only five per cent of CBA. We have other issues including medical cover,” said Sang in a recent interview.

KPA first advertised the post on April 7, 2020. It directed the applicants to submit their papers by April 24 but a Mombasa-based human rights activist moved to court and stopped the process.

May 8, 2020, Commission for Human Right and Justice (CHRJ) Executive Director Julius Ogogoh filed the case at the High Court in Mombasa and obtained orders stopping the interviews.

Mr Ogogoh wanted the court to order KPA board to conduct the interview publicly and to ensure the exercise is transparent and fair. He also wanted the public to be involved.

He argued that in the past the exercise was shrouded in secrecy sparking questions of fairness and transparency in the recruitment of the MD.

But Justice Erick Ogola dismissed the application and allowed the board to proceed to interview the candidates.

A big chunk of this money will be used to refinance maturing loans.

By Anthony Gitonga | 52 minutes ago

By Dominic Omondi | 52 minutes ago

By Jennifer Anyango | 52 minutes ago

By Mugo Kibati | 8 hours ago