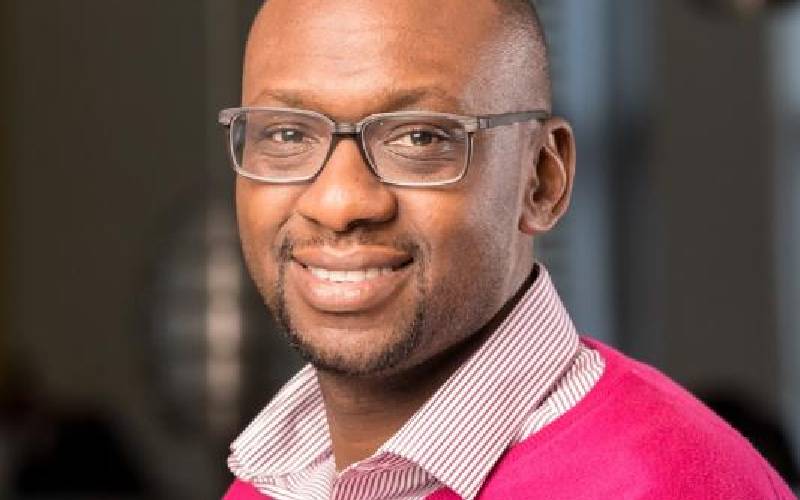 Ken Njoroge (pictured) is calling it a day as chief executive of Cellulant, a company he co-founded nearly two decades ago.

The firm initially sold ringtones to mobile phone subscribers, but has grown to become a major digital payments processing firms in Africa.

Mr Njoroge said in a statement he will leave the firm by the end of this year, handing over to a new chief executive mid this year, while only remaining in office to support the transition.

“After 18 years of running Cellulant, I have decided that 2021 will be my last year as the CEO,” he said.

“The next 12 months will be a season of learning like any other. I will transition from my role as the CEO by the end of June, and spend the rest of the year supporting all the teams and the new leader in the transition. I will remain a shareholder and director on the board.”

Cellulant – co-founded by Njoroge and Bolaji Akinboro of Nigeria – became locally known for selling ringtones to users of basic mobile phones. This however proved unsustainable as advanced phones came to the market - enabling users to store music and other sounds that they could use as ringtones.

It would transit to content provision and later, to mobile banking. The firm has innovated over the years to become one of the largest payments and funds transfer fin-tech in Africa.

The company says its digital payments ecosystem connects about 100 banks, which have operations in 13 countries servicing 34 countries.

In 2018, the firm raised $47.5 million (Sh5.23 billion) from TPG Growth’s The Rise Fund to scale digital payments across Africa.

Njoroge likened the 18-year stint of starting and growing Cellulant to that of nurturing a cub to a lion and riding it - a dangerous affair itself.

“The journey of being an entrepreneur is often compared to a man riding a lion. People look at you in awe of your bravery and laud your accomplishments yet while atop the lion, you're constantly thinking of how to keep riding or jump off without the lion devouring you whole,” he said in the statement where he also refers to himself as a ‘rider of lions’.

“The opportunity to jump off the lion at the right time and in the right way is one of the most crucial tasks of a founder and it is the test of a journey ran well. Such a time has come for me.”

Njoroge said he will be working with innovative entrepreneurs, hand-holding them in setting up businesses that are geared at solving challenges that African economies face.

“The next part of my journey is to nurture, build and grow a thousand more lion riders who can run faster, better and with fewer mistakes than I did,” he said.

The three-year window aims at aiding defaulters to clear their outstanding tax dues and enhancing compliance through disclosure of unpaid taxes.

By Pauline Muindi | 16 hours ago