Safaricom at 20: What the future holds for Kenya's Largest Telco

It was a rainy Monday evening on October 23, 2000 and all roads led to the Carnivore grounds, Nairobi.

That evening, Kenya’s second mobile telecommunications firm Safaricom was officially launching its services under the tagline, The Better Option.

KenCell, the first private mobile service provider to get operational licence following the passing of the Kenya Information and Communications Act 1998 had already started rolling out services, and Safaricom was playing catch up.

That night, Safaricom introduced its services with four offerings that reshaped the telecommunications landscape in the region, and paved the way for the most profitable company in East and Central Africa in years to come.

First, the telco announced that a Safaricom line would retail at Sh2,500. Secondly a toll free ‘100’ number was now open for subscribers seeking customer care services and users could buy airtime scratch cards from Sh100, the lowest denomination then.

Subscribers on the new network would also be billed per second instead of per minute. These offerings served as a game changer for the telco as well as the sector. It enabled many working-class consumers to obtain mobile phones and afford airtime to use their phones.

In two years, Safaricom doubled the number of subscribers and by October 2004, it had hit two million subscribers. It also counted Sh5 billion in profits, earning it the first of many best company accolades at the annual Company of the Year Award.

“All the decisions we made in the early days were made on gut feeling and instinct,” Safaricom former Chief Executive Michael Joseph told employees and shareholders at the company’s 19th anniversary celebrations last year. “Fortunately, we made more right decisions than wrong ones.”

Twenty years later, those decisions have propelled Safaricom to a corporate behemoth valued at Sh1.2 trillion and still growing.

Through Fuliza, the overdraft facility launched in January 2019, loans valued at Sh245 billion have been disbursed to 20 million subscribers in one year. This is almost a third of the Sh640 billion loan book held by the country’s largest commercial bank by assets KCB Group.

More than 188,350 farmers use the platform’s learning content and as at August 2020, Sh348 million worth of inputs have been redeemed.

Safaricom CEO Peter Ndegwa acknowledges the gravitas the telco holds in the country’s economy. “This year in particular, more than ever, we’ve had to show Safaricom’s strength as a digital and technology service provider because we’ve become a lifeline for many Kenyans during this pandemic,” said Ndegwa earlier this month, during the launch of the company’s 2020 Sustainability Business Report.

While the past 20 years have been a rollercoaster ride for the giant telco, the coming years indicate a gruelling journey as Safaricom enhances it’s service offerings such as Fuliza, KCB-M-Pesa, Digifarm and Masoko using data analytics.

According to Mercy Mutemi, an advocate who specialises on digital law and intellectual property rights based in Nairobi, Safaricom’s size and reach in several industries presents a significant challenge to effective competition.

“The tying of mobile money transfer to mobile telephony with limited usability across mobile networks has been instrumental in discouraging competition in the industry,” explained Ms Mutemi.

Currently, the Central Bank of Kenya (CBK) is in the final stages of developing amendments to its founding statute that will give the financial sector regulator the mandate to place fintechs under its watch.

If approved, the amendments will allow the CBK to regulate and supervise the conduct of digital financial providers, their products and services.

Already, industry stakeholders point to the inability of regulators to police the telcos blurred lines between mobile money and banking.

In its submissions to the Bill, the Lawyers Hub, a lobby that advocates digital rights and freedoms, calls for new approach to regulating the sector.

Among the proposals in its submissions to the Bill is creation of a hybrid regulator that will be drawn from the CBK, Communication Authority, Kenya Bankers Association, KBA, Digital Lenders Association and Office of the Data Commissioner.

“Debate is rife on whether mobile money lenders should be subjected to similar regulation as banks,” noted Ms Mutemi.

“The distinction between banks and the former has always been that the latter are deposit-taking entities. Similar arguments can be made about a telco venturing into mobile money.”

Mutemi says this should be approached with caution and extend to the entire financial sector to prevent selective regulation targeted at one entity or sub-sector.

The competitive landscape is also evolving in tandem with the digital revolution unfolding, fuelled by Covid-19.

At more than 9,000km, Safaricom enjoys the most extensive fibre optic cable network in Kenya. But in the last one year, three service providers have announced the launch of huge sub-marine cable projects that could open up consumers to a wider variety of fixed data products.

This includes the 12,000km Pakistan and East Africa Connecting Europe cable network connecting Kenya to Pakistan, Djibouti and Europe through an entry point in Nyali Mombasa.

And in August this year, the IPS Cable systems bid to fully acquire 100 per cent stake in SEACOM Capital Ltd, the firm that runs the 15,000km undersea cable.

This came just a few weeks after Alphabet and Telkom Kenya launched Loon internet. Social networking giant Facebook is also working on a 37,000km project that will connect Kenya and other 16 countries in Africa.

These heavy investments present an existential threat to local telecommunication service providers, more so Safaricom. As more users switch to smartphones, apps will become the touchpoint for accessing digital services - from fintech apps to video streaming.

In future, a subscriber’s carrier will be inconsequential, as long as one can use apps to make calls, send money and make payments and shop online.

Also, a market where Facebook controls the undersea cable, WhatsApp and the Libra currency presents an existential challenge to local telcos, one that even regulators could be powerless to redeem.

The fair was postponed in May 2020 due to the outbreak of Covid-19.

By Graham Kajilwa | 43 minutes ago 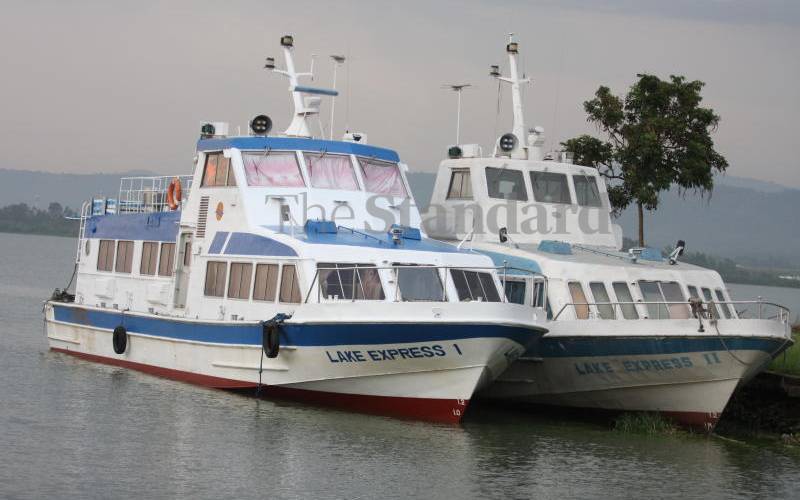