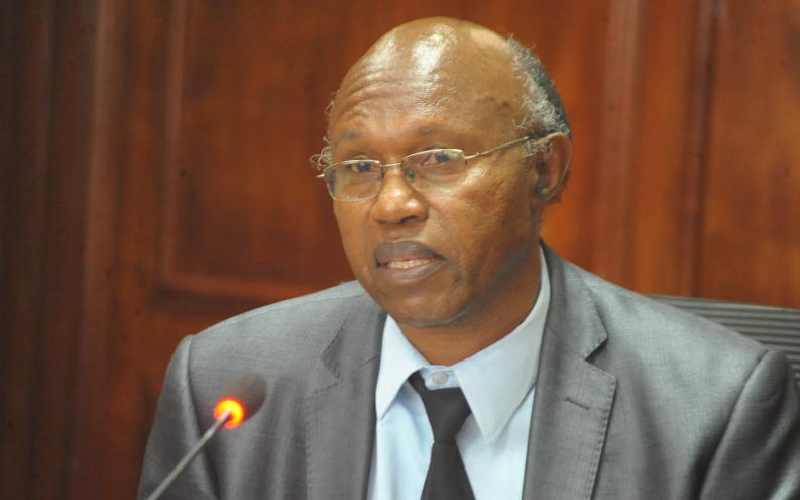 High Court Judge John Mativo ordered the PS to comply with the April 8 ruling in which the accounting officer was directed to pay Mike Maina Kamau Sh859.5 million as compensation for the demolition of his palatial home in Spring Valley Estate in Nairobi, 10 years ago.

The government had insisted that the house sat on a road reserve and that Mr Maina had fraudulently acquired the land. The reclusive tycoon, however, insisted he was bona fide owner of the land.

In his April judgment, Justice Mativo directed the PS Maringa to process the payment within 90 days from the date of the ruling. However, by August 18, when the parties went to back to court, the government had not paid.

Instead, said lawyers for Maina, the Attorney General said despite the money having been released and budgeted for, they wanted to negotiate with the plaintiff to accept a lower payment.

Despite the government arguing it would not pay the money as it had appealed the ruling and was confident of succeeding in the higher court, Judge Mativo found Prof Maringa in contempt of the court order.

“The PS, Ministry of Transport, Infrastructure, Housing and Urban Development is directed to comply with the court judgment/orders issued on April 8, 2020, within 90 days from the date of this order,” said the Judge on August 18.

Failure to pay the money, Mativo added, a notice will be directed against the PS, requiring him to show “cause why he should not be committed to civil jail for a period not exceeding six months or for such other period this court may deem just and expedient.”

Besides the PS, the plaintiff also wanted Attorney General Kihara Kariuki, sanctioned for disobeying the court.

“Accordingly, leave be granted for committal to civil jail for a period of six months the Attorney General and the PS, Ministry of Transport, Infrastructure, Housing and Urban Development and that they be additionally required to pay a fine of such amount as may be ordered by this honourable court for the said contempt,” said Maina’s lawyers.

They also wanted their properties attached until the contempt charges against them were lifted. Mr Maina moved to court on July 12, 2010, seeking the court to stop demolition of his lavish home in Spring Valley Estate, Nairobi. The government had marked the mansion for demolition, saying it stood on a road reserve. The reclusive tycoon had constructed an eight bedroom bungalow with ancillary facilities such as gym, sauna, swimming pool and barbeque area.

It was claimed the house was situated on a road reserve designated for the expansion of the road - the Northern Bypass.

Subsequently, in December 2017, Mr Maina was awarded Sh711 million. He recently sought court action for speedy payment, including of interest for the delayed settlement. “He (Oduol) submitted that the money is lying idle and there is a high chance the money shall be returned to Treasury,” said Justice Mativo.