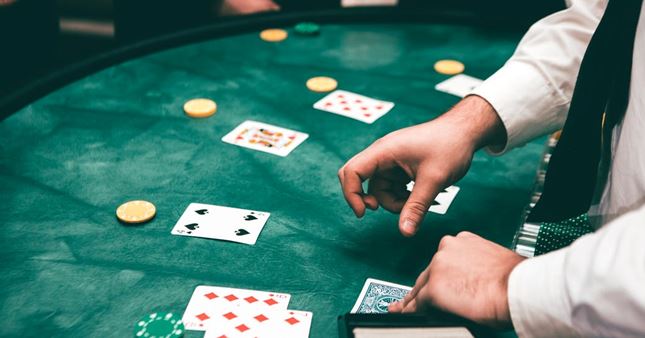 Apart from the success of the Kenyan economy, the gambling industry is quickly becoming an integral part of the country’s financial wealth. Statistics show that the industry is set to reach a turnover of $50 million by the end of the year.

According to a 2017 PWC report, Kenya is amongst the top three gambling markets in Africa, with the Kenyan gambling industry rapidly becoming a multi-million dollar business. There are a number of gambling sub-sectors across the country, including lotteries, sports betting and prize competitions, in which there are currently 30 licenced betting firms and casinos across the country.

Some of the country’s most popular venues include the Casino Flamingo, the Mayfair Casino, and the Captain’s Club in Nairobi, the Golden Key Casino, and the Senator Casino in Mombasa. Out of these casinos, blackjack, poker and roulette are amongst the most popular table games, with 200 gaming tables throughout the country. In addition, slot games are also highly popular with there being more than 1300 slot machines available in land-based venues alone.

One of the most prevalent trends for gambling within the country is sports betting, with around 30 sportsbooks licenced to operate in the country. The estimated combined revenue of this sub-sector of gambling is thought to be around $2 million, in which the first sportsbook to enter the market was SportPesa, who received their license in 2013. Whilst the first gambling licenses were established in Kenya in 1966, when the Betting Lotteries and Gambling Act outlined regulations and established the Betting Control and Licensing Board, the industry has only really begun to take off on a scale that is relatable to the rest of the world through the use of mobile technology.

With the rapid advancement of mobile technology in Kenya over recent years, almost 100 per cent of the population now have access to a mobile. This has been a catapult for the gambling industry as smartphones have been a key enabler, allowing for some of these people to start gambling frequently.

Statistics show that 64 per cent of mobile gamblers own a smartphone, compared to 40 per cent who own a standard phone. Of those who do gamble using their mobile phone, it has been found that 55 per cent of these people gamble more than once a week, showing a growing affinity for the industry.

But, who exactly are the people gambling in Kenya?  According to GeoPoll statistics, 70 per cent of gamblers are male. This statistic can most likely be linked to the population’s affinity for sports, with many Kenyans being fans of football, and in particular, European Leagues like La Liga and the Premier League. It is thought that the industries association with football has helped gambling to become a more respected recreational activity within the country.

In addition, a study by GeoPoll has found that of those that gamble in Kenya, 47 per cent are light gamblers who place bets once a month or less and only 10 per cent of gamblers place bets more than once a day. The most popular age group to gamble in Kenya is between 25 and 34. Statistics also show that those aged 35 and above are least likely to participate in gambling, with the most popular reason being that they feel a responsibility not to spend their money on gambling.

Whilst the Kenyan gambling industry has made strides since the first land-based casinos were developed in the late 1960s, there is still a long way to go before the industry achieves the successes of the UK and other European countries.

One of the reasons that the UK gambling industry has been so successful is through the quickly developing online gambling market. There are a huge variety of providers and lots of choices for players. UK online casinos do face a lot of competition, which is fuelling the industry to become more innovative. 777 Casino stands out from the crowd, thanks to its unique Las Vegas style branding and variety of games UK online casino.

While those that gamble in the UK are often from a middle-income background, the majority of those that gamble in Kenya are from a low socio-economic background, meaning that most operators must rely on large volumes and high frequencies of low-value bets. When compared with the UK, this is perhaps one of the most significant differences between the two industries.

By Susan Mucheke | 9 hours ago