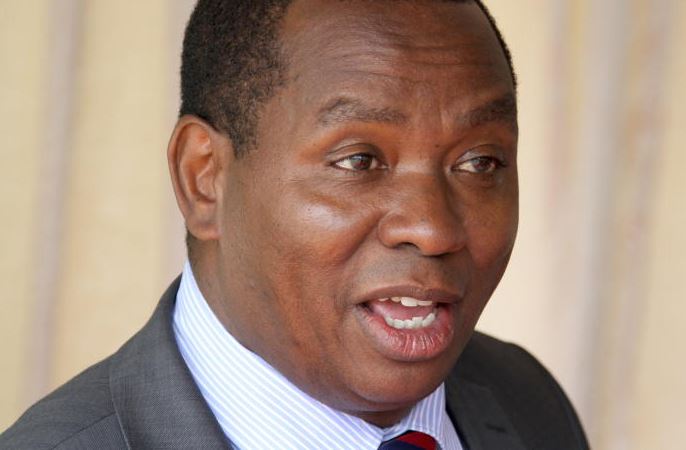 County governments have warned that public services risk grinding to a halt after the National Treasury failed to disburse funds for June.

Apart from failing to pay salaries, the governors we spoke to said that without the money, the counties are staring at a major health crisis because they are ill-prepared to curb spread of the coronavirus disease.

Senators have failed to agree on a new revenue sharing formula proposed by the Commission on Revenue Allocation on the allocation of Sh316.5 billion.

This has meant that they cannot debate the County Allocation of Revenue Bill 2020, which gives Treasury the legal framework to dispatch money to counties in the 2020/21 financial year.

The money that’s owed to counties, however, was allocated under the 2019/2020 budget.

The National Treasury is also holding on to Sh4.6 billion that is supposed to be given to counties under the Kenya Devolution Support Programme, a World Bank project.

The counties’ own sources of revenue hit rock bottom during the last financial quarter as government measures to control the Covid-19 pandemic, including a night curfew and restricted movement in five counties, ended up crippling business.

Some governors are now crying foul amid claims the standoff in the Senate is a ploy to deny them much-needed cash, which could turn residents against them.

“I read deep intrigue and sabotage against devolution. The fight in the Senate appears to be contrived. If some counties are going to be worse off because of the new formula, why not solve it through the Equalisation Fund,” said Laikipia Governor Ndiritu Muriithi (pictured).

He continued: “I think devolution is under serious attack. With cash flow stopped and Covid-19 cases spiking, we are staring at a major crisis. Treasury is also flouting the law with impunity by refusing to comply with the division of revenue and withholding disbursements for the 2019/20 financial year.”

Governors said they had been put in a precarious position because they were required to invest heavily in health infrastructure to handle rising cases of Covid-19.

The Council of Governors will reportedly deliberate on the funding crisis next week.

MrYatani cited a shortfall in revenue collection owing to the impact of Covid-19 on the economy.

The Kenya Revenue Authority missed its tax collection target by Sh350 billion in the 2019/20 financial year, netting Sh1.43 trillion against an initial target of Sh1.8 trillion.

Revenue collection in the fourth quarter dipped after measures such as tax breaks put in place to cushion citizens from the worst effects of the pandemic ended up hurting the taxman’s bottom line.

Yatani also told The Standard that the Sh4.6 billion devolution support fund had been factored into the budget and was being disbursed to counties, adding that the money comes with strings attached.

Governors said one key condition was that the money should be used to strengthen counties’ abilities to deal with Covid-19 and deliver what the World Bank terms as a ‘devolution dividend’.

Counties are facing a serious shortage of essential consumables in the intensive care and high dependency units. It is estimated that one day in the ICU costs patients between Sh50,000 to Sh100,000 depending on the number of attending specialists.

According to the Ministry of Devolution, both the World Bank and the National Government were to contribute a total of Sh30 billion ($287.3 million) to the programme over a four-year period between 2016 and 2020.

The World Bank contributed Sh21 billion ($200 million) while the National Government would give Sh9.2 billion ($87.3 million).

Kilifi Governor Amason Kingi confirmed that no funds had been disbursed in June.

“We understand that the ministry is having issues raising revenue. No county has received their June disbursement. This will expose counties to financial problems as it might affect payment of salaries,” said Kingi.

He added: “Whichever the case, the government must release the funds. It’s an outstanding Exchequer release in the last budget.”

Kingi said his administration had received Sh300 million last month from the devolution support fund to be used for Covid-19 mitigation.

Tharaka Nithi Governor Muthomi Njuki said his county was yet to receive the June allocation, noting that failure to pay this month’s salaries could result in operations being paralysed.

“We might not be able to meet the monthly administrative obligations,” he said.

The governor also said the county’s allocation from the devolution support fund had been slashed from Sh55 million to Sh30 million.

“The county got another Sh31 million to pay health workers’ allowances. This was followed by a circular from the Salaries and Remuneration Commission (SRC) that all health workers should be paid,” said Roba.

The SRC advisory on Covid-19 allowances has been seen as putting a strain on counties’ cash reserves.

But Roba said not all health workers are handling patients with the disease.

CS: Matiang'i: County Governments have been asked to put aside isolation centres

His explanation on how he got the huge amount of cash did not add up.

By Enterprise Reporter | 4 hours ago

By Brian George | 4 hours ago

By Vivianne Wandera | 4 hours ago