Only God can save us, says Tuskys CEO 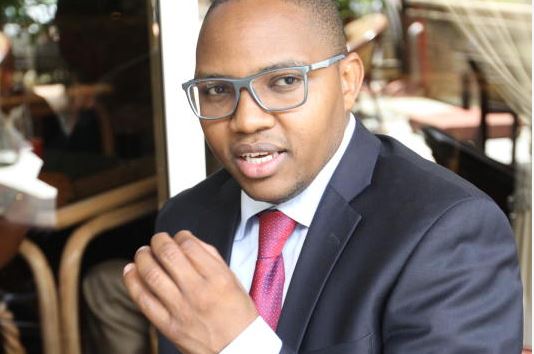 After a month-long hibernation, Tuskys Chief Executive Dan Githua (pictured) has emerged with a spiritual proclamation.

“The Lord will not allow Tuskys to die! Amen!” he posted on Twitter.

Mr Githua’s absence from the social media platform, where he is usually very active, has been conspicuous as the retailer’s woes accelerate.

Tuskys recorded a 35 per cent drop in sales for April and May, court papers show. This is amid a monthly Sh200 million wage bill that it is unable to sustain any longer.

Githua’s biggest headache at the moment is that the retailer is staring at paying unionised workers their withheld salaries should both parties fail to reach a deal in ongoing negotiations.

Over a week ago, the Labour court forced Tuskys into negotiations with staff on planned pay cuts.

This was after workers under the Kenya Union of Food Commercial and Allied Workers (KUFCAW) protested the manner of the trimming effected in April.

Tuskys has also been restrained from effecting any further wage or salary reduction for its unionised employees prior to amicable consultations.

“Not yet, they promised to pay for April before end of this month, non- committal on May and June. We’ll follow up on them during our Monday meeting,” he said.

Githua, who proved difficult to reach for an interview, was in his proclamation replying to a “faithful Tuskys shopper” who had posted a prayer to God that in the event of Tuskys’ “death” He save their white bread.

“Lord, if you allow Tuskys to die, please save their white bread,” the shopper tweeted.

Tuskys, which has over 60 branches across East Africa, has become famed for its bakery and food delis.

Uchumi, a fallen retail giant harking at a comeback, was also famed for its bakery and eatery, especially at the Aga Khan branch. The bakery still remains open in contrast to empty shelves at the expansive store.

Githua is a devoted Twitter user where he goes by “Digital Retailer” or “anko wa Tuskys” and sometimes acts as the supermarket chain’s last line of defence from online critics.

And on the day of his comeback he seemed fired up on the retail chain’s staying power, retweeting another user who said: “Kenyans, let’s not be so negative wishing failure on businesses like Tuskys that employ our fellow countrymen. Tuskys will survive this and continue offering Kenyans and East Africa the best in quality and quantity at friendly costs.”

The court order by Judge Byram Ongaya also highlighted the supermarket’s plight especially in trying to tame its recurrent expenditure.

He blamed the hard economic times and the Covid-19 pandemic that has only worsened matters.

“Dropped sales and projected poor performance has rendered the respondent’s wage bill untenable and unless the respondent takes urgent remedial measures it will find itself staring at an economic crisis right in the face,” said Kimani.

“Sustainability measures are in the best interest of both the respondents and employees. If the measures are not implemented, more branches will close and more workers rendered redundant.”

At least 80 workers from these branches have lost their jobs and the retailer is set to let go of more as it conducts its restricting process.

Tuskys’ present position is ironical seeing that it had once promised to bail out Nakumatt and Ukwala supermarkets. Both later collapsed.

Tuskys had pledged to guarantee as much as Sh3 billion of debt and inject Sh650 million short-term capital into Nakumatt to aid its recovery plans.

This was after entering into an agreement in 2013 seeking to acquire three branches of Ukwala Supermarkets.?

In both cases, Tuskys fell afoul of anti-trust laws. In 2014, the retailer and Ukwala were fined Sh5.3 million for engaging in anti-competitive practices.

Management wrangles have been largely blamed for Tuskys’ woes.

This is, among others, internal fraud, according to insiders, and aggressive debt-fuelled expansion over the past decade.

How African firms are adapting to Covid-19

One hair business has grown so much online that it has outsourced management of its website.