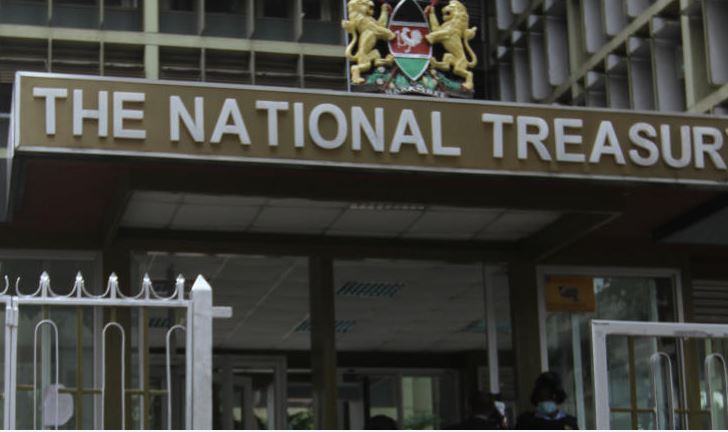 The government has begun to retire workers as it braces for a ‘perfect storm’ of increased spending demands.

An estimated 2,136 retiring public servants in the last one month have applied for their pension dues, adding pressure to the already bloated annual pension bill currently estimated at Sh119 billion, including an allocation for golden handshake package.

Between June 1 and July 3 this year, the Pensions Department in the National Treasury has received names of workers from government ministries and State departments that have put in claims for their pensions and gratuities.

This even as the State grapples with reduced income owing to the Covid-19 pandemic which has devastated economic activities, reducing the flow of taxes into State coffers.

Despite the expected decline in tax revenues, Treasury is expected to religiously pay its retired workers’ pension, and just as debt, is the first-charge expense and it cannot be delayed.

In the 12 months to July next year, National Treasury’s Pension Department is expected to process claims worth Sh119 billion as the Government contends with an increasing number of civil servants that are exiting the public service.

Monthly pension to civil servants including 603 retired teachers is expected to gobble up Sh36 billion in the current financial year.

Pensions, which fall under the Consolidated Fund Services (CFS) together with repayment of public debt, salaries and allowances to constitutional office holders and miscellaneous services, and subscriptions to international organisations are the first vote head to be paid by the government as mandated by law.

In the 2020-21 budget, the government allocated Sh57.2 billion to the ordinary pension vote head, with civil servants taking up Sh36.1 billion of the total amount.

“Ordinary pensions will amount to Sh57.2 billion in 2020-21, having risen by 19 per cent. The expenditure item is the pension to civil servants worth Sh36.1 billion (which will account for 63 per cent of ordinary pensions) followed by the ordinary pension to retired military personnel worth Sh11.8 billion,” said a report by the Parliamentary Budget Office on the 2020-21 estimates.

“A new expenditure item is the allocation of Sh50 million to the “monthly pension for retired deputy presidents and other State officers”.

According to the data at the National Treasury, the Ministry of Education leads the pack in civil servants that are claiming pensions.

The Teachers Service Commission (TSC) had the highest number of workers claiming pension in that period, contributing 604 members which translated to 26 per cent of claimants.

In this year’s budget, 28 per cent of the national budget was allocated to the education sector to cater for TSC’s operational costs.

Universities and vocational and training colleges had 29 members who are claiming pension, pushing the number of staff in the education ministry to 633.

The Health ministry came second with the highest number of retirees in a single month.

Despite the pandemic ravaging the country, 565 members of the ministry have claimed their pensions, hurting a bleeding sector that is understaffed.

In the 2020-21 budget, the Health ministry was allocated Sh186 billion representing nine per cent of the total budget - a distant third in government allocation that did not augur well with health workers as the country is currently tackling a pandemic.

Some 181 personnel retired in the Defence ministry within the 30 days, taking the third highest number of pension claims.

The number is expected to grow in the ministry as more military personnel retire during the year.

Interestingly, 20 per cent of the ordinary pensions for civil servants in the budget will go to military personnel and they will have Sh17.7 billion as gratuities.

Prison and police service combined will see most of their senior civil servants take their final salute from the service.

The service will lose 222 individuals who have filed for pensions.

The Ministry of Interior and Coordination of National Government that is led by Fred Matiang’i has 166 of their office staff having already filed for their retirement pension.

The Agriculture ministry will lose 201 of its senior civil servants in all its departments, giving room for others to be promoted into those positions.

The State Department of Livestock takes the biggest chunk of the staff retiring in the ministry.

It will have 107 vacancies to be filled as the former occupants take a final bow from public service.

The ministries of Water, Lands, ICT and Labour combined have 148 workers who have filed for pensions in the last one month, leaving a gap that cuts across the ministries.

The Foreign Affairs, East Africa Community and Regional Development, Tourism and Wildlife have also been affected.

The National Treasury itself has 48 members of staff who have run their time and are now awaiting their pension.

PrideInn hotels reopen its Westlands branch in wake of coronavirus

EU plans one mobile charging port for all, in setback for Apple
Feedback