Head of procurement defends Waiguru from loss of millions 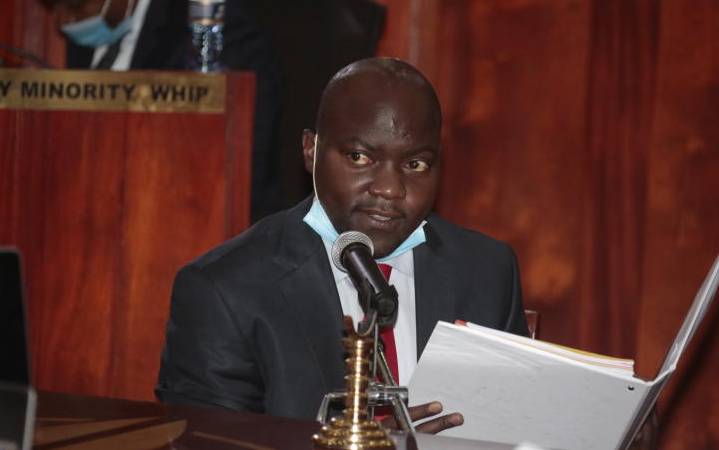 Kirinyaga County Director of Supply Chain Management Joseph Carilus Otieno yesterday defended embattled Governor Anne Waiguru, saying she had no role in the tenders at the heart of her impeachment.

Otieno (pictured above) told the 11-member Senate Committee that the governor has no role in the awarding of tenders for various projects in the county.

He made the submissions when he was being cross-examined by Ndegwa Njiru, a lawyer representing the county assembly, who questioned a Sh50 million award to Velocty Partners Ltd.

The firm was incorporated in 2017 and, therefore, did not qualify for the 2018 contract that required five years of experience, the assembly had charged.

In his response, Otieno denied claims that Waiguru had influence in the hiring of the duo so that she could use them as conduits to award her allies contracts running into millions of shillings.

“It is not correct. The responsibility of forming an evaluation committee belongs to the county accounting officer. It is not true that the two were put in the position by the governor,” Otieno told the committee.

The officer told the team that Kamau only chaired one tender evaluation committee in 2017-18 and the subsequent fiscal year. She was not serving in any committee in 2019-20, he said.

Otieno added: "The documents I have presented portray clearly that we endeavour to ensure that chairmen are appointed after due diligence."

The assembly claims Waiguru awarded the companies Velocity and Velocty tenders illegally. But Otieno said the existence of the names of the two companies in the contractual papers was an error.

“I can confirm that the contractual company is Velocty. The issue of two companies was being pegged on a small typo, one with 'i' and another without, which was in one of the paragraphs in the contract. There aren't two companies as claimed,” he said.

He also fought off claims that the county awarded tenders for the installation and commissioning of an Integrated Management Information system to Velocty Partners for Sh50,691,565 when it was clear it did not qualify.

The MCAs had told the committee that the firm was incorporated in 2017 and was a year old when awarded the contract in 2018, yet it required firms with more than five years of operation and three audited accounts.

The assembly claimed the software the firm was contracted to deliver had been installed by the national government.

Otieno said Velocty clinched the tender as a joint venture with another firm that was incorporated in 2000.

Architects must design a new world brought about by the pandemic, says AAK president.

By Nehemiah Okwembah | 14 hours ago

By Philip Mwakio | 14 hours ago

Why Nakuru is most preferred trade hub
Feedback