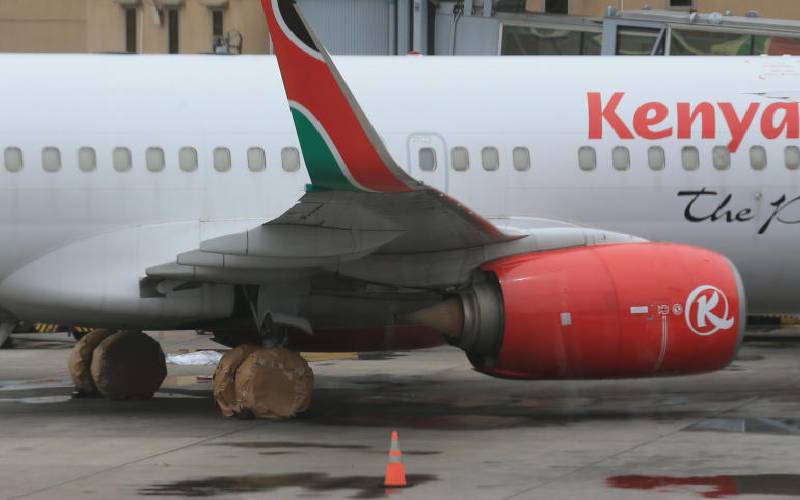 Kenya Airways (KQ) has won a protracted court battle with its pilots over a decision to retire 10 of them in 2015 following reduced business.

The decision saw the Kenya Airline Pilots Association (Kapa) move to court. The association argued that the national carrier had unfairly fired its members and they deserved more compensation.

But KQ denied liability and urged the court to surcharge its pilots for an alleged go-slow. It claimed it lost Sh49 million for a month that pilots declined to fly in protest against the decision.

While agreeing with KQ, Court of Appeal judges Roslyne Nambuye and Asike Makhandia ruled that the affected pilots did not deserve compensation for wrongful dismissal as their employer had opted to retire them in a bid to restructure its business and not as a result of a disciplinary process.

“We have stated that what led to the premature retirement of the aggrieved pilots did not arise from any disciplinary proceedings initiated against them by the respondent but from the respondent’s desire to restructure its business operations arising from alleged lack of profits,” the judges ruled.

“It is not disputed as conceded that they (pilots) were informed of the intention to exit the B777 fleet way back in November 2014; that upon being served with early retirement letters by the respondent, only two went back to renegotiate. The eight did not because they wanted to pursue the redundancy route. They were, therefore, given an opportunity to be heard. We find no merit in this complaint and it is rejected.”