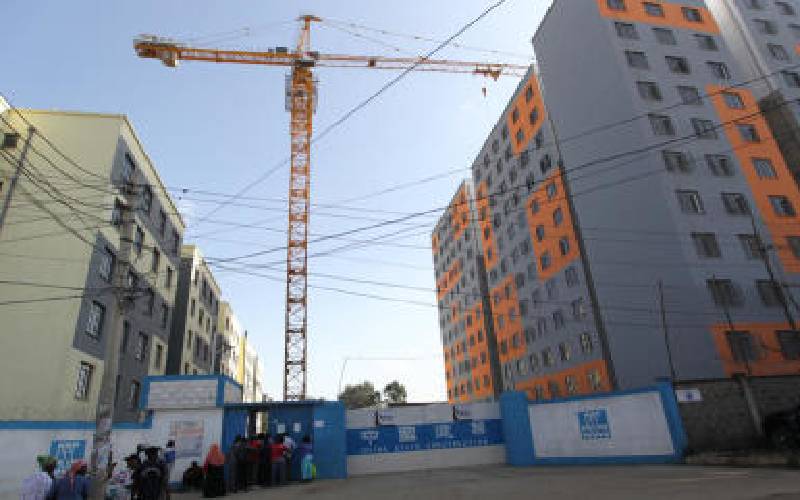 Completion of the Standard Gauge Railway (SGR) in 2018 led to a deceleration in the overall growth of the construction sector, Kenya National Bureau of Statistics (KNBS) data shows.

The government’s investments in road construction and development of housing projects under the affordable housing programme of the Big Four agenda were, however, on hand to compensate for losses observed by the termination of the mega SGR projects.

During the period under review, the total length of roads paved increased by 14.2 per cent to 21,295.1 kilometres as the government sought to open up the country to boost sectors such as tourism and to encourage investment.

The number of completed public residential buildings was 530 with a total of 5,134 housing units still under construction by the National Housing Corporation and the state department of housing.

But with the onset of the coronavirus, the real estate industry might take a blow that will result in a significant reduction in construction material sales.

The construction industry contributed 5.6 per cent to the gross domestic product, slightly higher than the 5.5 per cent contribution experienced in 2018.

Interestingly, the growth in the industry has slowed down with time, with percentage growths of 13.8, 9.9, 8.4, 6.9 and 6.4 experienced in the last five years respectively.