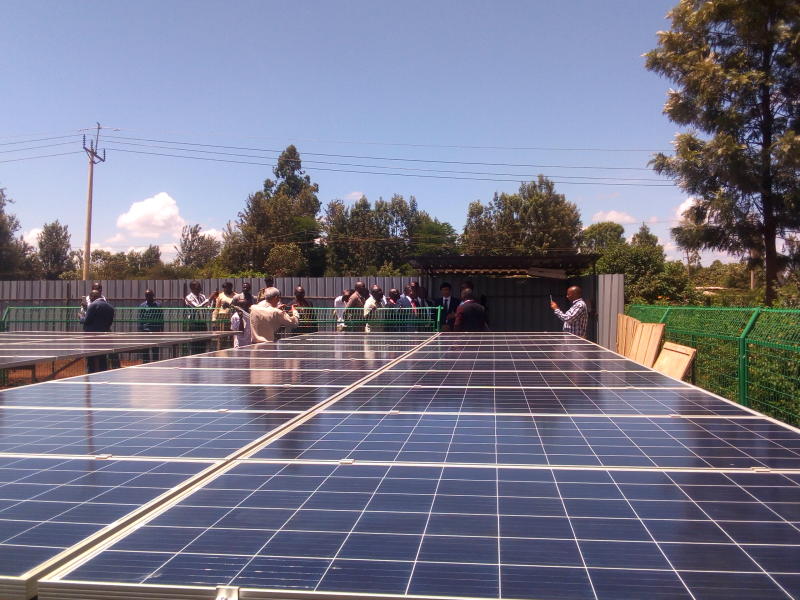 A World Bank-funded initiative is targeting to connect about 1.3 million households to electricity generated from within their localities.

In total, 121 mini-grid sites will be developed under the Kenya Off-Grid Solar Access Project (Kosap), which is run under the Ministry of Energy.

Marginalised areas that often have sparse populations in 14 counties are the target of the electrification programme. Also targeted for connection are 207 secondary schools, 784 health clinics and 106 county offices.

The project will also result in the installation of 380 solar water pumping systems and 150,000 solar powered cook stoves.

“At its optimal level of operation, Kosap will have promoted the elevation of 20 per cent of citizens who were previously underserved, fostering a more inclusive society, a stronger economy and a better democracy,” said a statement from the Ministry of Energy.

“It will be an ingenious project that creatively and realistically powers Kenya as a nation.”

Kenya’s access to electricity stood at 75 per cent as of 2018. However, most of the electrification is concentrated in 28 per cent of the country’s land area, covering 33 counties.

It then means that households in the rest of the counties have been excluded from social and economic life where significant populations of underserved communities live.

Their lack of access to electricity is exacerbated by poor access to roads, water and social services.

Garissa, Isiolo, Kwale, Lamu and Kilifi are among the marginalised counties that are targetted by the programme. Others are Mandera, Marsabit, Narok, Samburu, Taita Taveta, Tana River, Turkana, Wajir and West Pokot.

Collectively, the counties cover 72 per cent of the country’s land mass.

To mitigate the exclusion, the Ministry of Energy, supported by the World Bank’s International Development Agency (IDA), conceived the Kosap to be implemented over the next four years.

Kenya has historically been the leading African market in both mini-grids and stand-alone electrification systems, an advantage that the project leverages.

Kosap therefore accelerates the scaling up of off-grid electrification and energy solutions, rather than deviating from on-grid solutions.

The project design is informed by the principle that it ought to reach diverse beneficiaries with varied needs such as households and public facilities, it maximises private participation to increase impact and reach a larger number of beneficiaries.

It is also flexible with respect to market approaches in the sense that products will range from fully market-delivered approaches to more regulated ones where the government maintains a leading role in service provision.

“Kosap is aligned with various programmes such as the Country Partnership Strategy (CPS) whose overarching goal is sustainable reduction in poverty and an increase in shared prosperity,” said the statement.

Specifically, the CPS highlights three domains of engagement including growth to eradicate poverty, human resource development for shared prosperity and building consistency and equity to deliver a devolution dividend.

“Due to the project’s wide positive social and economic impact, it has broad support notably from the governors of the 14 target counties, Kenya Power which is providing mini-grids, the Rural Electrification Authority which is providing solar powered solutions, and SNV, a Netherlands based company which is our programme’s results based financing partner,” said the Energy ministry.

The project targets the most underserved, with specific beneficiary households, community facilities and enterprises already mapped out.

Tax amendments could lead to collapse of our capital markets