Government to buy food for slum people affected by Covid-19 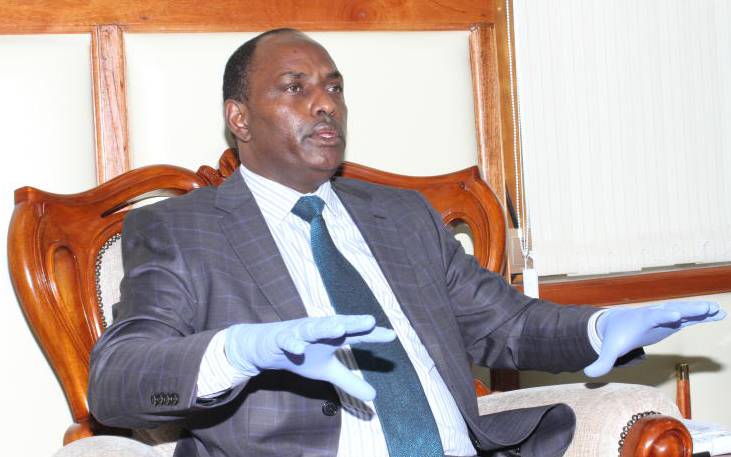 The government will soon start distributing food to people in the slums adversely affected by the coronavirus pandemic that has rendered many of them jobless.

Millions of people in slums around Kenya will benefit from the additional cash transfer of Sh10 billion that President Uhuru Kenyatta directed be given to the elderly and vulnerable population.

National Treasury Cabinet Secretary Ukur Yatani ( pictured) told The Standard that the government is working on how to distribute food to the urban poor, who it is feared will bear the brunt of the pandemic.

He said the Sh10 billion that is being injected for social support will also be used to buy food and register people in slum through the social cash transfer in addition to going to the elderly and persons with disabilities.

“The modality is being worked out. It is not only about people who would have been on a cash transfer basis but also new areas like slums,” said Mr Yatani in a phone interview.

The 2019 population and housing census estimated that 10 million Kenyans live in slums while over 90 per cent of the population in urban areas lives in rented houses - 65 per cent of them in informal settlements.

With the outbreak of the Covid-19 disease, businesses such as hotels, pubs and entertainment joints that employ millions of low-income people on casual basis have shut down.

The government is already in the process of mopping up excess food around the country to replenish its silos in preparation for distribution to those who will have difficulties affording a meal.

“The Ministry of Interior and other agencies including local administration (will) identify beneficiaries,” read a statement from PBO.

A number of financial institutions including the World Bank and International Monetary Fund (IMF) have called on governments in developing countries to prioritise scaling up and facilitating access to existing social programme, possibly through broader targeting.

“Cash transfers should be prioritised when possible. One-off transfers through mobile money could be considered to reach people at scale, particularly in the informal sector, provided that recipients can be identified based on readily available socioeconomic information,” said IMF in its latest regional outlook for Sub-Saharan Africa.

The global lender said if cash transfers cannot be implemented quickly, governments could provide liquidity relief through food subsidies, payment of utility bills, support for managing rent and debt repayment, and continuity of in-kind programmes such as free school meals.

The World Bank emphasised that cash transfers are the most used instrument in the social protection toolkit for the majority of developing countries - including some Sub-Saharan African countries.

“Cash transfers are not only easy to implement but also can reach the informal sector. In this context, the government should provide support to the vulnerable segments of the population - especially, the self-employed in low-wage jobs and often residing in dense slums - whose livelihoods and incomes are being disrupted by COVID-19,” it said.