Half a billion people risk falling into poverty in the wake of the coronavirus pandemic, a new report has warned.

In regions such as the Middle East, North Africa and Sub-Saharan Africa, the adverse effects of the virus could lead to poverty levels similar to those recorded 30 years ago, a research released by the United Nations University World Institute for Development Economics Research (UNU-Wider) has cautioned.

The research looked at contractions in per capita household income and consumption by five, 10 and 20 per cent on the international poverty lines of $1.90 (Sh201), $3.20 (Sh339) and $5.50 (Sh583) daily spending and how these contractions will lead to an increase in new poverty numbers.

In just three-and-a-half months, companies across the world irrespective of their size have been hit badly, with transport impaired and people asked to stay indoors, while some countries have put in place complete national lockdowns.

Another report published by the United Nations Conference on Trade and Development points out that global economies will contract given the sudden stop to large swathes of activity and the resulting income loss in the manufacturing and services sectors across most advanced countries and China.

There are adverse effects on financial markets, consumption (through both income and wealth effects), investment confidence, international trade and commodity prices.

The research by UNU-Wider shows that even if incomes contracted by 5 per cent, which is the smallest value used, an increase in income-based poverty will be apparent for the first time in 30 years.

If it contracts by 20 per cent then the number of people living in poverty could increase by 420–580 million globally.

Economists and global health experts have called for immense support for poor countries, which are likely to suffer most due to their weak health systems, poor infrastructure and inadequate access to basic hygiene such as water and soap.

However, it is the devaluation of currencies against the dollar - its effects on debt repayment - that seriously threatens developing nations relying on imports of electronic and agricultural products such as fertilisers.

For a country like Nigeria, Africa’s largest oil producer, the price wars of oil between Russia and Saudi Arabia coupled with Covid-19 crashing stock markets, have left the country in a perilous position.

Writing on The Elephant website, Kenyan economist David Ndii says: “For us to stop the pandemic we have to disrupt the economy.”

This statement refers to the need for putting in place a lockdown to contain the pandemic, a move that may completely send developing nations to their knees.

In a move to show global solidarity, the United Nations is calling for a $2.5 trillion (Sh265 trillion) package from the G20 to cushion poor countries from the shock that will be inflicted by the coronavirus pandemic.

Apart from the mortality (those who die) and morbidity (those incapacitated by the virus) effects of Covid-19, the virus will also paralyse frameworks such as the United Nations Sustainable Development Goals (SDGs).

The study points out that achieving the SDGs aimed at ending poverty by 2030 might be a pipe dream because projections show that global poverty could rise for the first time since 1990.

“Depending on the poverty line, such increase could represent a reversal of approximately a decade in the world’s progress in ending poverty,” reads the report.

Some of the weighty and primary goals such as quality education, eradication of poverty and zero hunger are under threat.

With schools closed, companies laying off employees, informal sector workers finding it hard to find employment, the quest to achieve the SDGs seems to be taking a negative trajectory.

Why Ethiopia closed the door on foreign mobile money firms

Ethiopia, the second-largest market in Africa, has shut the door to foreign mobile money companies such as Safaricom 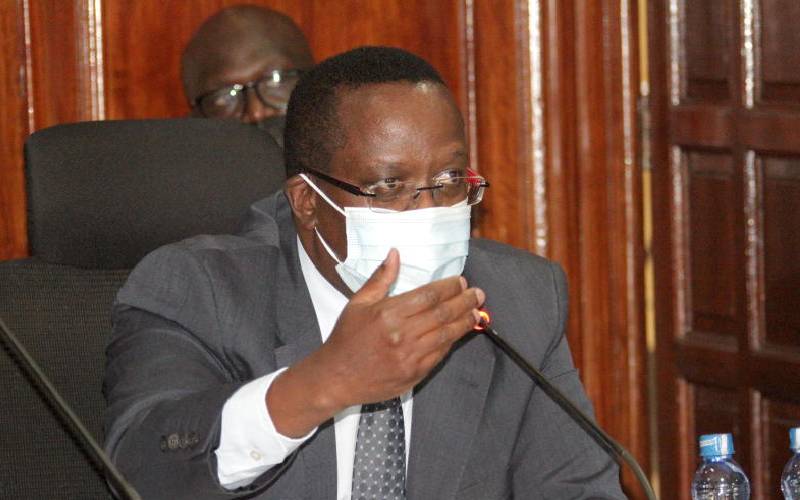