Emma Wanjiru had been packing roses at the flower farm in Kenya’s Rift Valley town of Naivasha for six months when she was told not to come back two weeks ago.

The mother-of-two was devastated to lose the monthly wage of Sh7,200 ($72) in a nation where unemployment is high and her husband’s wage as a mason too meagre to support their family of four.

“I didn’t understand when my supervisor first told me I was losing my job because of the coronavirus,” Wanjiru, 37, told the Thomson Reuters Foundation by phone from Naivasha.

“She said the flower orders were not coming anymore and there was not enough work for us all. I hope to go back to work when this coronavirus is over ... but I don’t know when that it is and how my family will survive until then.”

With overseas demand for fresh-cut flowers plummeting due to the COVID-19 pandemic, thousands of women in flower farms in Kenya and Ethiopia have lost their jobs and are at risk of being pushed into poverty, warned labour rights campaigners.

Agency says farmers will lose benefits of economies of scale

The coronavirus crisis, they add, has spotlighted long-standing problems in global supply chains, such as East Africa’s flower industry which employs mostly female workers growing bouquets of roses and carnations for western supermarkets.

“Flower workers don’t always earn a lot of money to have savings. We’re really concerned that they won’t have enough food on their table.”

The sector - which cultivates flowers for largely European markets such as the Netherlands, Italy, Germany and Britain - generates over $1 billion annually and employs hundreds of thousands of people across the two east African nations.

In Kenya, flower exports are among the top foreign exchange earners, along with tourism and remittances.

While in Ethiopia, the sector earned $280 million (Sh29.6 billion) in the last fiscal year, according to the Ethiopian Horticulture Producers Exports Association.

But lockdowns across many European countries, coupled with the cancellation of international flights, has led to flower exports in both nations plunging by up to 80 per cent, forcing farm owners to trash tonnes of their high-quality blooms.

“Because of the lockdowns in our main markets, flowers are not seen as a necessity, but more of a luxury. The concentration has been on health and safety products, and food,” said Clement Tulezi, chief executive of the Kenya Flower Council.

“Cash flows have become an issue and we had to look at how to remain afloat. The first thing to look at was the workers because wages take up 45% of any flower farm operation.”

Around 10,000 casual workers have been laid off, and about 50% of permanent workers given compulsory annual leave, said Tulezi, adding this was done in agreement with workers’ unions.

In neighbouring Ethiopia, industry officials estimate about 50,000 workers could lose their jobs in the coming weeks.

“We’re trying our level best not to lay off many employees,” said Tewodros Zewdie, executive director of the Ethiopian Horticulture Producers Exports Association.

“Many companies are giving annual leave to the workers. We hope the situation will improve in the coming couple of months.”

Both governments have introduced measures to support the sector - from rescheduling of loan repayments to removing limits on the repatriation of foreign exchange earnings - but there have been few measures aimed directly at supporting workers.

Flower workers are getting increasingly anxious. In Ethiopia’s northern city of Bahir Dar, flower farm supervisor Tirusew Kerebet has been at home for almost three weeks after being forced to take annual leave by her company.

“We’re afraid because our livelihood depends on the farm. If the situation continues for a long time, the company may let us go for good, we’ll become jobless,” said Kerebet, 26, who earns 2,900 Ethiopian Birr ($88) monthly.

Labour rights campaigners said the Covid-19 pandemic has highlighted how those at the beginning of supply chains will often suffer the most when disaster hits.

Flower pickers often don’t have contracts and work as casual labourers so it is easy to fire them when demand is low.

Both Ethiopia and Kenya lack robust social protection systems, which means that if workers lose their job, they have nothing to fall back on, add labour rights campaigners.

“Wages below a living wage are always a problem, but even more so in times of crises,” said Evelien Vleeshouwers, communication officer for the [email protected] campaign at the Dutch charity, Hivos.

“It means that the women workers haven’t been able to build up any savings, and therefore lack a safety net. It also means that they won’t have money to access health services that are much needed in times of a pandemic.”

Tulezi said he expected many workers laid off or sent home on leave to be called back to work in the coming months.

“We are seeing some demands coming in and we are still operating cargo flights so I am optimistic,” he said.

Some organisations such as the Fairtrade Foundation are working with local farms in Ethiopia and Kenya to provide additional financial support to more than 50,000 workers.

Back in Naivasha, laid-off casual worker Wanjiru has not received any help from anyone. All she knows is that her last paycheck won’t last beyond a few more days.

“I have managed so far on last month’s salary by buying smaller rations of food and not buying meat,” said Wanjiru.

“But now we are into April and the rent is overdue, but there’s just a few hundred shillings left.” 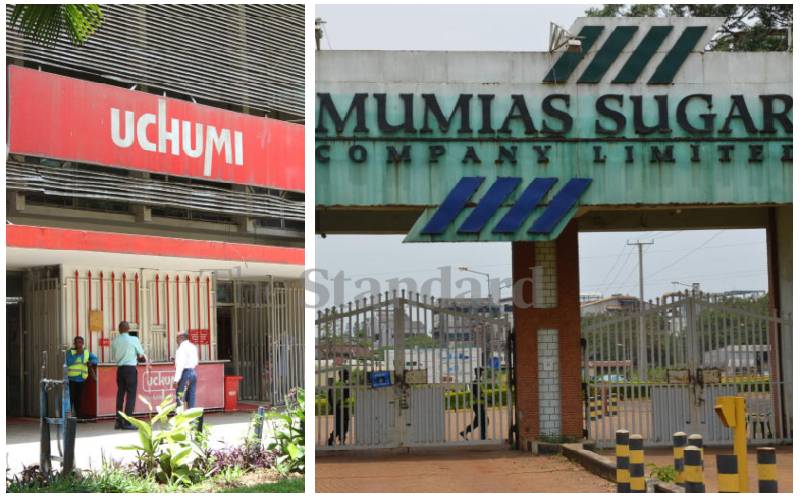