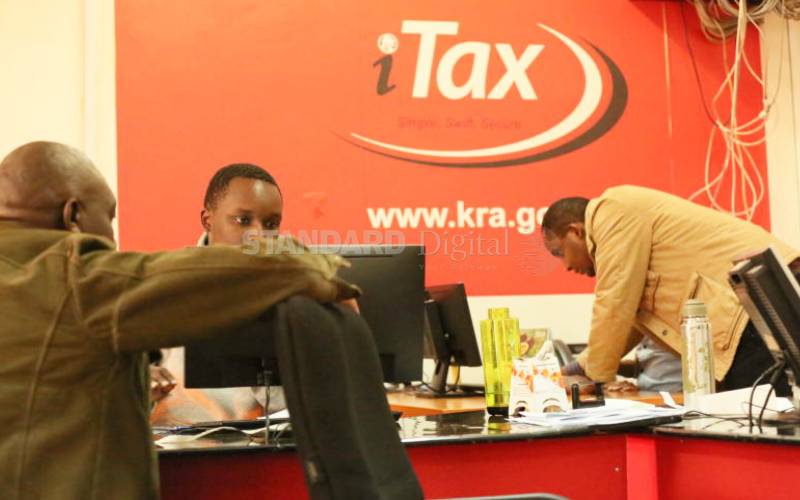 The Kenya Revenue Authority (KRA) will roll out a new revenue collection system for Nairobi County in July.

The taxman took over revenue collection in the capital on March 16 after the signing of the deed of transfer between Governor Mike Sonko and Devolution CS Eugene Wamalwa.

In the deed, Sonko ceded health, transport and public works, utilities and ancillary as well as planning, and development services to the national government.

The new revenue collection system, being developed by the Interior ministry, will be known as Taifapay and is expected to be ready by June.

This was revealed in a KRA takeover strategy document seen by The Standard, which details the measures to be implemented by KRA Commissioner General Githii Mburu (pictured) to ensure effective revenue collection in the capital.

“The Ministry of Interior has developed a system comprising of a portal, payment gateway (Taifapay) and a back office system. Completion of the system is by June and roll-out in July 2020,” read the strategy paper.

Revenue collection in Nairobi is currently carried out through the National Bank of Kenya after JamboPay’s contract was terminated in April 2019.

Jambopay had served the county since 2014 and was responsible for the automation of Nairobi's 137 revenue streams, including parking, rates, single business permits, fire inspection certificates, billboard advertisements and food handlers’ certificates.

However, KRA, in its report, has termed the current LAIFOM system as obsolete. It also points out a lack proper reconciliation of payments between NBK and Nairobi County and incomplete records.

“The systems are prone to challenges such as outdated database infrastructure, data centre instability, outdated anti-virus and operating system and the construction permit system is managed by a third party,” read KRA's report in part.

In the next 100 days, however, KRA has set out a raft of measures such as improving availability and reliability of LAIFOMS, relocating the county’s database and system to its data centre.

The revenue authority will also be integrating its systems with those of NBK and use KRA offices to provide services to Nairobi residents reducing the human traffic at City Hall.

At the same time, KRA has established the County Revenue Division (CRD) that is charged with enforcing revenue collection and ensuring compliance.

The office of the CRD will include county officers and the KRA officials. It will however be under the overall supervision of the taxman.

“The KRA has already created the CRD, identified KRA and county officers to be seconded to the division via a gazette notice published on March 17, 2020,” states the report.

He will buy the additional shares from other shareholders selling at the Nairobi Securities Exchange (NSE) over time.

Why Nakuru is most preferred trade hub